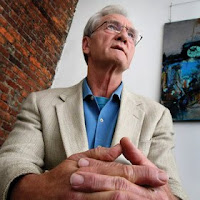 The U.S. Supreme Court's recent ruling that limited the scope of the federal honest-services fraud statute appears to be good news for victims of Bush-era political prosecutions. The ruling could lead to freedom for those who have been wrongfully imprisoned in the Don Siegelman (Alabama) and Paul Minor (Mississippi) cases.

But the ruling also presents a number of potential downsides. It could make it harder for victims to ever receive full justice. And it could make it easier for truly corrupt public officials to get away with misconduct.

Perhaps worst of all, the ruling might help obscure the truth about what really happened in the Siegelman and Minor cases. If the defendants are eventually cleared, it might seem to be only because the Supreme Court issued a new version of the law. In fact, the defendants never should have been prosecuted, much less convicted, under the old law.

Justice in the Siegelman/Minor cases never will be about the evolution of honest-services law. It's about the need to address rank corruption. It's about prosecutors who surely knew they had no case under any version of the law but proceeded anyway. It's about judges who helped assure convictions by giving bogus jury instructions.

On the surface, the Supreme Court's findings dealt with the cases of former Enron executive Jeffrey Skilling and former media magnate Conrad Black. But we suspect their ultimate effect will be to hide the ugly truth at the heart of the Siegelman and Minor cases.

The legal profession has a vested interest in convincing the public that it operates in an honest fashion. If the public ever understood that innocent citizens were imprisoned because of their political affiliations--and came to understand how that happened--there would be calls for massive reform of the justice system. And that's the last thing lawyers and judges want.

What to do? Make it look like the Siegelman/Minor defendants got off only because of a technical change in the law. That legitimizes the actions of prosecutors and judges at the trial level. It legitimizes the blatantly unlawful actions of appellate courts, the 11th and Fifth Circuits, that have upheld portions of the convictions.

Why does this matter down the road? Given the Obama administration's determination to ignore apparent crimes by Bush-era officials, the victims' best chance for true justice probably lies in the civil arena, with lawsuits for rampant violations of Constitutional rights.

If Don Siegelman, Richard Scrushy, Paul Minor, Wes Teel, and John Whitfield are freed from prison and file lawsuits, they could be entitled to massive damages. How do you quantify the suffering of men who have lost a collective 20-plus years of their lives? How do you put a price tag on that? Who will be held accountable?

Such lawsuits, we suspect, become harder to win if it appears the convictions were obtained legitimately, under the law at the time. And that's what the Supreme Court's Skilling/Black rulings appear designed to do.

The bottom line? Victims of Bush-era political prosecutions might now be more likely to receive their freedom. But they might be less likely to achieve true justice down the road.

Finally, problems with the Skilling/Black rulings go beyond the victims of political prosecutions. The decision also leaves the public more vulnerable to the misconduct of truly corrupt public officials.

So what is the purpose of an honest-services statute that depends on crimes that already are covered under other laws? Best we can tell, there isn't one. It might as well not exist.

Essentially, the Supreme Court has monetized public corruption. But history tells us that not all corrupt acts are driven by money. What about the judge who rules unlawfully as a favor to certain parties or attorneys? What about the mayor who ignores zoning laws for a certain business because he's having an extramarital affair with the owner?

Such acts might not be driven by money, but they still are corrupt. The public still is being deprived of the official's honest services.

That was the beauty of the old honest-services law. It recognized that public officials can act corruptly, whether money is involved or not. Until Congress gets around to rewriting the honest-services law to address the Supreme Court's concerns about vagueness, it will be open season for public officials to commit corrupt acts--as long as the wrongdoing does not appear to involve money.

What could this mean to the public. Consider the case of former Chicago patronage chief Robert Sorich. He was sentenced in 2006 to 46 months in prison for convictions mainly on honest-services charges. Our research indicates that the Sorich case did not involve bribes or kickbacks, and he did not benefit monetarily. But he was involved in a scheme to hand out thousands of city jobs as political favors, regardless of the candidates' qualifications.

By almost any definition of the word we've seen, Sorich acted corruptly. But under the new Supreme Court finding, he committed no crime at all. And we suspect he soon will be a free man.

Public officials long have been likely to get away with all kinds of sleazy acts. That becomes even more likely now--especially if they make sure there is no clear money trail.

So where has the Supreme Court left us with its revisions to the honest-services law? In the short term, it appears encouraging. In the long term, it's much more of a mixed bag.

Are the victims of the Siegelman/Minor prosecutions more likely to receive their freedom? Maybe. Are they more likely to achieve true justice? Probably not. Is the public more likely to see public scoundrels get away with misdeeds? Yes.

Has the Supreme Court given citizens any reason to be more confident in their justice system? Definitely not.
Posted by legalschnauzer at 10:57:00 AM

I have just reviewed the list of US Attorneys on the web site "Main Justice" .
I was astonished that of the Bush holdovers, there are only 3 for which there is no nomination or recent confirmation. One is for the District of Maryland. Another is Puerto Rico. The third is the Middle District of Alabama.

Analyze the list carefully, and you will see that others that have not yet been confirmed are to remain in the position, were not Bush holdovers, or have been nominated/confirmed. This is shocking! How long can the Obama administration justify keeping the existing US Attorney for Montgomery in her position?

Thanks Mike Dale! I have read that list too. You can thank a divided & conservative leaning Alabama Democratic Party. Artur Davis was placed in charge of the recommendations & Mr. Davis certainly didn't help matters when he tried to bolster his bid for Governor by voting against The President's health care reform bill and soliciting endorsements & contributions from The Business Council of Alabama crowd.