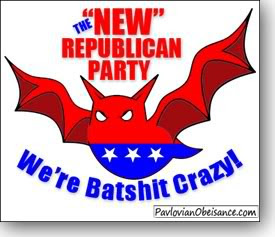 A disturbing mystery, with political overtones, is evolving in Alabama. And a post we wrote about it recently elicited a response that might provide our most glaring evidence yet that some Republicans are sociopaths.

Zoa White, a 69-year-old former aide to Governor Bob Riley, was found dead in her home June 28 in Mobile. Police indicated there were signs of a burglary and immediately began treating it as a murder investigation. Officials disclosed that White died from blunt-force trauma to the head. But other than that, they have been tight lipped, with no word about forced entry or items missing from the home.

Mobile police are comparing the White case to that of Kyser Miree, a young engineer who was shot to death about one mile from White's home. Four suspects have been arrested in the Miree case, but for now, officers are saying the two cases appear to be quite different.

What about the larger issue, of truly disturbed people being affiliated with one of our major political parties? We have spotlighted the possible connections between antisocial personality disorder (sociopathy) and the modern Republican Party. And we've noted that a particularly virulent strain of sociopathy seems to run in the Alabama GOP. The latest evidence of that came in an anonymous comment we received recently.

In our post reporting that Zoa White had died from a blow to the head, we noted that sources had said White was especially close to Bill Johnson, another former Riley aide who has become one of the governor's most harsh critics. Johnson has called for investigations into Riley's connections to Jack Abramoff and Mississippi gaming interests, plus the governor's possible conflicts of interests involving family members.

Sources have told Legal Schnauzer that Johnson was close not only to White but to her family, and he is deeply saddened by her death. You and your sources. Ha Ha.

So, you find humor in a story about a woman being bludgeoned to death?

Actually, I didn't find it interesting; I found it chilling. But given the interactions I've had with certain Alabama conservatives, I wasn't surprised.

The fundamental definition of a sociopath is someone who lacks empathy, who has no concern for the rights or feelings of others.

Do you see any signs of empathy in our anonymous comment? I sure don't. A woman has been found beaten to death in her own home, and this individual leaves a comment that ends with, "Ha, ha"?

Here is something even more disturbing: I strongly suspect the anonymous commenter is close to the Bob Riley camp and probably knew Zoa White. I captured the commenter's IP address, and it's the same one from which I've received numerous threatening or smart-alecky missives.

If the person indeed knew Zoa White, wouldn't you expect him to exhibit some sign of sadness at the death of a fellow Riley supporter? Do you see any hint of sadness in the comment? I can't find it.

Truly a sick individual. Hope who ever is investigating finds the perpetrator/perpetrators.

The White case should probably be investigated by an office other than the one headed up by John Tyson.

You bring up a great point I left out of my post. This case is being investigated by Mobile DA John Tyson, Bob Riley's BFF. I can't imagine anyone having confidence that John Tyson will get at the truth in this matter.

This is a very compelling story that no one is touching, except for Legal Schnauzer, that I have found.
Please keep us apprised of any more developments.
Awesome job on this!

So who do you think killed Mrs. White?