Alabama and the U.S. Have Lost a Champion of Historical Preservation 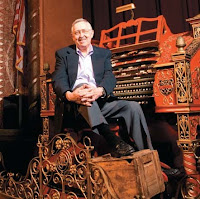 A model Alabama citizen has died, but it does not seem like a time to mourn. Cecil Whitmire lived in a celebratory mood, so we celebrate his life and the lessons he taught about historical preservation.

Whitmire, who resurrected the landmark Alabama Theatre, died Sunday at age 74. His funeral is today in Pelham, and a public memorial service will be at 2 p.m. on September 12 at the classic theatre he loved so much in downtown Birmingham.

In our view, the Alabama Theatre is one of the coolest places on earth. But it was not always in such grand shape. When I moved to Birmingham in 1978, the Alabama was a first-run movie house. In fact, I can remember seeing Animal House there. By the mid 1980s, it had fallen into disrepair; bankruptcy, and perhaps the wrecking ball, were on the horizon.

But Whitmire led a grassroots effort to save the theatre, becoming president of Birmingham Landmarks Inc. The organization bought the theatre, renovated it, and turned it into a major performing arts venue.

What is the Alabama like now? You can get a sense of its grandeur here:

Our state has abundant natural beauty and numerous man-made sites of interest. But if an outsider asked me, "If I could only do one thing when I come to your state, what should it be?" I would say, "Visit the Alabama Theatre." (My No. 2 suggestion would be to visit Rickwood Field in Birmingham, the oldest baseball park in America and another glowing example of intelligent and loving preservation.) 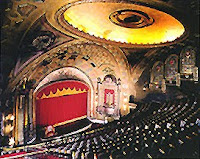 Mrs. Schnauzer and I have many fond memories of the Alabama Theatre, and we are planning another visit in the not-too-distant future. We have seen a number of classic movies there--King of Kings (1927),  Phantom of the Opera, Dracula (1931), Citizen Kane, and Titanic. We've enjoyed wonderful theatre productions (Godspell) and classic rock (Hall & Oates). We were among the several thousand who jammed the Alabama for two shows after local boy Taylor Hicks had won American Idol in 2006.

You don't have to attend an event to enjoy the Alabama Theatre. We have two ancient Nissan Sentras (1985 and 1994), and I long have taken them to Jim Burke Nissan downtown for maintenance. In the days before I got cheated out of my job at UAB, when one of the cars was due for a checkup, I would drop it off at the dealer early in the morning and ride a shuttle van to work. There was no van service when the car was ready in the afternoon, so I would put on my tennis shoes and walk the three or so miles from my UAB location to the dealership.

A little over halfway through my trek, I would come upon the Alabama Theatre at 1817 3rd Avenue North. I would tug on one of the front doors, and sometimes they were locked. But many times, they were open, and I would wander inside to look around for a few minutes, taking in the beauty and history in almost total silence.

It felt like a religious experience, and for a few moments, the Alabama Theatre was my personal cathedral. I can recall several times offering a silent prayer of thanks to Cecil Whitmire for having the vision and energy to restore an invaluable part of our city's history.

We renew that prayer of thanks today.
Posted by legalschnauzer at 11:50:00 AM

Wonderful post Roger.
Cecil will be sorely missed by all of us who had the pleasure of knowing and hearing him play the mighty Wurlitzer.
His contributions to preservation were immeasurable--Birmingham has lost a lot with his death.
Rest easy Cecil...