Will Berwick Help Shine a Spotlight on Medicare Fraud at Universities? 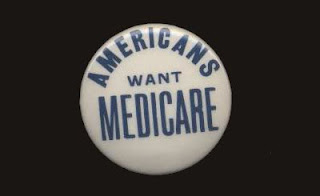 President Barack Obama's recess appointment of Dr. Donald Berwick to head the Centers for Medicare and Medicaid Services (CMS) probably is seen as a political story at the moment. But it soon should focus attention on soaring health-care costs and the fraud that helps drive them.

Berwick is known as an expert in controlling costs, and he should turn a critical eye toward universities. That's because major research institutions have bilked Medicare, and taxpayers, out of billions of dollars.

We have covered this story extensively because the University of Alabama at Birmingham (UAB) has been a prime offender, with a whistleblower estimating the university's fraud over a 10-year period at $600 million. Rob Riley, the son of Alabama Governor Bob Riley, reportedly is another offender. A federal lawsuit alleges that one of Rob Riley's companies has engaged in Medicare fraud, in conjunction with a number of UAB associates.

If Obama and Berwick want to get health-care costs under control, they need to start by scrutinizing the activities of places like UAB and people like Rob Riley.

The New York Times says Berwick is the right man for the powerful CMS job:

Dr. Berwick’s major credential for the job is that he leads the Institute for Healthcare Improvement, a consulting group that promotes measures to improve the quality and safety of health care while reducing its costs. He has been enormously successful at getting health care professionals and institutions to work together to reform their practices—exactly what the agency needs.

As for health-care fraudsters, Obama has signaled that he is serious about taking them on. Several months back, the president authorized the use of high-tech "bounty hunters" to root out health-care fraud. The anti-fraud plan was part of Obama's final push to get a health-care reform bill passed, and he signed the legislation on March 23.

Business groups opposed to reform claimed that the health-care system already is riddled with fraud. So Obama made attacking fraud a key part of his plan, and we suspect Berwick will be a key player in that plan.

As head of CMS, Berwick figures to be a strategist and administrator, not a watchdog. But taking Obama's lead and working with the Department of Justice, he should help set a tone that says: "Medicare fraud will not be tolerated."

How big is the problem? Experts say it costs taxpayers $54 billion a year.

Let's take a closer look at what we know about UAB, one of the top gobblers of federal research dollars in the Deep South. As we have reported here at Legal Schnauzer, UAB has been riddled with both research-funding fraud (misspent Medicare and NIH dollars) and scientific research fraud (fudged results on clinical studies).

In both kinds of cases, the taxpayer is the loser, paying through the nose for cheaters who hide out at research universities.

What is Obama's thinking on the subject? He says it merits the use of "bounty hunters." Consider this from an Associated Press report:

Obama's anti-fraud announcement was aimed directly at the political middle.

Waste and fraud are pervasive problems for Medicare and Medicaid, the giant government health insurance programs for seniors and low-income people. Improper payments--in the wrong amounts, to the wrong person or for the wrong reason--totaled an estimated $54 billion in 2009. They range from simple errors such as duplicate billing to elaborate schemes operated by fraudsters peddling everything from wheelchairs to hospice care.

The bounty hunters in this case would be private auditors armed with sophisticated computer programs to scan Medicare and Medicaid billing data for patterns of bogus claims. The auditors would get to keep part of any funds they recover for the government. The White House said a pilot program run by Medicare in California, New York and Texas recouped $900 million for taxpayers from 2005-2008.

The problem of health-care fraud is widespread in higher education. That's why many universities tried to cut deals with the Bush administration before Obama took office. Consider this passage from one of our earlier posts:

Among those waiting until the last minute, according to a report by Carrie Johnson of the Washington Post, is Yale University.

Yale recently agreed to pay $7.6 million to settle claims that its researchers overbilled on federally funded research grant. The Associated Press article mentions similar settlements have been reached at other institutions, including Northwestern, Johns Hopkins, Cornell, University of Connecticut, and UAB.

The bottom line? Research universities have been eating, and cheating, at the federal trough for years--and mostly getting away with it. Obama, as part of his plan to reform our health-care system, has pledged to bring that to a halt. Our guess is that Dr. Donald Berwick will be a key ally in that effort.

We even have a helpful suggestion: Mr. President, why don't you and Dr. Berwick start at UAB, which ranks behind only the University of North Carolina and Duke University among Southern institutions raking in federal research dollars? And while you're at it, look at Rob Riley and his connections to UAB physicians.

UAB announced a few months back that, even amid the Bush Recession, it had reached $485 million in annual research funding, a new institutional record.

Obviously, UAB's research freight train still is chugging along. But is it running on the right tracks, on an ethical course? Our guess is that it probably is not. Obama and Dr. Berwick need to send some bounty hunters to the scene.
Posted by legalschnauzer at 10:10:00 AM