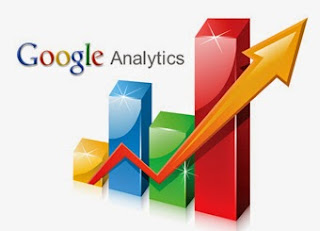 Legal Schnauzer recently reached two milestones, and I never dreamed we would approach either one. First, we passed 3 million page views. Then, we reached the blog's 10th anniversary.

* Played a lead role in the ousting of corrupt political figures, such as Alabama "Luv Guv" Robert Bentley and his mistress "Home Wrecky Becky" Caldwell Mason, plus former U.S. Judge Mark Fuller. We played a supporting role in the investigative journalism that led to the conviction of former House Speaker Mike Hubbard.

* On a story that has international implications, we've reported on Trump Attorney General Jeff Sessions and his history of corrupt actions dating back more than 20 years in Alabama. If the Trump administration goes down because of the KremlinGate scandal, Sessions likely will be in the middle of it.

As for our milestones, they start with our first post, which was titled "Is 'Your Honor' Really Honorable?" and published on June 3, 2007. Some 3,378 posts later, we are still cranking out the kind of investigative journalism that is found at very few news outlets in Alabama, or anywhere else. For the record, I think the coming weeks and months will bring some of the most explosive reports in our history.

We're not certain when we passed 3 million page views, but the current number from the primary statistics service that we use is at 3,063,424. Our all-time unique visits are at roughly 2.19 million.

For reasons I don't fully understand, our second stat service (which is Google based) provides significantly different numbers. It has our all-time page views at 5.6 million, which means we passed 3 million there a long time ago. I didn't sign up for the first stat service until I had been blogging for several months, while the second one is attached to the blogging platform itself, and that might explain part of the difference. But on a daily basis, the Google-based counter provides a number that is roughly 1,000 higher than the independent counter.

That means it took a little more than 4 years to reach 1 million, another 3 1/2 years to reach 2 million, and another 2 1/2 years to reach 3 million. That indicates there is a serious appetite for the kind of journalism we produce at Legal Schnauzer -- and I would say that's a good thing, especially given that we might be heading into an era of public corruption that will be unlike anything this country ever has seen. And much of it likely has ties to Alabama.

In October 2013, I was kidnapped by "law enforcement" from inside our home in Birmingham and tossed in jail for five months. In essence, I was arrested for blogging, reporting on the gross corruption that only recently has caught the attention of the state's somnolent mainstream press. In summer 2014, forced from our home by a wrongful foreclosure, Carol and I landed in Springfield, Missouri, where I grew up. In September 2015, we were the targets of an unlawful eviction, which included cops pointing assault rifles at my head and shattering Carol's left arm so severely that it required trauma surgery.

For your gracious support, we offer our most sincere thanks. And we invite you to stick around for the next 3 million page views.
Posted by legalschnauzer at 1:45:00 PM

This is great news. Many congrats.

Maybe "Luv Guv" and "Home Wrecky Becky" will want to throw a party for you to celebrate.

I'm not holding my breath on that one. If it's a costume party, I guess everyone would have to come wearing boxer shorts. Maybe I could dress up as Wanda's desk.

Congratulations! (and no costume parties....frightening thought as to who might show up!)

Congratulations Roger and Carol. I have followed you from afar for many many years. As you know I am not an American but I am proud to have American friends.
Your blog represents one of the things I respect most about the Spirit of America. You have a dogged determination to see justice but you also have a good heart, I am sure you will prevail against those who have tried so hard to silence you

Steve... Thank you for your kind & eloquent comment. As always, we appreciate your insightful & encouraging words. You have the best heart of anyone we know. I hope you realize how much we cherish your friendship & that we are so proud & grateful to have you as our wonderful friend from across the pond.

All the best,
Carol & Roger

I wish you could win a Pulitzer for being the journalist who actually broke the "Luv Guv" Bentley story. My guess is that al.com will nominate itself.