This is Carol, Roger's wife. A man who committed suicide in the Shelby County Jail recently was in the general inmate population even though he had been diagnosed with a serious mental health disorder.

Steven Ray Dismuke, of Jakin, GA, had told inmates that he had been diagnosed with bipolar disorder and schizophrenia, but he had been placed in the general population. Dismuke also said he was not taking his medication since he had been arrested some 10 days earlier by Shelby County deputies. "This event has been reported in the press as a death that is under investigation," said Legal Schnauzer publisher Roger Shuler. "But there is nothing mysterious about it. Steve Dismuke jumped to his death some 27 feet off a two-story cell unit and he had told inmates that he was bipolar and schizophrenic and was not on his medication. That's just one of several alarming circumstances surrounding this death." Shuler said Dismuke's death also raises issues about jail design, inmate surveillance and traffic stop procedures by Shelby County deputies.

Shuler has been housed in the Shelby County Jail since Oct. 23 based on a lawsuit by Republican political figure Rob Riley who seeks to have certain posts removed related to lobbyist Liberty Duke. Law dating some 230 years to the early days of the country say that such prior restraint on publication is unlawful, but Shuler has been held in civil contempt for failing to remove the items even though there's been no discovery in the case and no final judgment that the material is false and defamatory. Shuler has spent his birthday, Thanksgiving and Christmas in jail and has been now incarcerated for more than two months. 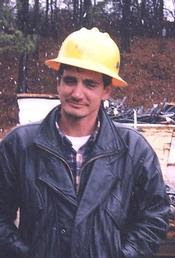 ... John D. Rockefeller lobbied State governments as well as the Federal Government to have the Corporate laws passed about how Corporations are to be Chartered. What kind of corporate reforms do you want implemented so the Robber Barons never become too powerful once again making them subject to the “ Rule of Law” instead of being above the law.

Karen Hudes: There are many other issues involved, such as the licensing of the legal and accounting professions. The public needs to be in charge of these professions and discipline errant lawyers and accountants. Without this, there can be no meaningful corporate law reforms.

God Bless Mr. Dismuke. May he be granted rest and eternal peace.

One would think the staff would take care of such issues if for no other reason but to avoid a huge civil suit.

My thoughts are with Mr. Dismuke's family and friends. It is truly a tragedy that he died, when there was no need for it.

e.a.f.-- They are going thru the charade of an investigation of what happened alleging it was an "accident" and such. They know full well they are 100% responsible for this poor man's death. The staff was aware of his mental issues & his dire need of medication and yet refused to administer his medication for several days resulting in his tragic suicide. This just shows how horrific the Shelby County Sheriff's Office is in that they arrested this man for no good reason, denied him his meds knowing he had a serious mental health issue and then when he jumped to his death they proceeded to downplay their role in the travesty alluding to an unfortunate accident. These people are unbelievable!!

If investigation that inconclusive, may be best to get outside opinion; call Dr. Downs, he is dedicated to the truths!

Why did Doctor Downs leave his position, 2002, in Alabama at that particular time for Georgia's; what were the events ongoing that was compromising his dedication to "the truths"? Elections? Who knows what, that it is, not known by public?