This is Carol, Roger's wife. As discussed yesterday, we are glad to report that media coverage of the Legal Schnauzer first amendment case continues to expand. Once again, one of the more interesting articles published recently appeared in the WhoWhatWhy website on Nov. 25. It was written by David J. Krajicek who paid Roger a visit in jail and did his first jailhouse interview.

Here is the link to the article:  In Jailhouse Interview, Alabama Blogger Says He Won't Budge

This article was very well done also. And again, I very much appreciate all the hard work and effort that went into it.

However, there was one statement that was highly inaccurate and it misrepresents a very important point:


"Shuler insisted he was not legally served because the documents were not placed in his hand."

I have no clue how or why the above statement was even in the article because it has absolutely NO basis in fact and Roger NEVER said any such thing. It is utterly and completely false. To understand the truth about what happened during the bogus and unlawful "service" during the phony traffic stop and the pertinent law involved, please read the blog posts written by Roger Shuler himself on Legal Schnauzer. 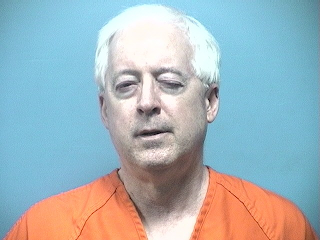 Is there anyway to write Roger to lift him up and send a note of encouragement?

sent email, been supporting a very sick friend that is fighting the corrupt courts in Agenda 21 territory, Pacific NW, but, still writing about Roger, can't not be for him every second of the moment.

Hope this note finds you well and holding up strong.

If they allow Roger an email, I would be surprised,

therefore for those of us who live a long way from you and Roger, would you put up the information on your blog for his required completed jail address i.e. like cell number, bed number etc......

I say a prayer before I go to sleep every night for both of you.

Phil.. What I meant was to send me a direct email to Roger's email account at rshuler3156@gmail.com. I am in it all the time & I will reply directly to you via email with his mailing address info promptly. Roger has a lot of enemies & I am not sure about publishing his mailing address on here. I don't want him flooded with idiotic hate mail from stupid SOBs. He is under enough stress as it is. But I know he would love to hear from his supporters. Thank you! .... Carol

Please let Mr. Shuler know I think of him and you frequently. Your struggle with the Alabama "legal system" is difficult.

Given the media coverage this is all getting perhaps some of those who started this are having some second thoughts.

I trust you and Mr. Shuler will come through this quickly and be able to get on with your lives. It is very difficult when ones spouse is in jail for no other reason but some one doesn't like what he writes.

Take care of yourselves. Your updates are great,

In the State of Washington, the Agenda 21 is getting down into the real ways to demand our rights'.

The sovereign immunity these so called Riley clan think they have, they don't.

But, you have to according to the lawsuits being filed against, for example, the S.M.A.R.T. meters and Agenda 21, ask to sue the officials that are violating our rights'.

DEMAND an investigation into Roger's Civil Rights' violations from the beginning of not ever allowing due process in the cases filed to finally throwing him into a gulag for being smart enough to honor our Declaration of Independence and Constitution of the United States of America.

Also, which JUDGE can be actually a decent enough human being to file, Permission to DO OUR DUTY and get rid of the government that isn't our government -protectors' and not violators' of our rights'.

This is how you can go after the so called immune -they're not.

Ask an Article III Justice to allow a lawsuit to proceed against the violations of the
1. Bill of Rights, 2. Preamble, 3. U.S. Constitution, 4. *DECLARATION OF INDEPENDENCE.

Read the law of our true justice, in each of the above named.

*Reread the Declaration of Independence and know Roger was and is the true hero of our U.S.A.

Stand in solidarity with Roger.

Affidavits can be filed.

Shall Email when we've finalized our first domino in our cases.

Elizabeth... Thank you so much for your kind words of support and encouragement. I appreciate it very much and will let Roger know of your well wishes. Good to meet you. Glad you like the updates. So nice of you to say. Take care! Carol