Evidence shows member of Alabama State Bar staff has interfered in at least one of our pending federal court cases, pointing to possible crimes and RICO acts 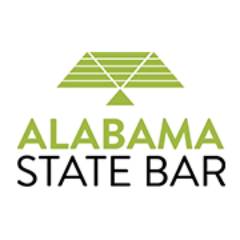 I've suspected for about eight years or so that someone has been interfering with our court cases, both at the state and federal level. Now, I have evidence that points to the origins of at least some of the interference -- and it appears to come straight from staff members at the Alabama State Bar.

This all points to likely violations of federal criminal law -- obstruction of justice, misprision of a felony, wire fraud, honest-services fraud, conspiracy -- and they could form the "predicate acts" for a civil and/or criminal complaint under the Racketeer Influenced and Corrupt Organizations Act (RICO).

Yes, the organization that is supposed to police lawyers and ensure that our courts are honest appears to be engaged in racketeering. That should be comforting to all Alabama citizens, and it's little wonder that our courts have become corrupt sewers, at every level. But it will not be a surprise to those who have known the ugly reality of the Alabama State Bar. For years, it has been infested with cronies of crooked Republican political figures, including Jeff Sessions, Bill Pryor, Bob Riley. Ali (Akbar) Alexander, and others.

The interference in our situation definitely takes one form: Trampling our Sixth Amendment right to counsel and ensuring that we are not able to obtain the services of a lawyer. I suspect it takes another form: Collusion with judges to ensure that we receive one unlawful ruling after another, many of which have been documented on this blog, going back to Legal Schnauzer's beginnings in summer 2007.


Do I expect anything of substance to come from McElvy's investigation? No, I do not -- especially after learning last week that Judge Roman A. Shaul, had been selected as full-time general counsel at the bar, meaning McElvy soon will be hitting the exits. The esteemed acting general counsel made no mention of that in our phone conversation.

McElvy did  provide one tidbit of interest. If the Birmingham-area attorney had an ethics question, McElvy said, the call almost certainly went to Vickers and not McIntire. For now, I'm assuming Vickers made the improper statements pointing to interference, but it remains less than 100 percent clear.

McElvy has not responded to my written complaint, which I sent via email, as instructed.

I made it clear to McElvy that I consider this a matter of utmost seriousness, and I intend to use every possible avenue -- up to, and including, RICO -- to seek justice for gross violations of our constitutional rights.

If the interference is as blatant and long-running as I suspect, members of the Alabama State Bar staff and its attorney roster, could wind up in federal prison.

How did all of this come to light? We will have details in an upcoming post.