FBI shows interest in Gov. Robert Bentley's reported efforts to use law-enforcement resources against lawyer and journalist who reported on affair 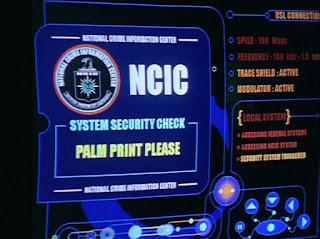 The former head of the Alabama Law Enforcement Agency (ALEA), according to multiple news accounts, has met with FBI agents about Governor Robert Bentley's reported order to use federal and state data bases to investigate a lawyer and a journalist who had reported on social media about the governor's extramarital affair with former advisor Rebekah Caldwell Mason.

The lawyer is Donald Watkins, of Birmingham, who has written extensively about the Bentley administration on Facebook. The journalist is me, and I apparently incurred the governor's wrath after breaking the affair story last August.

Spencer Collier, whom Bentley fired on March 22 before the affair story attracted national news coverage, met with the FBI last Thursday, according to a report at Alabama Political Reporter. The meeting reportedly covered a number of topics, with one of them being Bentley's efforts to use law-enforcement resources in order to silence reporting from Watkins and me. Writes Bill Britt:

On Thursday, WSFA reported that former Alabama Law Enforcement Agency (ALEA) Chief Spencer Collier, met with agents under the authority of US Attorney for the Middle District, George Beck. Scant details of the meeting are known at this time, but it is believed that in recent days, Beck’s office has been gathering information concerning a number of issues surrounding the Bentley Administration.

Reportedly, the FBI is looking into the firings at ALEA, the closing of criminal investigations, the use of NCIC and LETS to target enemies, and Bentley’s relationship with his now former senior advisor, Rebekah Caldwell Mason and her husband, Jon. Bentley’s order to lie and not provide an affidavit to the Attorney General, in relation to the Speaker Mike Hubbard criminal case, is also believed to be of interest to the US Attorney, as well as Bentley’s 501(c)4.

Also according to law enforcement officers, Bentley ordered Collier to use the NCIC data base and the State’s LETS, to launch an investigation into critics Donald V. Watkins and Roger Shuler.


In a separate article, Britt reports that Collier refused to carry out Bentley's order. It is unclear if Bentley found someone else to investigate Watkins and me, what (if any) information they might have found, and how it might have been used. The second article is titled "What we know, what we think, what we can prove." Here is Britt's take on Bentley's apparent efforts to shut down the accurate reporting of two citizen journalists:

What do we know?

Bentley ordered Collier to use the NCIC data base and the State’s LETS, to launch an investigation into critics, Donald V. Watkins and Roger Shuler. Collier claims he refused.

What do we think?

If Bentley was targeting private citizens, this could be a serious abuse of power. Did Bentley have others targeted in other ways?

What can we prove?

Bentley ordered Collier to use the NCIC data base and the State’s LETS system. Collier did not comply.


For now, we know this for sure: The FBI's presence suggests this is a serious matter that might become extremely serious. Writes Britt:

The revelation that Collier met with agents from the US Attorney’s Office further confirms that events surrounding the affidavit, the firings at ALEA and other actions related to the Bentley-Mason affair, have generated more than just public outrage.


With each passing day--drip--and each new revelation--drip, drip--Robert Bentley sounds more and more like Richard Nixon.
Posted by legalschnauzer at 5:35:00 PM

IF the FBI continues the investigation, I'd suggest you start writing your book sooner than later. As I've said before, all of this has the makings of a good movie.

Can the FBI be trusted to get to the bottom of this sleaze pit, especially when you consider that the Obama DOJ has been worthless? I have serious doubts.

Isn't Beck connected to Bradley Byrnes, Bentley's legal advisor? And does this have any implications to Alabama Power and University of Alabama.

It's certainly refreshing to see a person come forward with the truth for the sake of the greater good and standing for what's right. Spencer Collier's courage has to be admired considering the power he's up against. It will be interesting to see if Bentley's machine can wreck his life. If it happens Spencer Collier certainly won't be the first whistleblower who suffered in this country. He should get in touch with GAP who can help him further. It's their thing: https://www.whistleblower.org/

Good point, @7:31. Spencer Collier truly has provided a public service, and it sounds like he's still doing that behind the scenes. I'm not a lawyer, but it sounds to me like Collier should have grounds for a major lawsuit against Bentley, and maybe others. I hope he nails 'em.

LS: As I asked on your previous post, isn't the FBI already involved in Alabama with some aspects of this through Keith Baker's presence? How is the FBI to be trusted with this kind of a rogue actor involved (and let alone still in the FBI)?

This ACEG group under Bentley and Ms Mason....doesn't it look more and more like a Clinton-Foundation gimmick? You walk in as a lobbyist....put a marker or cash down...you got a favor. Or am I reading this wrong?

I have little doubt that Bentley found a way to screw with you guys--and he found someone to do it for him. That eviction in Missouri has Alabama fingerprints all over it.