A health-care professional provides insights from the front line about delusional disorder: What it really is and how real cases can manifest themselves 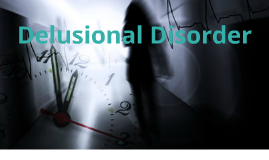 Our post earlier this week on delusional disorder prompted one of Mrs. Schnauzer's Facebook friends to send a message that provides significant insight on the subject. The friend is a psychiatric nurse practitioner in a Midwestern state, and like Carol and me, she has been diagnosed with post-traumatic stress disorder (PTSD) from a violent encounter with law-enforcement officers.

She's been on the front line, both as a health-care professional and the victim of police abuse, of issues related to incidents where those who are sworn to "serve and protect" actually do harm. We thought her insights would shine considerable light on "delusional disorder" for our readers, so we are sharing them here.

A note: The woman makes several references to "Matt," and that refers to Matt Charles, the Missouri nurse practitioner who apparently made a notation about delusional disorder in my medical records. Just two days ago, Matt Charles confirmed to me that the notation had been removed, suggesting there never were factual or medical grounds for it to be there in the first place. I'm still not sure how, or why, it got there, but I appreciate Matt Charles' help in clearing it up. Meanwhile, here are some insights from a professional about delusional disorder:

I just read your husband's blog. I was a psychiatric nurse practitioner (PNP). I worked with people with delusional disorders. These patients believed things such as . . . following a car accident a woman believed she had glass in her stomach and refused to eat. A man who believed his neighborhood would be flooded and went into all their houses to shut off the water.

Schizophrenics suffer from delusions that are most often associated with the auditory hallucinations they experience. Alzheimer's patients become paranoid and often delusional about family members stealing their belongings or poisoning their food. Delusional disorder differs from these examples as the false and fixed belief is not a symptom of another psychiatric illness as was noted in the blog.

A PNP can diagnose and prescribe medications but these actions can only be done under the supervision of a board-certified psychiatrist. Delusional disorder is an inappropriate diagnosis in patients who have ANY type of evidence that supports their claims/ allegations. In many cases, confronting a patient about his delusions, only creates mistrust and hampers the therapist-client relationship. My questions about Matt evolve around what information he used to make the diagnosis...

Is Matt a certified psychiatric NP? Did the NP ever state that he believed Roger? Did Roger ever give him documents that supported his thoughts that he found credible? Did the NP use past medical records from AL that influenced his thinking? Did the NP use family reports regarding their perception of Roger's mental health? Was Roger treated for depression, severe enough to exhibit psychotic symptoms such as delusions or hallucinations? Did NP prescribe medications for Roger such as antidepressants or antipsychotics? Was there an entry in the MR indicating a positive response to these medications with a decrease in symptoms?

I was diagnosed with PTSD following the violent assault which I still struggle with today. I remain paranoid about the police but my thoughts are not deemed pathological/ delusional. I have spent years dealing with the many aspects of betrayal, from those are supposed to protect and serve to family members who thought I was on drugs (thanks to my ex- husband), to the elected government officials who chose to bury my case. If I ever felt my health care professionals doubted what I had been through, it would have been devastating.

I hope this information assists you in your search for answers. I also found several articles about PTSD and delusions. I will continue to help you in any way I can as we share the experience of police brutality and surviving police trying to kill us.