Jessica Medeiros Garrison launches PR assault against Legal Schnauzer, and it's filled with false and defamatory statements, plus horrific journalism


Alabama Republican operative Jessica Medeiros Garrison has launched a public-relations offensive against Legal Schnauzer, connected to the $3.5-million default judgment entered against me in a defamation case she brought. The original Garrison story, which appeared yesterday at a Web site called marieclaire.com, is filled with false statements from Garrison--including at least one that probably rises to the level of defamation.

The Garrison article is more or less in first-person form, as told to someone named Liz Welch. Did Ms. Welch bother to actually question Garrison about any of her statements? Sure doesn't look like it.

Al.com, the largest news organization in the state, picked up on the marieclaire.com piece today, and reporter Leada Gore proceeded to mangle the simplest facts about the case. For good measure, the right-wing site Yellowhammer News ran the original piece verbatim, repeating all of the false statements it contains.

Did any of the "journalists" involved contact me for comment--or question me about key legal and factual issues that they got wrong? Nope. Did any of them check the court file, which is public record and easily available at alacourt.com? They clearly did not.

The story in question involved allegations that Garrison had an affair with Alabama Attorney General Luther Strange, for whom she was campaign manager in 2010 and (according to some press reports) in 2014. Did any of the "journalists" involved in the latest Garrison coverage point out that my reporting never has been found false or defamatory before a jury? Did they report that Jessica Garrison, in her original filings, did not even seek a jury trial--and her lawyer, Bill Baxley, only asked for one after I had demanded one in my answer to her complaint? Did the "reporters" note that my posts never have been found false or defamatory in any adversarial proceeding in a court of law?

The answer to all of those questions are no. And none of the reporters wrote that I was the victim of a default judgment only because I was unlawfully thrown in jail for five months and then got out to find our home of 25 years going into a foreclosure that smells to high heaven. The foreclosure almost certainly was wrongful, and no one benefited from it more than Jessica Garrison--because I was not able to defend myself against her lawsuit, or bring a valid counterclaim.

Did any reporter question Jessica Garrison about her knowledge of my incarceration and the foreclosure? No.

Here are a few items that did come out in the marieclaire.com article:

The final straw was when Shuler wrote a follow-up post claiming my then five-year-old son was actually Luther's illegitimate child. I could handle the professional stuff—I have pretty thick skin—but this crossed a line. It upset his father, my ex-husband, who sent Shuler a comment to set the record straight, which of course he never posted.


There is a slight problem with this statement from Garrison--it isn't true. I never reported that Luther Strange was the father of her child. Anyone can go to Legal Schnauzer, go to the search box at the top of the page and key in "Jessica Garrison and Luther Strange," and review every post I've written on the subject. Never have I reported that Luther Strange is the father of her child. In fact, I contacted Lee Garrison and interviewed him on the subject. He said he was convinced the child was his, and I never reported otherwise.

I have that interview on tape and will be running it shortly. I'm not aware of Lee Garrison ever sending me a comment. If he did, he certainly did not identify it as being from him. And there was no reason for him to "set the record straight" regarding his son's parentage because I never reported anything about Luther Strange fathering the child.

Jessica Garrison really goes off the deep end with the following:

There is no second place in politics—you either win or you lose—and this ridiculous little blog was being used as a tool to try to gain a competitive advantage. I was livid.

Then, it got worse.

Shuler posted photos of my home on his website, which felt like a threat, not to mention a huge violation of privacy. Had he been at my house? Was he stalking me? I installed a home security system and put the police on notice. I was so paranoid that I called the cops in tears one night, convinced someone was outside, and was relieved—and slightly mortified—to learn it was the police doing a drive by.


Garrison implies that I was stalking her, but she fails to mention that the home in question was subject to a foreclosure, and documents related to that proceeding are public record. Also, the home apparently had recently been on the market, and the photos in question came . . . right off the Web. I also ran a photo of her and Luther Strange, which might have been taken in her yard--I don't know. But I do know the photo came straight from . . . Garrison's own Facebook page. 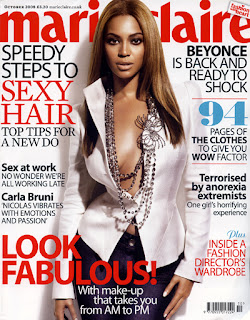 For the record, the only time I've ever seen Jessica Garrison was in a courtroom. I only wrote about her home because public records suggest she got an extraordinarily good deal on a house in one of the Birmingham area's most desirable neighborhoods--the Crestline section of Mountain Brook, and the location of her home was a significant factor in a child-custody case that grew from her divorce.

Do I now have a defamation case against Jessica Garrison? I'm not sure; that question will require some research. But I do know that the law, in general, frowns on making "imputations" that someone has committed a crime that they have not committed. And stalking, last time I checked, is a crime.

As for al.com and reporter Leada Gore, consider this from her article that was published today:

In April, a Shelby County judge entered a default judgment against blogger Roger Shuler and his website Legal Schnauzer, ordering him to pay $3.5 million in damages to a former campaign manager for Attorney Gen. Luther Strange.


Again, we have a little problem. The Garrison case was in Jefferson County court, not Shelby County. Nothing like screwing up your story--and ruining your credibility--in the very first paragraph.

We can excuse, Ms. Gore, because her error is in keeping with the whole Garrison public-relations charade. The original marieclaire.com article reads like it was written by the cast from Fantasy Island. So we probably shouldn't expect much from any of the followups.

Very pleased to see your reply to Ms. Garrison's defamatory garbage. You nailed it.

Marie Claire looks like a place where really serious journalism goes to die.

We need someone to pick up your story, pal.

Funny, that Ms. Garrison never seems willing to sit for questions about this. Hmmm.

She shouldn't have to sit for questions about this bullshit. Shuler is a crazy liar.

Please report fb problems. I did

If you go back years ago to playboy and the Jimmy Carter interview I believe he said if in your mind you had committed adultery by just thinking about another women, then it was a sin, same as if you had done the dirty deed itself. Don't let the facts get in the way of reporting on these sinners. We just have to look at our politicians to know what they are thinking. When they are not screwing over the good God fearing, hard working people of Alabama you have to believe they are screwing each other. Keep giving them hell, Legal Schnauzer

She shouldn't have to sit for questions, @2:09? She brought the lawsuit. You think our system for people to bring lawsuits and not have to be questioned about them?

I think you should be a private investigator, you do great work, and that way you'd get paid to find the dirt on these shameless liars and cheaters. "Oppositional research" I think they call it. There seems to an endless supply of dirt under their rugs.

I should point out that the investigative work here at Legal Schnauzer is not a one-man show. It's a team effort, with a number of very intelligent, informed, and talented individuals helping me out.

My guess is that you've written something, or you are working on something, that is making Jessica and her conservative colleagues extremely nervous. The timing of the Marie Claire piece is strange, and whole thing has a harried, hysterical tone to it. I'm betting there is a reason for that.

You are a perceptive guy, Spaz. I am working on a number of stories, and I feel quite certain Jessica's cohorts are nervous about them. I think that explains the whole Marie Claire business.

@2:09 She should have already sat for questions. That's the way our legal system works.

@12:42 Funny, that Mr. Shuler never seems willing to sit for questions about this or even go to court. Hmmm.

Lee Garrison was a notorious city councilman in Tuscaloosa, the fact that she was ever married to him, speaks volumes.

Is your question, @8:46, did I lose the lawsuit under the law? (I assume that's the question because any other form of that question is pointless and merely points to a corrupt judge). The answer is no, I did not. Look up the file yourself and see if you can find any jury determination, or any determination in an adversarial proceeding, where my reporting was found to be false or defamatory. You won't find one because it doesn't exist.

Too lazy to look up the facts, @7:36? They are available on alacourt.com. I've sat for depositions, been questioned under oath in court, appeared for court more times than I can count. Perhaps you just enjoy being ignorant, but most people probably try to educate themselves at least a little before spouting off on a subject with which they are unfamiliar.

Did you go to deposition in the Garrison case? Did you appear in court for the Garrison case (aside from the time you were forced to go because you were in jail)? If you had gone, you might not have had a default judgement issued against you.