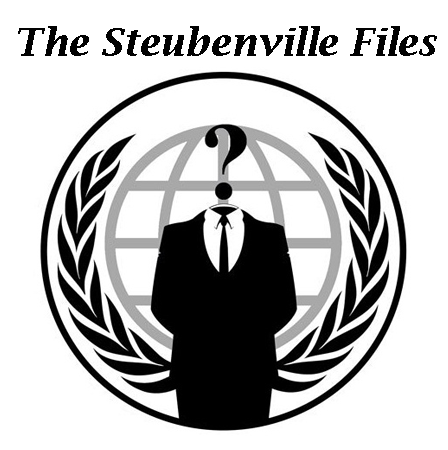 The public apparently is intrigued with the notion that the hacktivist group Anonymous might start getting involved with justice issues that affect Main Street, America.

We wrote yesterday about the gang rape and kidnapping of a 16-year-old girl in Steubenville, Ohio--and Anonymous' role in exposing a possible cover up.

Citizens around the country must like the idea because our post, titled "Rape In Steubenville Attracts Anonymous' Attention To Injustice And Corruption On Main Street, USA," quickly became one of the most widely read pieces we've written in a while.

I wouldn't say our post has gone viral like Sweet Brown, the Oklahoma City resident who is at the heart of the "Ain't Nobody Got Time For That" video that has taken the Web by storm. But our little piece is making the rounds. And that tells me the public likes the idea of Anonymous shining a light on the various rogues who trample the rule of law that is supposed to protect regular Americans.

First, our post got picked up at the CryptOnymous News Network, a Webzine devoted to covering  stories that involve Anonymous. Our piece was featured in the site's "Society" section.

From there, our piece made its way to Twitter, which caused our readership statistics for yesterday to explode.

We've had hundreds of new visitors today as Crooks and Liars, one of the most widely read progressive sites on the Web, featured our piece in its daily blog roundup.

As any blogger will tell you, it's nice to see your work grab the public's attention. But it's even better to realize that Anonymous has shown an interest in intervening on cases of everyday injustice, the kind that we expose on a regular basis here at Legal Schnauzer.

But citizens apparently do like the idea of Anonymous taking cyber action to expose those who think they are above the law. All too often, America's bad actors include judges, lawyers, sheriffs and their deputies, police chiefs and their officers--and, of course, Wall Street types like our old friend Ted Rollins.

The readership bump we've seen in the past two days tells me citizens want to see thugs held accountable--and they believe Anonymous can play a major role in doing it.

That's a lesson that gives us hope for the future.

I may contact them about the Bonnie Wyatt case. I'd love to see them hack into a lot of these lawyers' personal email accounts. There is no telling what they could expose.

You are on target. Imagine what you might find in the e-mail accounts of Judge Sibley Reynolds, Bobby Knox, Bill Swatek and bunches of other lawyers who were involved in that case. You could send a truckload of people to federal prison--assuming we have a U.S. attorney in Alabama with a spine.

If you click on the link to the CryptOnymous News Network in the post above, I believe it has that information. That's a very worthwhile Web site for those who want to learn more about Anonymous.

I would love to see e-mails from Ted Rollins to his stepson. What kind of arrangements were made to keep the young man quiet?

Crooks & Liars is one of my favorites. Congrats, LS!

By the way--Anonymous would hit the motherlode by hacking David W. Bouchard Esq account.

Man, he had SOMETHING going on with Erik Prince from letting Prince know it's time to get out of Dodge:

One defendant in the Nicholas attack did not appear in court Wednesday because his attorney, David Bouchard, alerted the court that he is stuck at sea trying to cross the Atlantic in a sailboat.

To the article appearing in Frank Batten Jr's CIA rag EXACTLY a year to the day(July 29, 2010)of John Doe no#2 sworn declaration:

Anonymous please hack Inns of Courts and that gets the BARs right into the hacking for the routine of at long last, justice served as truly a dish so COLD.

Dante is proud of Anonymous and so is Goethe ~as well, Shakespeare.

Name one of the knowing how to take down a belief system for the revolution to be reality, Goya, Gandhi et al, that are not taking a bow to Anonymous!

The City of Portland, Oregon state is a tap root to the pedophile cult that runs the U.S. of A. in these times.

Anonymous at long last take the so called "liberal" Portland, Oregon and open the rooftops so the sunshine can at long last be on the spirit of PAMELA GASTON, and her husband Wilbur. Ninth Circuit is a ring of very vile hate crimes against Wilbur and Pamela Gaston. Beginning with the State of Oregon and its "Children's Welfare Dept.," filming pornography of course AND traffic of children?

This is the tap root Legal Schnauzer has had to courage to dig up and report as a truly genius journalist, how to see where the deep rotted injustice gets its "juice."

Can there be the great imagination to be freed by Anonymous so the too big to fail are the majority of anonymous humans?

Thank you LS
Thank you Anonymous

the word pus is getting known:

"... Now, apparently, all Goldman has had to do is hive off a portion of its proprietary business into a separate entity and call it MSI (Multi-Strategy Investing) or SSG (Special Situations Group) and, voilà--we have a hedge fund disguised in a magical invisible cloak--and no rules broken! The oozing rot of proprietary trading returns, not for short-term trades but for long-term ones.

And the money, we know, comes from Goldman Sachs and if in their cancerous wagers there is a gangrenous pustule of lost money, then you should know that Goldman would be eligible for another fresh green bailout. The Bank creates these excrescences (MSI, SSG) without a thought for others. None of the rot has gone away from the financial system. The discharge and stench from the shadows of the financial system continue apace. The Goldman Sachs bank is nothing but a festering Hedge Fund.

The financial system as exemplified by Goldman Sachs is a sick, corrupt and nihilistic place where only Goldman's unethical and immoral growth prospers amid the gangrenous discharge of pus called proprietary trading (hedging).