People who have a stake in the Retirement Systems of Alabama (RSA)--and that includes just about everyone who lives in our state, plus quite a few who live beyond its borders--should be concerned about reports that Leura Canary is set to take a new job.

Canary, perhaps the most corrupt prosecutor in the history of U.S. Justice Department, will join RSA's legal staff in January. Canary, best known for her role in the political prosecution of former Democratic Governor Don Siegelman, stepped down as U.S. attorney for the Middle District of Alabama in June. She was appointed by President George W. Bush, and inexplicably, served for more than two years in the Barack Obama administration.

Why should RSA stakeholders be alarmed about this news? For one, it comes as Republicans in the Alabama Legislature are pushing bills that would allow them to control boards that govern RSA and its $25 billion nest egg. (Yes, that's billion, with a "b.") For another, RSA chief David Bronner long has been viewed as probably the sharpest  financial and political mind in Alabama. Our state ranks near the bottom on many surveys regarding quality-of-life issues--education, health, child welfare, you name it--but RSA is considered one of the strongest, best managed retirement systems in the country.

David Bronner is one smart dude, so why would he be so stupid as to hire Leura Canary? Methinks something foul is going on in Montgomery, Alabama.

As we reported earlier this week, Leura Canary's marriage to Bill Canary, president of the Business Council of Alabama, is on the rocks. If that should lead to a messy divorce, would David Bronner want RSA's reputation caught in the middle of it? Also, Leura Canary reportedly is under federal investigation for her handling of the Siegelman case and other matters. Again, does David Bronner want his name soiled by association with Leura Canary? Finally, a pending federal lawsuit seeks more than 1,000 documents related to Canary's recusal in the Siegelman case. If released, those documents are likely to show that Canary remained involved with the case after having announced her recusal.

David Bronner wants to take the chance of being sullied by all of this? Does David Bronner really want to hire a lawyer with enough baggage to sink the USS Missouri? Does RSA need potentially massive headaches? 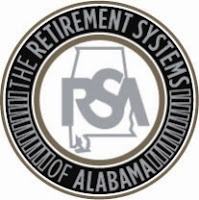 On top of that, Bronner has been outspoken about his views that the Siegelman/Richard Scrushy prosecution was bogus. In a 2007 editorial from the RSA Advisor, Bronner made it clear how he feels about key figures in the case, including Siegelman, prosecutor Steve Feaga, and judge Mark Fuller. Here is Bronner's primary point:

Siegelman was no different than any other Gov I have worked with or against! When Feaga worked with the state, he allowed former Gov Guy Hunt to remain out of prison, even though he was convicted of putting dollars in his pocket. In comparison, Siegelman put nothing in his pocket from contributions to the lottery campaign. I do not know of any Governor who did not have third parties pay for TV, radio and newspaper ads on constitutional issue brought before the voters.

Here is the full Bronner statement from 2007:

I am not a buddy of former Gov Don Siegelman's staff, who did their best to harm the RSA and me. . . . I am convinced that if Scrushy had been convicted in the Birmingham trial (2002), the case involving the ex-Gov would never have seen the light of day.

In regards to the others involved with this trial, I have the utmost respect for U.S. Prosecutor Steve Feaga (I have not met the other prosecutors), as my son is a prosecutor for the Dist Atty of NYC. On the other hand, I do not like U.S. Dist Judge Fuller nor does he like me. The RSA had to go through the entire state court system to prevent Fuller's buddy from ripping off the RSA. Shortly thereafter, Judge Fuller tried to sandbag the RSA by preventing our claim (by doing nothing) against the ultimate crook--Enron! Fortunately RSA prevailed. . .

Siegelman was no different than any other Gov I have worked with or against! When Feaga worked with the state, he allowed former Gov Guy Hunt to remain out of prison, even though he was convicted of putting dollars in his pocket. In comparison, Siegelman put nothing in his pocket from contributions to the lottery campaign. I do not know of any Governor who did not have third parties pay for TV, radio and newspaper ads on constitutional issues brought before the voters.

When comparing Alabama to other parts of America, Gov Siegelman was given 88 months (7 yrs, 4 months), while U.S.Congressman Bob Ney from Ohio received 30 months for bribery, Super Washington, D.C., crook, Jack Abramoff, only received six years. Politics is a serious full-contact sport in Alabama, yet I hope the highly respected 11th Circuit Court of Appeals will quickly restore reasonableness to Alabama.

The bottom line? David Bronner clearly hoped an appellate court would overturn Leura Canary's handiwork. This indicates that Bronner has little, if any, respect for Canary's abilities as a lawyer. So why does David Bronner now want to hire her?
Posted by legalschnauzer at 12:27:00 PM

This country sure could use a Siegelman write about now.

Bronner is not the only one with little respect for Canary's legal expertise. She is not known for her keen legal mind, but for her apathy, indifference and inhumanity. As always with Canary, it is not what you know, but who you know. Note to Bronner-lie down with dogs, get up with fleas. Lie down with Canaries, get up with get up with lice, mites and parasites. It's a choice.

In the 50s, Leura Canary's Uncle Si Garrett was Alabama's attorney general and a power on the state democratic committee. A retired lawyer friend recently told me recently about a meeting at the Redmont Hotel in Birmingham in where the committee was meeting. During a break as he was talking to other members a man rushed in the room and went up to the Si and excitedly told him about a certain matter. Si told this man to tell some un-named person to get the job done. Several hours later Sheriff Albert Patterson was lying dead on a street in Phoenix City.

Si Garrett was called to testify before the grand jury investigating Sheriff Patterson's death. After 10 1/2 hours on the stand he left and wound up in a Texas mental Hospital. He spent the rest of his days pretending to be insane in order to avoid prosecution.

It appears that his niece Leura may be genetically predisposed to the same sort of political corruption as her Uncle Si. Her marital union with Bill Canary only seems to have deepened her penchant for the felonious use of the legal system.
Sheriff Andy Taylor told use "Ooohhh what a wicked web we weave when first we begin to deceive." It seems to me that Leura and Bill have both lived a life of deception except that they have raised the level of deception to the 4th or 5th power, which must be a trick they learned from Karl Rove. Who knows the truth behind their failed marriage. Maybe they deceived each other!

Well said David! I guess the apple doesn't fall very far from the tree. Leura Canary's struggles with mental illness are well known, but her deceptions less so. Maybe divorce court will change all of that.