Steve Marshall takes campaign cash from 3M, then refuses to join other states in suing the Minnesota polluter, suggesting he isn't fit to be Alabama AG


Alabama Attorney General Steve Marshall has taken $2,500 in campaign donations from 3M Company at the same time he refuses to join other states in suing the Minnesota-based polluter. Does this point to criminal activity by Alabama's chief law-enforcement officer? The answer is "maybe." Does this point to a short-sighted, compromised, unethical attorney general? The answer is "definitely."

Alabama Political Reporter (APR) broke the story of Marshall's cozy relationship with 3M and noted that his response had been mostly to feign ignorance and attack reporters who ask pesky questions on the subject.

How could this be criminal? If it involves a "quid pro quo" (something for something) agreement -- such as, "We will contribute to your campaign if you promise not to sue us"-- that would appear to constitute federal funds bribery under 18 U.S.C. 666. That's the same statute under which former Alabama governor Don Siegelman and former HealthSouth CEO Richard Scrushy wrongly were convicted and sent to federal prison for roughly six years each.

It's ironic, then, that Marshall's Democratic opponent is Joseph Siegelman, Don's son. When the 3M funds are combined with $735,000 in illegal contributions Marshall took from the Republican Attorneys General Association (RAGA, former employer of Jessica Medeiros Garrison, one-time campaign manager and mistress for former AG Luther Strange), it raises serious questions about the incumbent's fitness for office.

We have no doubt that Joseph Siegelman is the better candidate, and APR publisher Bill Britt seems to leaning in the same direction, with an editorial about Marshall's dubious donations from RAGA. Writes Britt:

RAGA is not registered with the state and commingles its funds with other political action committees, masking the donors contrary to Alabama law. Ethics Commission Executive Director Tom Albritton knows Marshall’s contributions were unlawful, so does Secretary of State John Merrill, but no one is willing to act. Even Marshall himself is on the record saying the type of contributions he received from RAGA are illegal and banning such contributions was, “the only legal protection standing between Alabama voters and the reality or appearance of quid pro quo corruption.”

Perhaps the larger question for the Commission and the Alabama Republican Party is should a candidate who willingly takes illegal campaign contributions be allowed to remain on the ballot? . . .

The right remedy in the Marshall situation lies with the Alabama Republican Party, which is responsible for pursuing such violations and taking appropriate action, but the so-called party of law and order has taken a pass on the Marshall fiasco, choosing to remain silent.

Republican Party Chair Terry Lathan and the Executive Committee could end the charade by immediately moving not to certify Marshall’s votes in the upcoming general election. Of course, this would mean conceding the race to Democrat Joe Siegelman. This might not be palatable, but how much more bitter is a win by cheating?

Since the party will not act on the issue, it falls to Ethics Commission Chairman Judge Jerry Fielding who can swiftly move to bring the Marshall matter before the Commission. . . .

It is now time for the commission to act because the people have a right to know if their attorney general is a cheat.


As for 3M, its donations to Marshall are about as smelly as those from RAGA. Writes APR's Josh Moon:

When the attorney general of Minnesota learned of the years of pollution dumped from a 3M plant into his state’s waterways, he filed a lawsuit demanding the company clean up its mess.

A few years later, on the eve of the trial, 3M settled, agreeing to pay $850 million to make Minnesota’s water clean again. 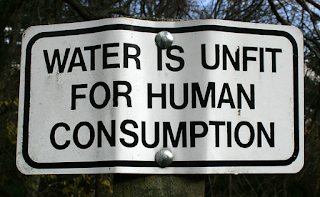 Michigan has followed suit, with its Republican governor asking his attorney general to also file suit against 3M.


At least three other states have also filed lawsuits against the company, with court records documenting decades of pollution and also concerted efforts by 3M and other polluters to mask the dangers of that pollution.

Alabama isn’t one of those states.

Oh, we have the pollution. Testing near a 3M plant in Decatur has shown high levels of pollutants similar to the ones in Minnesota and Michigan, and it has left residents in Lawrence and Morgan counties afraid to drink their tap water.

Instead, he’s busy threatening reporters and pretending like he has no clue about the three-year-long ordeal.


Does Marshall deal with such issues in a forthright manner? Nope, he draws a page from the Donald Trump playbook and blames the press for his own shortcomings. Writes Moon:

Multiple sources have confirmed to APR that a spokesperson in Marshall’s office, communications director Mike Lewis, contacted WHNT-TV station, at Marshall’s direction, to complain about reporter Chelsea Brentzel, who is the station’s lead reporter on the ongoing water issues in north Alabama.

With residents clamoring about the water situation, she and WHNT have produced multiple stories, asking for comments from multiple state officials. That included Marshall, whose office continually ignored their requests for comment.

The one time Brentzel was able to corner the AG, back in July, to ask if any legal action was planned, he said the Alabama Department of Environmental Management hadn’t told him to file a lawsuit.

But when Brentzel quoted Marshall’s opponent, Joseph Siegelman, in a recent story saying he would take action if elected and questioning Marshall’s lack of action, suddenly the station couldn’t get the AG’s office off the phone.

Sources familiar with the calls said Lewis, at Marshall’s direction, complained about Brentzel’s recent story, calling it “political.” Because making sure the people of the state can drink their damn water is political now.

And then there was the threat.

Lewis informed the WHNT bosses that the AG’s office planned to freeze out Brentzel and would no longer respond to her requests, according to the sources.


Heck, 3M is just one of several polluters who appear to be playing footsy with Steve Marshall. Consider a few others who have dumped cash on him, per SOS records: