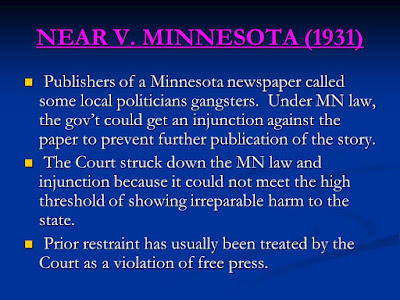 A Michigan man's attempt to launch a courtroom assault on Dr. Larry Nassar, the physician at the heart of the USA Gymnastics sexual-abuse case, has wound up teaching an important lesson about the gross misapplication of contempt-of-court laws in the United States. Randall Margraves almost certainly did not intend to teach such a lesson -- but he did, and it's one that hits close to home here at Legal Schnauzer.

Margraves' actions amounted to about as blatant a case of contempt of court as one can imagine. It happened right under the nose of Judge Janice K. Cunningham, and based on Michigan law, Margraves was looking at up to $7,500 in fines and three months in jail. So, why did Cunningham ignore her oath to uphold the law and let Margraves off the hook? Given that judges in Michigan are subject to election, political considerations probably played a major factor.

Does that frost us, just a bit? It sure as heck does, given that I spent five months in an Alabama jail because of a preliminary injunction in a defamation case, the kind of injunction that has been prohibited by only 230 years or so of First Amendment law?

Why are preliminary injunctions forbidden in defamation cases? By definition, a preliminary injunction is a prior restraint on free speech and a free press. It involves a judge acting as a one-man censor, essentially saying, "You can't publish this, even though there has been no lawful finding that it is defamatory -- no discovery, no trial, no jury."

Also, a preliminary injunction leads to the possibility of a contempt finding, which inherently means fines and jail time. If that notion sounds un-American to you, that's because it is. So, how did I spend five months in jail on a contempt finding that has zero basis in law? Well, that's because Alabama is hideously corrupt -- a place where a political hack and legal neanderthal like Rob Riley can seek remedies not allowed by law, and a specially appointed corrupt judge like Claud Neilson will let him get away with it.

In a broader sense, my experience in Alabama -- viewed in a light with the Nassar case in Michigan -- shows that U.S. courts often make no serious effort to ensure law is equitably applied across jurisdictions. In other words, the notion of "equal protection of the law" is a joke in the U.S. justice system -- and judges tend to treat it with thinly disguised disdain.

How gross were Riley and Neilson's abuse of contempt powers in my case? About as bad as it can get, and we've spelled that out in several posts. (See here, here, and here.) Near v. Minnesota, 283 U.S. 697 (Sup. Ct., 1931), one of the seminal First Amendment cases of the 20th century, involved a Minnesota statute that provided for the "abatement" as a public nuisance of any newspaper that was found to produce "malicious, scandalous, and defamatory" content. The nation's highest court quickly found that the Minnesota statute collided with fundamental constitutional protections -- and one reason involved issues connected to contempt. From the Near opinion:

When a newspaper or periodical is found to be "malicious, scandalous and defamatory," and is suppressed as such, resumption of publication is punishable as a contempt of court by fine or imprisonment. Thus, where a newspaper or periodical has been suppressed because of the circulation of charges against public officers of official misconduct, it would seem to be clear that the renewal of the publication of such charges would constitute a contempt and that the judgment would lay a permanent restraint upon the publisher, to escape which he must satisfy the court as to the character of a new publication. Whether he would be permitted again to publish matter deemed to be derogatory to the same or other public officers would depend upon the court's ruling.


How dangerous is this to a society built largely on the foundation of a free press?

If we cut through mere details of procedure, the operation and effect of the statute in substance is that public authorities may bring the owner or publisher of a newspaper or periodical before a judge upon a charge of conducting a business of publishing scandalous and defamatory matter — in particular that the matter consists of charges against public officers of official dereliction — and unless the owner or publisher is able and disposed to bring competent evidence to satisfy the judge that the charges are true and are published with good motives and for justifiable ends, his newspaper or periodical is suppressed and further publication is made punishable as a contempt. This is of the essence of censorship.


There is that ugly word again -- censorship. I spent five months in an Alabama jail because Rob Riley and associated corrupt lawyers asked Judge Claud Neilson to act as a one-man censor in my case, contrary to centuries of First Amendment. And Neilson, showing absolute disdain for our constitution, agreed to act as a one-man censor -- using contempt powers he did not have as the weapon of choice.
Posted by legalschnauzer at 6:10:00 AM