In answering our questions about his drunk-driving record, Missouri prosecutor Nicholas Jain raised the issue of individuals in his position showing good judgment. Jain is overseeing the case where bogus criminal charges have been brought in Greene County against my wife, Carol. Jain's statement about the integrity of prosecutors immediately raised more questions in my mind, so I posed them to Jain in an email.

I did not expect Jain to respond to these issues, but as a citizen who has been put through hell because of the corrupt acts of individuals in Jain's office, I thought it was important to raise them.

Thanks for your response.

You mention the need for prosecutors to exercise sound judgment as it relates to each case you handle. As the husband of Carol Shuler, against whom you have been bringing a case for roughly 12-16 months, I have to ask this question: What does your handling of that case say about your judgment?

As a basis for that question, I point out this: Jeremy Lynn, the alleged "victim" in the "assault of a law enforcement officer" case, admits in his written statement that he grabbed Carol (inside her own home). In other words, Officer Lynn admits he "knowingly caused physical contact," that Carol Shuler did not. I'm sure you are aware that under RSMo 565.083 and case law, the issue of who knowingly caused/initiated physical contact is the central element to the offense. You've had information for months that shows Jeremy Lynn caused physical contact, and you don't even have probable cause against Carol Shuler, much less solid evidence of any offense. And yet, you have persisted in bringing a case that has no basis in fact or law. What does that say about your judgment? Has it really improved since 2011? (Statements of Jeremy Lynn and other officers are embedded at the end of this post.)

On top of that, Carol has been seeking discovery for months, and you have produced almost nothing -- you haven't even produced information you agreed in open court to produce, or information that you've been ordered by a court to produce. What does that say about your judgment?

Finally, you were present in open court when information about Carol's broken arm -- thanks to Missouri deputies beating her up -- was addressed, so it should be pretty apparent to you that the criminal case against Carol is nothing but a "cover charge," designed to protect rogue cops from being held accountable civilly. But you've gone along with it, so what does that say about your judgment?

In case you haven't seen it -- and on the off chance that you care -- I've attached copies of X-rays of Carol's arm, both pre- and post- trauma surgery. Perhaps you realize that you are helping to cover for the brutal cops who did this? Again, what about your judgment? [Items that were attached to the email are embedded at the end of this post.]

You are welcome to make any further response. But as a citizen and a journalist, I am appalled by the actions of you, Dan Patterson, and Jim Arnott in this case -- plus the officers on the scene, whom you have refused to identify. Do you really care about justice, or is your job about doing the corrupt bidding of those to whom you answer. As a fellow graduate of the University of Missouri (B.J., 1978), I'm sickened that you could go along with the scheme that has been heaped on Carol.


As expected, Nicholas Jain did not respond to these questions. After all, that would mean having to confront the notion that the same bad judgment that contributed to his drunk-driving convictions still is present in his taxpayer-funded public position. It also would have meant admitting that he was part of a process that brought a sham case against a citizen -- one where even the "victim's" own words prove no crime was committed.

That, however, did not end our discourse with Mr. Jain. We had other issues to address with him. 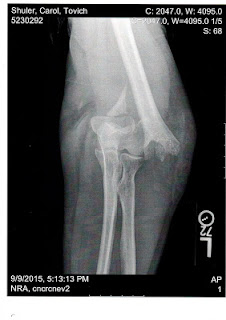 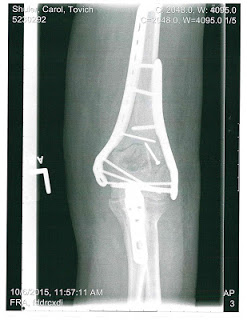