Could the Koch Brothers' Money Express Run Afoul of the IRS? 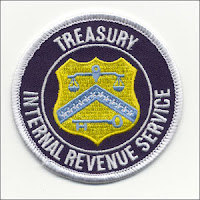 The Obama administration seems to have done little to slow down the influence-buying, election-stealing, political-prosecuting arm of the Republican Party. But the Internal Revenue Service might be willing to apply the brakes to some big-money donors, on both sides of the political aisle.

The IRS has sent letters to five donors, stating that their contributions might be subject to gift taxes, according to a report in The New York Times. George Soros, a prominent backer of liberal causes, could be targeted. But it appears that the IRS action might be of more concern for donors on the right. In fact, a liberal watchdog group brought the issue to the forefront last fall.

As we reported in March, Louisiana Governor Bobby Jindal is one of several Republicans in the Deep South who has made ample use of nonprofit advocacy groups. Now the IRS is taking notice on a national scale.

These advocacy groups have been drawing more scrutiny, from President Obama as well as others, as they have proliferated and funneled vast sums of money in support of campaigns and causes, without having to publicly disclose their donors.

During the midterm cycle, for example, groups like Crossroads GPS, which has ties to the Republican strategist Karl Rove, and Americans for Prosperity, backed by [David] Koch and his brother Charles, were heavily involved in politicking, spurring campaign finance watchdogs to complain that they were flouting election and nonprofit laws.

Campaign Accountability Watch (CAW) applauded the IRS' action, calling it "a good first step" toward reigning in the free flow of advocacy dollars. In a press release, CAW stated:

CAW sent a letter on October 25, 2010 to Attorney General Holder seeking a special prosecutor for the misuse of non-profit organizations to hide the source of electoral donations.

The letter specifically highlighted the provision in the law that the IRS is now addressing:
. . . press reports indicate that these same 501c(4) organizations are not advising their donors that their donations are taxable as a 'federal gift tax' at a rate of 35%, thereby both misleading the donors and depriving the federal government of potentially hundreds of millions in tax revenue.

"We are thrilled that the IRS is now addressing the concerns we raised by enforcing the gift tax against donors to these fraudulent non-profits," said Kevin Zeese who signed the letter to Attorney General Holder last October and is spokesperson for Campaign Accountability Watch.

"The IRS needs to continue to take action against these organizations by denying their non-profit tax status. They are misusing the tax laws to avoid disclosure required by federal campaign laws. The IRS should put a halt to this practice. These non-profits should be required to disclose the identities of all their donor."

A special prosecutor does not appear to be in the works, for now. But CAW's efforts to shine light on the subject seem to have generated action. What might this mean on the national stage? The New York Times helps spell it out:

Both major political parties and candidates have benefited from these types of organizations, but the Republican groups grew in force and size after the 2008 election, partly in recognition of Mr. Obama’s proficiency at fund-raising. For example, Mr. Rove’s group, one of the best known from the 2010 midterm cycle, raised $70 million. Americans for Prosperity, a libertarian group that is opposed to many of President Obama’s policies, has been generously financed by David Koch.

Our take? Republicans freak out whenever a Democrat wins the White House, and the rise of the Koch Brothers and Crossroads GPS signals that the GOP once again is in panic mode. Since Richard Nixon's victory in 1968, Republicans seem to feel they are entitled to the White House, save an oddity such as Jimmy Carter's post-Watergate win in 1976. When Bill Clinton won the presidency in 1992, GOPers had a psychological meltdown. Who can forget the "Don't Blame Me, I Voted for Bush" bumper stickers that seemed to appear within minutes after the election results were announced? When Barack Obama won in 2008, Republicans went berserk with their wallets, throwing money at a problem they vaguely defined as . . . "Dear God, there's a black man in the White House."

How will the GOP react if the IRS decides to jump on the money train and slow it down just a tad? We're not sure, but it should be fun to watch.
Posted by legalschnauzer at 9:15:00 AM

Does the IRS realize they may well be denying "upstanding criminals" a way to rob,loot and use the American populace for nefarious political purposes without having to take hostages?
*
Century Strategies LLC was founded in 1997 by Ralph Reed and Timothy R. Phillips.

When Reed formed Century Strategies, he "decided to focus on political and business consulting, an arena in which he could apply his legendary talents for mobilizing grassroots drives, often with religious and other conservatives, to assist political campaigns and business interests. Early on, Reed discovered the potential for synergy between the business and political worlds. For instance, one of his first and highest-profile consulting jobs was for Enron, a client that he garnered in 1997, reportedly through his connections to Karl Rove, who later made Reed a consultant in the 2000 presidential campaign. Century Strategies earned more than $300,000 from Enron for mounting grassroots lobbying campaigns to help build backing for energy deregulation."

When a veteran FBI investigator, who in his early years was deeply involved in busting up organized criminal syndicates, was approached with possible Koch off shore tax have abuses he said, "it wasn't enough." Still looking for a Koch whistleblower in Kansas: http://discomfit.blogspot.com/2009/10/anonymous-american-take-example-of-koch.html

I can only imagine how much money will flow to the Riley brigade through the newly founded non-profit group controlled by Bradley Byrne. I am certain its wheels are in full spin as I write.