Is the University of Kentucky About to Hire a President Who Condones Racist and Sexist Language? 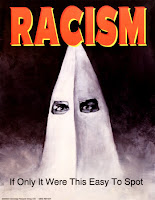 Are UK officials aware that Capilouto was part of a UAB administration that has taken steps indicating it condones racist and sexist language? The answer seems to be no.

In fact, no one in Kentucky appears to have examined the toxic environment that Eli Capilouto helped create over the past 10 years or so at UAB. It's an environment so ugly that I was cheated out of my job as an editor, after 19 years on the job, because I write a blog that has focused on the political prosecution of former Alabama Governor Don Siegelman--and other justice-related issues at the state, regional, and national levels. Was I unlawfully terminated for exercising my First Amendment rights to free speech? The answer unquestionably is yes--and I will provide proof later in this post.

The dysfunction goes way beyond my personal story, including multiple discrimination lawsuits from veteran faculty members, multiple cases of academic fraud, research fraud totaling an estimated $300 to $600 million, multiple lawsuits alleging discrimination against international medical trainees, connections to a physical therapy company that has been charged with Medicare fraud in a federal whistleblower lawsuit . . . and the beat goes on.

We outlined the UAB sleaze of the past five to 10 years in the following post:

The University of Kentucky wants its next president to be an administrator who was in the middle of all that? Astonishing. And that list doesn't even count a most curious step UAB's administration has taken--a step we discovered only recently--essentially saying racist and sexist language on the Birmingham campus is A-OK.

Am I making this up? No, I am not--and we will provide proof in a moment. But first, some background:

American society has made a significant effort over the past 45 years or so to greatly reduce some of the ugly language that once was a regular part of our soundscape.

Words that once were commonly acceptable now can draw a serious backlash--just ask Dr. Laura Schlessinger, who stepped in doo-doo last summer for her not-so-creative use of the "N" word. But UAB, once considered a major higher-education success story in the Deep South, actually seems to be going in the opposite direction.

How did this happen? Well, we have documented part of the story here at the Legal Schnauzer blog.

In December 2008, a UAB employee named Pamala Gibson used her university computer to send an anti-gay message to a gay-rights group in California. At about the same time, a UAB employee named Ashla Jana Campbell used her university computer to send a racist e-mail about Barack Obama and other prominent Democrats. (Campbell's nasty missive now looks almost un-American in light of the Obama administration's recent actions against Osama bin Laden.)

Both the Gibson and Campbell stories were reported in the mainstream and/or Web press. And both were violations of the university's Acceptable Use Policy (AUP), which governs the use of computers, networks, and associated equipment.

Here is how we described a key passage in UAB's policy at the time:

Examples of violations under UAB's Acceptable Use Policy include "creating, displaying, or transmitting threatening, racist, sexist, or harassing language and/or materials."

The policy clearly prohibited the use of UAB equipment to send racist or sexist messages--not to mention messages that are threatening or harassing. The AUP called for violations to be handled with progressive discipline--an oral warning for a first violation, a written warning for a second, and possible termination for a third.

In a post dated February 11, 2009, we reported about the message that Ashla Jana' Campbell sent:

We also contacted the office of UAB President Carol Garrison for comment. She did not return our call.

But what did the UAB administration do? It changed its Acceptable Use Policy--eight days after our post was published.

Yes, the UAB Acceptable Use Policy now says that it was revised on February 19, 2009. And it no longer includes the prohibition against racist, sexist, threatening, and harassing language.

You can check it out here:

University of Alabama at Birmingham: Acceptable Use of Computers and Network Resources

Here is how the relevant section now reads:

A UAB employee apparently now can send all the racist or sexist messages she wants, and it's fine--as long as she doesn't make the university look bad. And being a racist or homophobe isn't illegal, so . . . no problem. It now seems to be up for debate whether such messages "compromise the character and reputation of UAB by association." That, of course, assumes that UAB has a character or reputation worth compromising.

Is it mere coincidence that this policy change came only eight days after I reported about the anti-Obama e-mail and contacted UAB President Carol Garrison's office for comment? I doubt it.

I wonder how many black faculty, staff, or students were included in the decision to remove the reference to racist language from the UAB policy? My guess would be none.

As for my personal experience with UAB's dysfunctional environment . . . well, there is no doubt why I was unlawfully terminated. UAB initially made vague allegations that I was using my university computer to write my blog. When I filed a grievance after being fired, UAB information-technology employee Sean Maher testified that he had been asked to monitor my computer usage for a month or so. What was the result of Maher's investigation? He stated in the hearing that I had not typed the first keystroke on my blog, while at work. In fact, I had never even opened my blog while I was on UAB equipment or time.

With that established, UAB tried to allege that I was "researching" my blog while at work. That didn't hold water, either, as we explained in a previous post:

This "researching my blog" charge is nonsensical on multiple levels. The claim seems to be that I was checking various news items about the Siegelman case, and then posts would show up on my blog about the Siegelman case. In making this charge, UAB conveniently ignored my job description. My fellow editors and I were charged with, among many other things, keeping up with current events so that we could present possible story ideas for our some 20 alumni publications, covering almost every academic subject at a major research university.

The Siegelman story was of particular interest because (a) It was the biggest story in Alabama at the time, one with major national interest; (b) Siegelman, when he was governor, was ex oficio president of the University of Alabama Board of Trustees, which governs UAB; (c) Richard Scrushy, Siegelman's codefendant, was (and is) UAB's most famous alumnus and had his name on any number of buildings before he went to prison; (d) It touched on political science, Alabama history, criminal justice--all topics of study at UAB.

In short, I would have been neglecting my duty if I had not been keeping up with the Siegelman story. So I essentially got fired for doing my job.

I have an ongoing federal lawsuit over my termination, and in the discovery process, UAB has changed its tune again. The charges now seem to be that my work performance had been declining, and I had ignored various warnings about use of university equipment. Do those claims hold water? Not exactly. Pam Powell, my supervisor, was asked at my grievance hearing, "Do you have any documents to support your claims that Roger's work performance was a problem." Answer: No. (In fact, I had received a positive performance review just a few weeks before being placed on administrative leave and then fired.) Powell also was asked, "Do you have any documents to show that you warned Roger about his use of university equipment--or any other issues?" Answer: No.

In other words, there was nothing in my personnel file to indicate there was anything wrong with my performance or my use of UAB equipment. And an IT guru monitored my every keystroke for more than a month and found nothing amiss. Yet, I still got fired--and President Carol Garrison upheld my termination, even after the grievance committee found that I should not have been fired.

So why was I really fired? The answer is obvious in a three-minute audiotape of a conversation I had with UAB human-resources official Anita Bonasera a few days after I had been placed on administrative leave. I had been told that I could file a written response to the charges against me, and I called Bonasera with several questions about that process. In the first part of the audio I try to explain the nature of my job description, addressing charges that I had engaged in excessive "non work-related activity." From about the 1:50 to 2:10 mark, Bonasera admits that I was targeted because of my blog, especially its content about the Don Siegelman case. You can listen to the tape here:

Audio: UAB and the Cost of Blogging About the Siegelman Case

What have we learned about UAB? That it fired a 19-year employee because someone in Alabama's Republican hierarchy was upset about the content of his blog, which he wrote on his own time. (I received numerous anonymous threats on my blog in the weeks leading up to my termination--including one threat that specifically mentioned my job--and there is little doubt that those comments came from Alabama GOP operatives.) UAB also has changed the language in its Acceptable Use Policy to essentially make racist and sexist language OK, particularly when it targets our nation's first black president, a Democrat.

If we needed any more evidence to prove that UAB's current administration is morally bankrupt, this should do it. And the University of Kentucky is turning to the Birmingham campus for its next president?
Posted by legalschnauzer at 10:46:00 AM

thank you very much for information

Ku-Kluxing is still in vogue in Franklin county. The Franklin County Democrat
says a crowd of masked men went to the house of old man Tom Clark last Saturday
night, took him out and whipped him. It is said that they broke several of his
ribs and came very near killing the old gentleman.
---

Shit hasn't changed much in 125 years. In 2011, they've traded the white robes for black robes & instead of coming to your house, they summon you to the courthouse where they proceed to break your bank account instead of your ribs.

You conveniently left out the "Policy Violations" page which is linked to from the "ACCEPTABLE USE OF COMPUTER AND NETWORK RESOURCES" from which you quote.

Thanks for the info. The part about racist/sexist language had been part of the policy itself. At the time I wrote this post, I don't recall seeing the link to examples of policy violations. It's possible it wasn't there, and it's possible I missed it--although I read the revised policy closely.

It is VERY possible the link was not there. The UAB website is not known for being the easiest to use, for finding info, or for being consistent. As a former UAB employee the website frustrated me (and others) a lot, especially when they would change the appearance of things simply for the sake of change.

Thanks for your input. I'm pretty sure I would have seen the link if it had been there at the time. I certainly can make mistakes, but I read that very carefully to point out what had been taken out of the policy itself, and I don't think I would have missed a link that is very visible now. Appreciate you letting me know that the link is there because I hadn't looked at the policy in a while. At the risk of sounding cynical, I would not be surprised if UAB added the list of violations and the link after I wrote that post. That would be in line with the ethics of the Garrison administration, at least as I know them.

Perception you intimate rather than of your post. It helped me alot in completing my work. [url=http://onlinepaydayloanz.com]Payday Loans[/url]