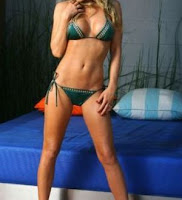 We have written extensively about potential pitfalls in the modern workplace. My wife and I have experienced them. (See here and here). You, or someone close to you, probably has, too.

“With the help of the Adult Industry Medical Healthcare Foundation (AIM), the adult film industry developed a corporate culture to facilitate widespread coordination among members and to make the industry similar to a private club,” Padilla writes.

Is AIM effective? Apparently it is, but the system is not foolproof:

AIM is a private nonprofit whose primary function is to test performers for STDs and make the results available directly to producers, directors, agents, potential co-stars and other industry insiders. Working actors are required to test every 30 days for HIV and other sexually transmitted infections.

Testing isn't a panacea, even if everyone does everything right. The latest infection "shows how testing just isn't equivalent to protection," according to Deborah Gold, a senior safety engineer at Cal-OSHA.

The industry justifies barebacking by saying that AIM does such a good job of keeping HIV out of the talent pool and containing the virus if it somehow finds its way in.

In 2009, an actress worked in the industry with HIV before testing positive. Luckily, she didn't infect any of her partners, but she easily could have.

AIM maintains a database of all performers and the scenes they've done for each company. If a performer later tests positive for HIV, AIM can look up all that actor's partners. AIM then contacts those people, gets a list of their on- and off-camera partners and tests them.

AIM says it "quarantines" actors who may have been exposed, but the group has no legal power. Some studios have shut down during the investigation, but others are still making movies, presumably without condoms.

The industry group refuses to share information with public-health officials out of privacy concerns. And the industry gets away with breaking state laws:

The industry is fighting tougher rules, citing AIM's testing program as proof that barrier protection is unnecessary. But AIM is responsible for investigating itself if the system fails. If the system wasn't working, would we trust them to tell us?

It's too soon to tell whether the latest case of HIV in the industry represents a triumph or a tragedy for AIM. Maybe the testing program caught the virus before it could spread, in which case this would be a success story. Or maybe the positive test came too late. Given the limitations of the tests, successful containment is a heavily dependent on luck and timing.