Giving Thanks for Our Four-Legged Friends

As Thanksgiving approaches, it's a time that many of us give thanks for our loved ones. In the Schnauzer household, that definitely includes our four-legged friends.

We named this blog in honor of Murphy Abigail Shuler (1993-2004), the wonderful miniature schnauzer who helped keep us sane and somewhat functional during the worst moments of our legal battles.

As regular readers know, 2009 has not been an easy year in our home. We entered the year with me having been cheated out of my job at the University of Alabama at Birmingham (UAB) because I dared to write a blog that was critical of the Bush Justice Department and supportive of former Alabama Governor Don Siegelman. About two months ago, Mrs. Schnauzer was cheated out of her job at Infinity Property & Casualty Corporation, apparently in retaliation for a lawsuit we filed against unethical debt collectors. (Much more on that coming soon.)

This all happened in the midst of the worst U.S. economy since the Great Depression, so we have not exactly been filled with holiday cheer. But like Murphy before them, Baxter and Chloe have done their best to keep us upbeat--and putting one foot in front of the other.

They do it in their own peculiar kitty-kat way. But they do it nonetheless. And Mrs. Schnauzer and I are deeply grateful that they came into our lives about six months after Murphy died.

We introduced you to Baxter and Chloe with this video:


We wanted to honor our two special kitty kats by borrowing from the icanhascheezburger.com Web site, which provides so many laughs--and also says a lot about what "pooties" and "woozles" mean to their "hoomans."

Chloe is the calming force in our household. She's a big, soft girl, with gorgeous blue eyes, and her face hardly ever changes expression. There's almost a Buddha-like quality about her. But she definitely enjoys her "noms," and her face does change expression at meal time. This "LOL Cats" photo reminded us of Chloe: 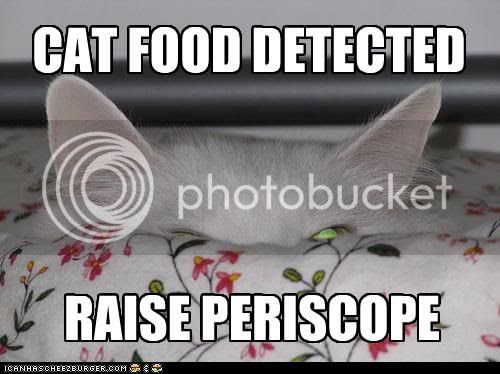 Baxter is the court jester in our home. He enjoys goosing me with his right front paw whenever he wants something. And he takes great pleasure from the simple things in life. One of his favorite duties, when the weather conditions are just right, is to lick condensation off our windows. In fact, he seems to be able to determine when the weather is just so. We're starting to think he was a meteorologist in a previous life. He won't go to our windows when the weather is too warm to produce condensation. But when the conditions are just right, he knows to go to our windows--and that's a sign that we are to raise the blinds so some serious licking can commence. This "LOL Cats" photo reminded us of Baxter: 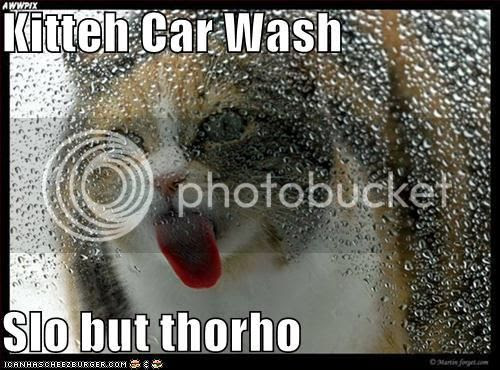 Like most kitty kats, Baxter and Chloe are world-class "chillers." If there was a professional chilling circuit, they would undoubtedly be on it, making lots of money. Cats innately seem to know the value of rolling over on your back, kicking your feet up in the air, and taking a nice siesta--something we humans often forget to do. So here's hoping you will take time during the holidays to relax and maybe . . . ponder the ceiling. Happy Thanksgiving. 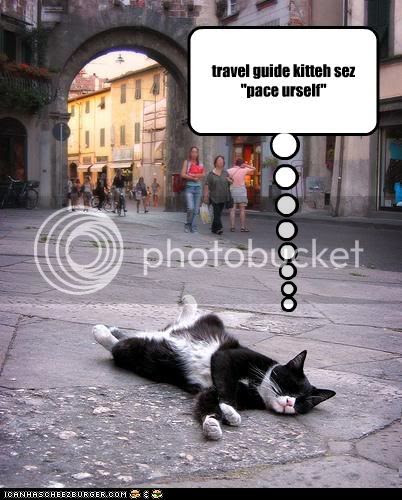 I love you guys, all -- we here with our four legged friends in 200 Coyote Lane, Castle Rock, Washington are also celebrating LIFE as a gift to enjoy and wow, Murphy was too young to die. Our JRTs at 11 were/are up and down and its due to VACCINATIONS, yes, I knew better too.

HAVE AN AWESOME AWESOME BALANCED HEALTHY, WEALTHY, WISE WORLD AND IMAGINE THIS TO BE MORE POWERFUL than ...

... ANY/ALL WHO WOULD IMAGINE OTHERWISE!

Biloxi
www.godsmadmen.com
p.s. I'm having success in reaching out with the art to the law and attorneys are coming ("The Field of Dreams," perhaps?). Scared as well, hearings coming up in U.S. District Court and I am flying pretty much blind as a pro se in US "Justice." /rk