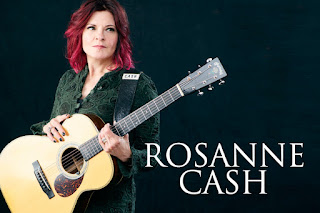 Ali Alexander, the Alabama-connected extremist who organized the Stop the Steal rally that turned into a riot at the U.S. Capitol, was served with lawsuit papers after an eight-hour deposition last Thursday before the U.S. House Committee investigating Jan. 6. (See video at the end of this post.)

The lawsuit might not be Alexander's only looming legal headache.

Rosanne Cash, the daughter of iconic singer Johnny Cash and a major musical figure in her own right, has indicated the family's estate is not pleased with Alexander's use of her father's image in a video related to his plans to testify before the Jan. 6 committee. Wrote Roseanne Cash on Twitter:

I've alerted the estate attorneys that an insurrectionist is illegally using my dad's image to promote his fascist bullshit. In case you were wondering.

Here's how the Daily Beast described the scene as Alexander left his deposition last Thursday:

By the end of Alexander’s eight-hour closed-door deposition, he left with more legal troubles on his hands than when he arrived—as two eager process servers affiliated with the same legal matter stood ready to hand-deliver him documents after he emerged from the deposition.

The far-right activist then made a beeline for his waiting ride while being tailed by the process server. “I have a summons for you. Please take it,” the server added, “or I’m just going to have to leave it on the hood of your car.”

Alexander replied to the prospects of the legal paperwork being left on the front hood of the vehicle, “That’s an Uber!”

What is the nature of the lawsuit? The Daily Beast provides insight:

Edward Caspar, senior counsel for the Lawyers’ Committee for Civil Rights Under Law, confirmed to The Daily Beast on Friday morning that Alexander was served with legal documents pertaining to Smith v. Trump, a lengthy civil lawsuit naming the far-right activist. According to court documents, four previous attempts to have Alexander served were unsuccessful.

Good for Rosanne. She rocks!

I like the way Rosanne doesn't mince words. She calls Akbar's act "fascist bullshit," which I would say is a pretty accurate description.

Jill Simpson has suggested on Faceboook that Ali used the Johnny Cash image because of the singer's last name -- and Ali's need for "cash." Wouldn't be surprised if Jill is on target. If so, the image was used for fund-raising purposes.

Ali has bragged online about having access to lawyers, so you would think one of them might have warned him not to use Johnny Cash's image to promote "fascist bullshit."

Even without input from a lawyer, Ali should have known the Johnny Cash family comes from the world of entertainment and might not see the certain issues the way he does. Don't know what will come of this, but it was a self-inflicted wound that could have easily been avoided.

There certainly were plenty of reasons to know the Cash family might not appreciate this use of johnny's image.

Be a shame if Jim Marshall's estate caught wind of it too.
https://www.jimmarshallphotographyllc.com/iconic-images