The U.S. Army might be known for its warriors, but its scientists show they can kick butt in the war against Omicron, Delta, and other coronavirus variants 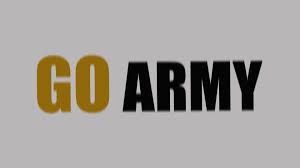 The past two years probably have been the most distressing period many modern-day Americans have experienced. To top off the barrage of bad news, we recently learned that our country had passed the horrifying figure of 800,000 deaths from COVID-19 -- with an Omicron-driven surge expected in the early days of 2022.

With that as a backdrop, we were determined to provide some positive -- even hopeful -- news heading into Christmas. It seems we have found it, thanks to a military-oriented news site called Defense One. Writes Tara Copp, under the headline "US Army Creates Single Vaccine Against All COVID & SARS Variants, Researchers Say"

Within weeks, scientists at the Walter Reed Army Institute of Research expect to announce that they have developed a vaccine that is effective against COVID-19 and all its variants, even Omicron, as well as previous SARS-origin viruses that have killed millions of people worldwide.

The achievement is the result of almost two years of work on the virus. The Army lab received its first DNA sequencing of the COVID-19 virus in early 2020. Very early on, Walter Reed’s infectious diseases branch decided to focus on making a vaccine that would work against not just the existing strain but all of its potential variants as well.

"We're testing our vaccine against all the different variants, including Omicron," Modjarrad said.

Are there possible hurdles to overcome? Yes. Still, is the news hopeful -- even awe-inspiring? We think so:

On Wednesday, Walter Reed officials said in a statement that its vaccine “was not tested on the Omicron variant,“ but later clarified in an email to Defense One that while the recently discovered variant was not part of the animal studies, it is being tested in the lab against clinical human trial samples. These "neutralization assays" test whether antibodies can inhibit the growth of a virus.

"We want to wait for those clinical data to be able to kind of make the full public announcements, but so far everything has been moving along exactly as we had hoped,” Modjarrad said.

Unlike existing vaccines, Walter Reed’s SpFN uses a soccer ball-shaped protein with 24 faces for its vaccine, which allows scientists to attach the spikes of multiple coronavirus strains on different faces of the protein.

“It's very exciting to get to this point for our entire team and I think for the entire Army as well,” Modjarrad said.

Army scientists already have overcome a number of challenges to get to this point:

The vaccine’s human trials took longer than expected, he said, because the lab needed to test the vaccine on subjects who had neither been vaccinated nor previously infected with COVID.

Increasing vaccination rates and the rapid spread of the Delta and Omicron variants made that difficult.

“With Omicron, there's no way really to escape this virus. You're not going to be able to avoid it. So I think pretty soon either the whole world will be vaccinated or have been infected,” Modjarrad said.

The next step is seeing how the new pan-coronavirus vaccine interacts with people who were previously vaccinated or previously sick. Walter Reed is working with a yet-to-be-named industry partner for that wider rollout.

“We need to evaluate it in the real-world setting and try to understand how does the vaccine perform in much larger numbers of individuals who have already been vaccinated with something else initially…or already been sick,” Modjarrad said.

He said nearly all of Walter Reed’s 2,500 staff have had some role in the vaccine’s nearly-two-year development.

“We decided to take a look at the long game rather than just only focusing on the original emergence of SARS, and instead understand that viruses mutate, there will be variants that emerge, future viruses that may emerge in terms of new species. Our platform and approach will equip people to be prepared for that.”

To our readers, we wish a safe, happy, and healthy holiday season.

Thanks for posting, LS. Some of the best news I've heard in a while.

You're welcome, @10:55. Wouldn't be ironic if "Sgt. Bone Spurs" got us into this mess and real Army personnel got us out.

This could be a great recruiting tool for the Army. A lot of people probably don't realize the Army offers opportunities for scientists. And it sounds like they do world-class science.

Good point, @1:43. Based on the article, it sounds like a lot of the science is done at Walter Reed Hospital. But they might have research sites around the country, or the world. Not sure.

Just double-checked the article, and it says work was done at the Walter Reed Army Institute of Research.

Here is info from Wikipedia about Walter Reed research institute:

The Walter Reed Army Institute of Research (WRAIR) is the largest biomedical research facility administered by the U.S. Department of Defense (DoD). The institute is centered at the Forest Glen Annex, in the Forest Glen Park part of the unincorporated Silver Spring urban area in Maryland just north of Washington, DC, but it is a subordinate unit of the U.S. Army Medical Research and Development Command (USAMRDC), headquartered at nearby Fort Detrick, Maryland. At Forest Glen, the WRAIR has shared a laboratory and administrative facility — the Sen Daniel K. Inouye Building, also known as Building 503 — with the Naval Medical Research Center since 1999.

The Institute takes its name from Major Walter Reed, MD (1851–1902), the Army physician who, in 1901, led the team that confirmed the theory that yellow fever is transmitted by a particular mosquito species, rather than by direct contact. Today, the WRAIR fosters and performs biomedical research for the DoD and the US Army. It has recently developed two modern "Centers of Excellence" in the fields of military psychiatry/neuroscience and infectious disease research. The Centers focus, respectively, on soldier fitness, brain injury, and sleep management and in the development of vaccines and drugs for prevention and treatment of such diseases as malaria, HIV/AIDS, dengue fever, wound infections, leishmaniasis, enteric diseases and others.

Basic and applied medical research supporting U.S. military operations is the focus of WRAIR leaders and scientists. Despite the focus on the military, however, the institute has historically also addressed and solved a variety of non-military medical problems prevalent in the United States and the wider world

Go back to your lives. Covid is a huge globalist scam.