The George Floyd case proves cops can be unreliable sources, so journalists are rethinking the "police say" stories they've been cranking out for decades 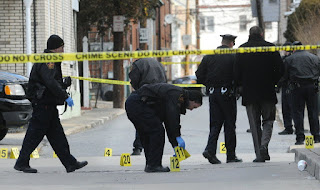 Anyone who has worked in a newsroom, even for a little while, probably has written a sentence that goes something like this: "Joe M. Smith, of 1320 North Columbus St., was arrested last night while possessing marijuana, methamphetamine, and opiod tablets, police say."

Journalists might have to start rethinking sentences like that -- and it's because of those last two words, "police say." As those words suggest, police officials -- from police chiefs to media-relations types to beat cops -- long have been important sources for news organizations. But after the George Floyd case and similar disarming cases around the country, it no longer is clear that police can be counted on as reliable sources. As we bluntly put it in a recent post, "Cops lie, and they lie a lot, especially when one of their own is in trouble."

As CNN reports, the problem has gotten so severe that journalists might have to rethink the "police say" stories they crank out with regularity. Writes Brian Stelter at CNN Business:

The podcaster and cultural critic Toure tweeted on Thursday, "We interrupt our coverage of the protests of the police murder of Daunte Wright which interrupted the trial of the police murder of George Floyd to bring you coverage of the police murder of Adam Toledo."
"Police murder" is obviously a very charged term, but it reflects the emotions of this time. And his description of the news cycle is indisputable. In Minneapolis, the defense in Derek Chauvin's murder trial rested its case . . . while 10 miles north in Brooklyn Center, where Daunte Wright was killed, another curfew was declared in a bid to limit late-night protests. And in Chicago, the release of body-cam footage in the Adam Toledo case left a city on edge.
These tragedies have also spurred new conversations in newsrooms and on social media about the "police said" problem. Law enforcement authorities are important sources, but imperfect ones, just like every other type of source.
"In their initial public statements about George Floyd's death, for example, Minneapolis police didn't mention that one of its officers knelt on Floyd's neck for more than eight minutes; it noted only that Floyd 'appeared to be suffering medical distress,'" WaPo's Paul Farhi and Elahe Izadi wrote last summer.

Can journalists count on police sources to tell the truth? That question now is making the rounds in newsrooms:

"At bare minimum," NYT reporter and CNN analyst Astead Herndon wrote Thursday, "body cams repeatedly prove police are an untrustworthy journalistic source and it would seem that any media narrative reliant on 'police said' must be coupled with the context of what we also know -- police lie."

Defector deputy editor Barry Petchesky tweeted: "A very subtle but meaningful distinction reporters could employ when citing sources who regularly lie is to, instead of writing 'police say,' use 'police claim.' Some measure of doubt is implied, and it's well-earned."

During my training at the University of Missouri School of Journalism, I had no plans to become a crime reporter, but I still spent plenty of time covering cops -- sifting through incident reports, interviewing officers (often with dead bodies nearby). Gaining such experience was one of the profession's basics. That likely never will change, but the way crime news is gathered might change:

"There are ways that journalists are taught to do a story -- and to be objective requires marshaling the judgment of other experts," professor Nikki Usher told me. "From that framework, it is hard to imagine a more authoritative source than police. How do you not quote a basic civil institution? It's like ignoring the president. You 'have' to quote the authority because they both make and verify the news."

Usher, who has a book titled "News for the Rich, White, and Blue" coming out in June, said "unfortunately those institutions and people who are always quoted have more power than those who are never quoted -- it's all knowns vs. unknowns -- and the knowns are known because of their power and appearance in the news." She concluded: "How do you dismantle literally 200 years of beat cop reporting?"

There is no easy answer to that question:

When the video of a Chicago officer fatally shooting Toledo was made public, news outlets wrestled with tough decisions about what to show and what not to show.
A prosecutor originally said that Toledo had a gun in his hand when he was shot, but the video disproved that. Police now say the gun was in his hand less than a second beforehand.

The video is crucial -- but also excruciating to see. The same frame-by-frame scenes can be interpreted several different ways. "In my opinion, tragic as it was, the shooting was reasonable," Charles Ramsey said on CNN's "AC360" Thursday night.
Most broadcast outlets paused the tape before the moment Toledo was hit, sometimes airing the audio of the shot but not the video. Some websites were criticized for having the graphic video on autoplay when users clicked articles about the case. Block Club Chicago, a nonprofit newsroom, posted two versions of a news story -- one that said "NO VIDEO IN STORY" and the other with the video...

JUST FOR FUN: If you are a fan of The Eagles rock band, as I have been for almost 50 years, you might recognize a reference in this post from a song in The Eagles catalog. You probably will have to be a serious fan to recognize it because the song was not one of their many hit singles -- but it is a personal favorite of mine. A couple of hints: The song was from one of the band's early albums, when they were known as a country-rock band, and the reference is early in this post.

Answer: The reference, "1320 North Columbus," is from Train Leaves Here This Morning., which was the lead song on side two of the band's self-titled debut album. The song was written by Bernie Leadon, a founding member of  the Eagles, and Gene Clark (who had been a member of the Byrds.)

Here are the lyrics to Train Leaves Here This Morning, and below that, is a video from a live performance of the song, featuring the four original Eagles -- Don Henley on drums, Glenn Frey on guitar, Randy Meisner on bass, and Leadon on guitar and lead vocals:

Pretty embarrassing that the press release from Minneapolis PD never mentioned that Mr. Floyd might have been in medical distress because Derek Chauvin's knee was on his neck.

Yes, it's funny how a knee on the neck for nine minutes can cause medical distress. No mention of that from the official PD mouthpiece.

BTW, tomorow is the first anniversary of George Floyd's death. From WaPo:

MINNEAPOLIS — Members of George Floyd’s family took to the streets of this city Sunday to mark the first anniversary of his death, marching with hundreds of people, including activists and others who have lost loved ones to the hands of police, in the first of multiple events planned across the country to remember him and rally for racial justice.

Several of Floyd’s siblings and his children returned to the steps of the Hennepin County Government Center, where just weeks ago a jury found former Minneapolis police officer Derek Chauvin guilty of murder and manslaughter in Floyd’s death and where three other former officers charged in his killing are set to go on trial next year.

While many praised Chauvin’s conviction, calling it a first step toward “justice,” the family spoke of their enduring loss and continued questions about why Floyd died.

“I still don’t know why,” said Bridgett Floyd, his younger sister, who now runs a memorial foundation in her brother’s name. Taking the stage at a rally before the march, she spoke of the family’s pain and how their lives had changed in the “blink of an eye.”

“It’s been a long year. It’s been a painful year,” Bridgett Floyd said. “That officer doesn’t understand what he took from us.”

Floyd was remembered a year after his death sent millions across the country into the streets in some of the largest sustained protests in American history. Minneapolis, the city at the center of that movement, continues to struggle with its own reckoning over policing and racial justice.

I suspect the deceit in the PD went beyond the media-relations office. It appears to be more systemic in nature. From an earlier LS post on the subject:

Elder, the police spokesman who sent out the alert, told the Los Angeles Times last year that he based the initial release on information from sergeants who work in the area and computer-aided dispatch, which did not mention the use of force. He hadn't reviewed the body-camera footage yet.

"This had literally zero intent to deceive or be dishonest or disingenuous. Had we known that this (situation) was what we saw on the video, that statement would have been completely different," Elder told the LA Times.

In response, the Minneapolis City Council voted last summer to move the Public Information Office out from the police department and under the city's control, according to CNN affiliate WCCO.

LS -- In college, you covered stories that involved dead bodies? I thought you were a sportswriter.

I became a sportswriter in Birmingham and did some of that in college. But I think everyone at the J-School, at least those in news-editorial sequence,had to spend time on basic news beats -- cops, city councils, school boards, obits, etc. The J-school newspaper, the Columbia Missourian, was not just a college pape4. It covered the city, region, and state. And student reporters worked under professional editors, who were on the faculty.It was quite an experience. I'm sure there is a lot of coursework now on digital media.

As for the dead bodies, one involved a domestic disturbance that turned into a murder-suicide. I remember a local TV guy asked to borrow my pen on that one. Yep, a TV guywent to cover a story with no pen. Not sure he had a notebook, either. Another one was even more sad. An elderly black couple lived out in the country, and their house (a shack, really) caught on fire, and they died. Large containers of coins were found in the residence; the couple apparently did not trust banks. The cops could not determine how much money was in the house, but they said it appeared to be a lot, all in coins.That was near Rocheport, MO.