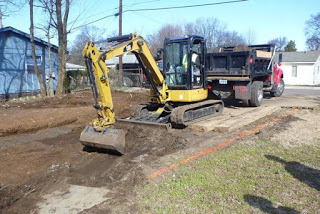 A three-judge panel of the U.S. 11th Circuit Court of Appeals has upheld the criminal convictions of former Drummond Company executive David Roberson and former Balch & Bingham attorney Joel Gilbert. What is next in activities related to the North Birmingham Superfund bribery scandal? That remains unclear, but defense attorneys are expected to seek an en banc review from the full 11th Circuit.

The ruling certainly is not good news for Roberson, but it might be worse news for Balch. The opinion suggests Balch, in fact, deceived Roberson (and Drummond, for that matter), indicating Roberson's pending $75-million lawsuit has sold grounding in fact. The opinion even hints that Drummond could have valid civil claims against Balch, although such actions might be time-barred by now.

From a report at banbalch.com, under the headline: "Appeals Court Affirms Criminal Convictions of Roberson and Gilbert; Balch Skewered":

The U.S. Court of Appeals for the 11th Circuit affirmed the criminal convictions of ex-Balch partner Joel I. Gilbert and ex-Drummond executive David Roberson in the North Birmingham Bribery Scandal.

The court issued a 37-page opinion in the unanimous 3-0 decision.

Although Appellants attempt to paint the agreement between Balch and the Oliver Robinson Foundation as some sort of permissible advocacy campaign, as indicated Gilbert testified that the Foundation was the only entity asked to submit a proposal and that Gilbert and the Balch firm did not do any due diligence on the Foundation’s ability to do the work.

No due diligence! The only entity!

Investigators need to now probe how many others at Balch were involved in this criminal racket and who on Balch’s executive management board knew about it.

Alabama Power which was regularly briefed on the North Birmingham matter also needs to be probed.

The lone-wolf theory that Gilbert was the sole decision maker and mastermind appears to be unequivocally false.

Issues raised by the panel opinion do not end there. Here is more from banbalch.com:

Even more troubling is footnote number 28.

In particular, [Mike] Tracy, the CEO of Drummond Company, stated that Gilbert told him that the arrangement with Representative Robinson was legal, during a meeting in which Roberson was present…. Additionally, Gilbert stated during cross-examination that he assured both Tracy and Roberson that everything was legal and ethical.

No doubt now that Roberson’s $75 million civil lawsuit against Balch and Drummond is more than justified.

Has Roberson paid  a price for listening to Balch's game of shuck and jive? Yes, a very high price:

Listening to Balch’s alleged lies and falsehoods, Roberson has seen his life utterly collapse in shambles. From selling the family home to an estate sale, the humiliation has been overwhelming.

Instead of backing him, Drummond Company and ex-CEO Mike Tracy foolishly threw Roberson under the bus and marched goose-step with Balch six months after Roberson’s conviction.

The question now is, why? Was Roberson a “fall guy” and set-up by others?

We now expect an en banc appeal to be filed in hopes that the entire 11th Circuit hears the case, while lawyers frantically try to stall or delay Gilbert and Roberson from having to report to federal prison.