Alabama GOP is so stuck on Trumpism that it has declared him one of our "greatest presidents," despite mountains of undeniable evidence to the contrary 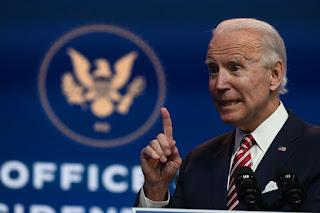 In less than two months on the job, Joe Biden has made remarkable progress on the noxious mess he inherited from Donald Trump. We are starting to see promising reports, for the first time in more than a year, on the COVID 19 pandemic. There are signs the economy is starting to rebound from stagnation under Trump. But leaders in the Alabama Republican Party seem to be happily ignoring all the positive signs that can come when we have actual leadership in the White House.

In fact, the Alabama GOP seems to be clinging to the last vestiges of Trumpism, in a way that would be comical -- if it weren't so sad. Get this: The state GOP has issued a proclamation that Trump was "one of the greatest presidents of all time." That made me spew milk out of my nose, but I'm not making it up. From a report at al.com:

Alabama Republican Party leaders have declared former President Donald Trump “one of the greatest presidents of all time.” A framed copy of the declaration will be given to Trump soon in Florida.

The state Republican Party Executive Committee unanimously voted for the proclamation Feb. 27 at its winter meeting in Montgomery. Former state Rep. Perry Hooper Jr. of Montgomery, one of the resolution’s sponsors, will travel to Mar-A-Largo to deliver a framed copy of the resolution to the former president, reports said.

I suspect Hooper and friends are engaging in a glorious round of butt-kissing because they believe Trump will be the party nominee in 2024. It would take a special kind of brain death to truly believe Donald Trump -- largely responsible for a pandemic that claimed more than 500,000 American lives -- was a great president. For whatever reason, these folks are laying it on thick:

The resolution was submitted by several party executive committee members and says Trump was one of the “most effective Presidents in the 245-year history of this Republic.” It cites Operation Warp Speed for delivering “safe and effective COVID-19 vaccines in record time,” the “largest tax cuts and reforms in American history,” withdrawal from “the job-and-trade-killing Trans-pacific Partnership and NAFTA” and appointing “three constitutional conservative justices to the U.S. Supreme Court.”

Trump has taken credit for the Operation Warp Speed vaccine-development effort. But does he deserve it? Alison Michaels, of The Washington Post, conducted a podcast interview with Dr. Nicole Lurie, of the Coalition for Epidemic Preparedness Innovations:

Allison Michaels: Pfizer, the company behind the vaccine awaiting FDA approval, has distanced itself from Operation Warp Speed. And critics say the initiative has fallen short on goals of delivering 300 million or so doses of vaccine by the end of the year. So just how much did the Trump administration's efforts directly affect vaccine development? Has Operation Warp Speed done more to help the process than our government's preexisting pandemic response system? What's hindered the process and what's helped, and who deserves credit? This is "Can He Do That?", a podcast that explores the powers and limitations of the American presidency. I'm Allison Michaels. I went to get some answers from someone who knows quite a bit about this subject.
Dr. Nicole Lurie: My name is Nicole Lurie. I'm a primary-care doctor, and I currently work for the Coalition for Epidemic Preparedness Innovations, which is the largest funder right now of COVID vaccines, outside of the United States, but was formed as a lesson learned after Ebola to develop vaccines for potentially epidemic diseases. Prior to that, I served as the Assistant Secretary for Preparedness and Response at the U.S. Department of Health and Human Services. I was very much involved in our responses to H1N1 and to Ebola and to Zika, all of which required intensive efforts to make vaccine.
Allison Michaels:
So it's safe to say you know a lot about vaccine development.
Dr. Nicole Lurie: [ Laughs ]
Allison Michaels: To get the most out of my conversation with Dr. Lurie, I wanted to start by asking her about the role the government usually plays in the development of vaccines. How big is the government's footprint in the vaccine-making process?
Dr. Nicole Lurie: Well, when the government is not in the midst of a large pandemic, the government is involved in a couple of ways. First of all, through NIH, there's always a lot of basic science research that goes on to learn about different pathogens, different viruses and bacteria. And in addition, in BARDA, the Biomedical Advanced Research and Development Authority, there is a requirement that the federal government make vaccines and other countermeasures against threats to our national security, whether they are from bioterrorism or from naturally occurring diseases. So, day in, day out, there is an effort that is seamless across CDC, NIH, and BARDA that works on vaccine development. DoD is also an essential part of this.
Allison Michaels: So, normally, developing a vaccine is this multi-year process, but that was reduced to a matter of months to find a vaccine for the for the novel coronavirus. Can you explain what had to happen from a federal-policy standpoint to make development of this vaccine possible at such a fast clip?
Dr. Nicole Lurie: Well, first of all, I want to correct a little bit of a misunderstanding here. The public has this impression that we just started working on vaccines and especially mRNA vaccines, you know, earlier this year. In fact, as a lesson learned after the H1N1 pandemic, the federal government took the position that it needed to shift its strategy from what we call a "one bug, one drug" approach to a platform approach in which we could potentially make a generic platform where you might be able to make a vaccine against a new pathogen really quickly. So, in fact, the government has been working on things like mRNA vaccines on other platforms for almost 10 years.
Allison Michaels: Just a note here. Messenger RNA, or mRNA, teaches cells to build the protein found on the surface of the coronavirus. The two vaccines submitted for FDA approval, the one from Pfizer and another one from the biotech company Moderna, both rely on mRNA. Other vaccines in development don't use mRNA but rely on other science, like injecting a harmless version of the virus into patients. Platforms for many different scientific approaches to vaccines have been in development for years, as Dr. Lurie was explaining.
Dr. Nicole Lurie: So, fortunately, through a series of successive improvements, some of those platforms were ready to move forward when the coronavirus struck.

Allison Michaels: So what pieces of the development process were expedited then? We had sort of the pieces in place, the fundamentals in place, for these vaccines, but what was sped up in the past few months?
Dr. Nicole Lurie: So, a number of things were sped up. First of all, in general, we didn't pause between the various phases of vaccine development or didn't pause for very long between phase one, phase two, phase three. In some cases, a number of things were done in parallel instead of in sequence because we all knew that we were in a race against the virus. And then, finally, we started activating manufacturing capacity and building more early on because we knew if this persisted, we would need to manufacture a lot of doses and that we would need to start that process -- which is very expensive -- but to start that process long before we knew if those vaccines worked.
Allison Michaels: So how much of that expedited process would have happened in any pandemic setting as sort of an autopilot? Were there pre-existing plans for activating this immediate, urgent need?
Dr. Nicole Lurie: I think there's precedent for it, in fact, in H1N1, when, in fact, we made a vaccine against a novel flu strain very quickly. No, that was easier because we all knew how to make flu vaccine, and we were confident enough in the vaccines that we were making that we started the manufacturing before the clinical trials were complete. But it wasn't a novel idea. It's also fair to say that this has happened around the world, not just in the U.S.
Allison Michaels: I guess I'm trying to sort of determine how much this particular administration factored into the expedited development of this vaccine or whether or not we might have seen this under any administration, given the circumstances.
Dr. Nicole Lurie: I think it's a great question. In general, for most components of this, we would have seen this in any administration, under the circumstances. I think one of the things that, if it happened early on, as we saw, as, you know, the day or the day after the sequence was downloaded, scientists around the world, including at NIH and including at BioNTech and others, downloaded the sequence and started working on a vaccine.
Allison Michaels: Here, Dr. Lurie is referring to the genetic sequence of the coronavirus that Chinese scientists released back in January of 2020.
Dr. Nicole Lurie:I think what was a little bit slow in the U.S. was enough of a recognition that a pandemic was coming, that we could pour the billions of dollars into it that we ultimately did early. And so while vaccine development started and started ramping up, you know, I asked myself a little bit, "Had the Warp Speed money been available sooner, would we have been ahead of where we are now?" and I think it's an unanswerable question. But the processes to do this, to work across government, across agencies, are processes that I think started in the Bush administration, carried all the way through the Obama administration.

Bottom line: The processes to create Operation Warp Speed were in place roughly 16 years before Trump took office. Does he deserve credit for fixing a problem he largely created? Absolutely not, no matter what the Alabama GOP wants you to believe.
Posted by legalschnauzer at 6:41:00 AM