PNC Bank makes a splash on Birmingham banking scene, and CDLU charitable group calls for it to sever ties with Balch and Bingham and its ugly past 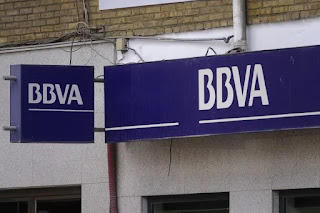 A Birmingham-based public charity and advocacy group is calling on PNC Bank, after yesterday's acquisition of BBVA USA, to sever the bank's ties to the Balch and Bingham law firm. The charitable organization Consejo De Latinos Unidos (CDLU) cites Balch's apparently racist actions in recent years -- including a lead role in the North Birmingham Superfund bribery scandal -- and historic ties to former segregationist Gov. George Wallace and a 1960s highway-funds scandal that involved the imperial wizard of the Ku Klux Klan.

To spearhead its campaign regarding BBVA's unsavory ties to Birmingham's legal community, CDLU has launched two Web sites -- one in English and one in Spanish -- to document the ugly past of a financial institution that once was Compass Bank and Central Bank before Spain-based BBVA took over in 2007.

PNC has a major presence in its home-base of Pittsburgh, and is the naming sponsor of PNC Park, the beautiful home of major league baseball's Pittsburgh Pirates. Will PNC maintain ties to Balch and Bingham? It's too early to know, but the CDLU says the answer should be a resounding no. From a CDLU press release issued yesterday:

Consejo De Latinos Unidos (CDLU), a public charity and advocacy group called on William S. Demchak, the CEO of PNC Bank which is acquiring BBVA USA, to terminate the alleged racist law firm Balch and Bingham, which has represented BBVA USA for more than half a century.


“The undisputed fact is that BBVA USA was founded in 1964 by a staunch segregationist who was part of racist Alabama Governor George Wallace’s inner circle. BBVA USA’s founder was also a long-time partner at Balch and Bingham, a law firm which continues to engage in deplorable and unsavory conduct. In 2018, a Balch and Bingham partner was convicted and sentenced to five years in federal prison for a bribery scheme that included suppressing African-Americans from testing their toxic and contaminated property in North Birmingham. BBVA USA’s outside counsel has also been involved in other alleged misconduct including targeting poor African-American children and allegedly disenfranchising African-American voters,” said Ernesto Pichardo, a long-time civil rights activist and chairman of the board of the CDLU.

In 1993, Pichardo won a unanimous U.S. Supreme Court decision for religious freedom and Civil Rights after his Afro-Caribbean faith came under attack due to blatant intolerance and discrimination by racists and religious bigots.

Today, the CDLU launched two websites documenting the racist history of BBVA USA, one in English, the other in Spanish.

CDLU's chairman says PNC Bank should take a stand for social justice -- in Birmingham and around the country, where it will have a presence in 29 of the 30 top U.S. markets. With BBVA deal, PNC will become the country’s fifth-largest bank by assets, with $550 billion, just behind JPMorgan Chase, Bank of America, Wells Fargo and Citigroup, according to Financial Times.

The deal should be about more than dollars and cents, says CDLU's chairman. From the press release:

“PNC Bank has a voice, a voice to bring systemic racism to an end. Balch and Bingham has refused to apologize to the African-American community for their egregious and unacceptable conduct, and 18 of 18 major D.C. lobbying clients have courageously terminated the embattled firm. PNC Bank must take a stand and not allow the firm to earn a single penny from this transaction,” Pichardo declared.

Pichardo has been a member of the board of directors of the CDLU since 2003, a public charity and advocacy group that launched an accountability and education project in 2017 about Balch and Bingham’s transgressions.