Luther Strange, former U.S. senator and attorney general of Alabama, is playing a central role in a tentative multibillion-dollar settlement with a company at the heart of the U.S. opiod crisis, according to a report from Associated Press.

The news roughly coincides with the disappearance on social media of Jessica Medeiros Garrison, Strange's one-time campaign manager and mistress. A source contacted us on Sept. 6 to say Garrison's social-media presence had gone pretty much dark. Earlier, the same source noted this had happened several times before, especially when Garrison or Strange were connected to potentially touchy situations. Does this suggest now that Garrison and Strange are trying to hide something that could have a negative impact on his involvement with the opiod case?

That question is filled with irony because the AP report indicates Strange got involved with the opiod case, in part, because of his ties to the Republican Attorneys General Association (RAGA), for which Garrison served as executive director before bailing out in January 2016 and winding up in an of-counsel position with Birmingham law firm Balch and Bingham. Garrison exited at Balch in early 2017, about the time news reports had Luther Strange involved up to his neck in the North Birmingham Superfund bribery scandal. 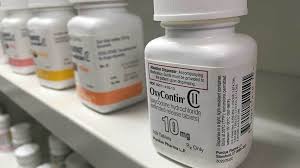 How did Strange get involved with the opiod case? It appears he had connections to the Sackler family, the owners of Purdue Pharma, the makers of OxyContin. From the AP report:

The opioid crisis has hit virtually every pocket of the U.S., from rural towns in deeply conservative states to big cities in liberal-leaning ones. But a curious divide has opened up.

The nation's Republican state attorneys general have, for the most part, lined up in support of a tentative multibillion-dollar settlement with OxyContin maker Purdue Pharma, while their Democratic counterparts have mostly come out against it, decrying it as woefully inadequate.

Exactly why this is so is unclear, and some of those involved suggested it can't necessarily be explained by the fact that the Republican Party is considered more friendly to big business.

Some of the attention has focused on the role played by Luther Strange, a Republican former Alabama attorney general who has been working for members of the Sackler family, which owns Purdue Pharma.

People familiar with the negotiations say he was at a meeting of the Republican Attorneys General Association over the summer, sounding out members about a settlement months before a tentative deal was struck this week.


Why would Strange (and Garrison, for that matter) feel compelled to offer a helping hand to the company behind OxyContin? It appears to involve cold, hard cash, according to AP:

Purdue has been generous in recent years to RAGA, contributing more than $680,000 to its campaign operation from 2014 through 2018. The company also gave to the organization's Democratic counterpart, the Democratic Attorneys General Association, over the same five-year period, but far less: about $210,000.

The proposed settlement with the Stamford, Connecticut-based drugmaker could ultimately be worth up to $12 billion, though critics doubt it will be close to that much.

Nearly half the states and lawyers representing some 2,000 local governments have tentatively accepted the settlement deal, according to people familiar with the talks. Under the deal, the company would declare bankruptcy and remake itself as "public benefit trust," with its profits going toward the settlement. An Associated Press survey of attorney general offices shows 25 states and the District of Columbia have rejected the current offer.

Purdue is perhaps the highest-profile opioid maker, but governments are also suing other drugmakers, distributors and pharmacies to try to hold them accountable for a crisis that has claimed more than 400,000 lives in the U.S. since 2000, including deaths linked to illicit drugs such as heroin and fentanyl.

The first federal trial over the toll exacted by opioids is scheduled to start next month in Cleveland.


Why would Strange refuse to comment on his role in the Purdue negotiations? Perhaps he was concerned that uncomfortable questions might arise about his ties to RAGA and Jessica Medeiros Garrison? Perhaps Strange is trying to help the Sackler family get off lightly, and he doesn't want to address questions on that subject? Reports AP:

North Carolina Attorney General Josh Stein, a Democrat, was one of the lead negotiators on the settlement and said that Strange played a big role.

"He was lawyer to the family, and so we had multiple discussions with the family in which I indicated that a supermajority of states could agree to a deal if the Sacklers would simply provide more certainty as to the payment," Stein said in an interview. "Almost all states would agree to the deal if the Sackler family would guarantee it 100%. Just make a payment. Those were discussions we had. The Sacklers rejected those offers and said it was take it or leave it, and I'm leaving it."


This much seems clear: The negotiations are tense enough -- with enough big dollars at stake -- that Jessica Garrison does not want anyone nosing around in her social-media profile. Our source says he has seen such behavior before, as he noted in a 2017 email:

The same week Luther Strange was accused in print of being involved in a bribe, Jessica Medeiros Garrison's Facebook was taken down without a trace.

She did this once before - the same week Luther got the senate appointment from Bentley.

When something is up they don't want anyone going through her old Facebook posts. There must be bombs in there.


We sought comment from Jessica Garrison, but she has not responded to our queries.
Posted by legalschnauzer at 6:07:00 AM