Goofy 911 call in Missouri focuses mostly on a threat I never made and a gun I never had -- and that's because my lawyer-brother, David Shuler, made it all up 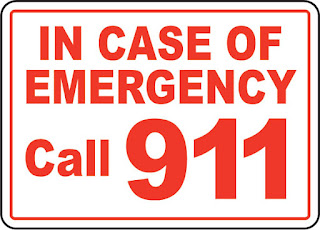 A 911 call that started with an allegation that I had threatened to shoot any law-enforcement officer who tried to evict Carol and me, quickly changed to an admission that I had said no such words -- and ended with the revelation that my lawyer-brother David Shuler instigated the call and made the whole "threat story" up.

The call, from Burrell Behavioral Heath case manager Joshua Davis, starts veering off the tracks with the claim that I had a gun. (Video/audio of 911 call is embedded at the end of this post.) Other than a BB gun I received as a Christmas gift at about age 12, I had never owned a gun in my life, up to the time of the call. Kathryn Mays, who had been assigned as my social worker, can be heard whispering to Davis throughout the call, and much of the misinformation apparently comes from her.

In fact, Davis does not seem to know what he's doing, or why he's even placing a 911 call for a matter he admits up front is a "non-emergency." The 911 dispatcher, a young woman named Maggie, seems to be saying, "Why are you calling me, and what on earth do you want us to do about it?" She really would have been dumbfounded if she had known almost everything she was told was false.

The call includes moments that are downright comical. Davis tries to explain that he is calling because Burrell has a "duty to warn."

That prompts Maggie to say, "I'm not sure what 'warrant' you're talking about."

Does Burrell actually have a "duty to warn" under Missouri state law? If so, I haven't been able to find it. There is this little item called medical confidentiality in many jurisdictions, and Burrell didn't seem to have a problem trampling mine -- going so far as to make up things I didn't say. Here's how the call begins:

Josh: I work with case management, and we have a client with Burrell who threatened to shoot anyone if they came to evict him from his house.

Maggie: Is he being evicted?

Josh: Yes, there has been an eviction notice posted at the house. Part of our duty to warn, according to one of my supervisors, is that I need to let the Greene County Sheriff's Office know, in case they send somebody out there, that he has threatened to shoot anyone . . . or not . . . well he's threatened to protect his home, I believe is his words. And he has a gun.


Notice that in the span of a minute or so, I've gone from threatening to shoot anyone who comes to evict to threatening to "protect my home." These people apparently don't realize there are a lot of steps you can take to "protect your home" that don't involve shooting anyone -- including legal steps, in court, that are supposed to ensure you are not unlawfully evicted. Do the people at Burrell think it's unlawful to protect your home against intruders? Apparently they do. Did any of them think to ask, "Is this threatened eviction unlawful, as Roger says?" Apparently not.

Trust me when I say it's otherworldly to hear people talking about you on a 911 call -- about a threat you never made and a gun you never had.

It gets even more bizarre when Maggie asks Davis if I have any tattoos. Me, a tattoo? I wouldn't be caught dead with one. But you can tell Maggie is making the assumption that I'm a criminal, so I must be covered in tattoos. Then, there is this:

Maggie: He has a gun, you said. Any other weapons that you know of?

Josh: None, that we know of.

Maggie: Would he be under the influence of anything? (Oh great, I'm a criminal AND a druggie.)

Josh: He takes medication for his mental illness that we work with him, but no other drugs . . . (Hey, you forgot my crystal meth. I love me some crystal meth!)

Maggie: What kind of mental illness does he have?

Josh: PTSD and major depression. (You aren't going to mention I was thrown in jail five months for blogging in Alabama? That doesn't qualify as trauma? And depression is considered mental illness? Hell, 7/8 of the country must be mentally ill then.)

Maggie: Is he a veteran?

Maggie: Do you think he is at home, at that location, now.


Remember, all of this hullabaloo -- on what is supposed to be a phone line for emergencies -- largely is about a threat I did not make and a gun I did not have. So who was at the heart of all this baloney? We will address that in an upcoming post.