Matt Osborne, the "brains" behind the Dry Alabama disinformation scam, continues to hurl insults with the intellectual capacity of a schoolyard spitball artist


Dry Alabama con man Matt Osborne, who dreamed up the misinformation scheme that helped give Democrat Doug Jones a U.S. Senate seat, apparently operates under the theory that if you find yourself in a hole, the best way out is to keep digging.

Since we showed Dry Alabama represented a violation of federal law that prohibits defrauding the United States via election interference -- blowing away Osborne's claim that he acted within the law -- the Florence, AL, resident has developed a major case of butt-hurtedness. In communicating with us via blog comments and Twitter feeds, Osborne has exhibited the intellectual heft of a third-grade spitball tosser. But no matter how bad he looks, Osborne keeps doubling down on his inane, insulting, and largely fact-free rants.

Here is Osborne's latest, proving that lack of class, taste, and intelligence is not limited to right-wing trolls. Self-professed liberals can go there, too. Osborne's latest round of invective appears on our April 17 post, where political insider Jill Simpson said Osborne and a female friend appeared at our home -- one week past my "arrest for blogging" in October 2013 -- after Osborne had asked around about gaining access to our computer.

My wife, Carol, invited them into our home, thinking they were friends and genuinely wanted to help at  a time of crisis -- and Osborne had arranged an interview for Carol with West Virginia-based Bob Kincaid and suggested she use Skype, which would have required access to our computer. That did not work out because our laptop at the time did not have a camera, which Skype would have required. Carol wound up doing the interview via phone, and to my knowledge, Osborne never even got a glimpse of our computer.

Carol and I both have doubts now that Osborne really was trying to help, particularly given his admitted ties to Doug Jones, whom we view as a "bastard-coated bastard with bastard filling" because of his apparent ties to theft of our jobs, our home, my freedom, and maybe even the loss of our apartment and breaking of Carol's arm in Missouri. Osborne left his first in a recent string of comments at 10:58 a.m. on April 17.

Matt Osborne said...
Deeper and deeper the crazy goes. Why yes, I did suggest Skype as one way to call into Bob's show -- because that was Bob's suggestion, made all the way from West Virginia. It's a suggestion he makes for ALL of his guests. Maybe go ask him?

(Or maybe he and Joe Manchin are part of this conspiracy, too? I'm sure Dana and Carol can think up some way to rope a whole 'nother state into their fabulous fantasy world of borderline psychosis.)

Roger, I now see why your brothers are desperately trying to help you. You do need help. You have got to get off this crazy train.


Well, what do you know, Osborne thinks my bothers -- David (the inept lawyer) and Paul (a radiology tech at Mercy Hospital), both of Springfield, MO -- have been trying to help Carol and me. How on earth did he come up with that idea?

Here is something that might come as a shock to you: When you have admitted to engaging in dishonest and deceptive behavior -- even violating federal law re: interference in a U.S. election -- people might tend to be skeptical about your word. When you've admitted to using people to get your political way, it's natural for me to wonder if you tried to use Carol. That you might have done it by entering my home, without my knowledge or approval, is alarming. Do I resent it? I sure as hell do. Will I consider all of my legal options in this matter? I sure as hell will. A few other points:

(1) No one said you tried to hack our computer. The suggestion was that you were interested in gaining access to it, and you don't deny having asked around about it. If the computer were on and right in front of you -- as if preparing it for use with Skype -- hacking would not be necessary.

(2) Who told you my brothers were trying to "help" me? You certainly didn't get that from me. Their ways of "helping" include: (a) Trying to have us declared wards of the state in a case so lacking in facts that even the State of Missouri dismissed it; (2) Lying about me making a threatening call to 911, which caused cops to storm our house with assault weapons and damn near got me shot in the head; (c) The same 911 lie did lead to cops breaking Carol's arm. That's just a sampler of how my brothers have lied about us and tried to cheat us. In fact, they are trying to cheat us at this very moment. Again, you dive into a subject where your knowledge is woefully lacking. I'd suggest you work on that because you do it over and over.

BTW, you never seem to respond to certain questions or requests, so let me repeat a few items from our previous communications:

(a) Where is the Melissa Brewer receipt that I asked you to send?

(b) Are you going to get me in touch with "RogerS"? I want to speak with him.

(c) What's your girlfriend's name, and what expertise does she have that allows her to make psychological assessments of people she never has met? 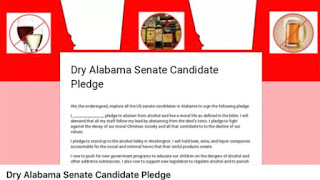 (d) Have you asked Doug Jones about the woman (not his wife) with whom he has an unusually chummy relationship? Isn't that the public's business, given Doug's exalted role in Congress? Want to see if Doug will give you an honest answer?

(e) Can you ID journalists who have "disproven" my reporting and provide links to their work? This is the 3rd or 4th time I've asked about this, and you never seem to have a response.

A final point: It's ironic that you lob insults and taunts regarding mental health at others, bu you are the one who has admitted to trying to scam others, acting in an outrageously dishonest fashion. Perhaps you should examine your own psychological profile -- the "log in your own eye" -- before noticing the speck in someone else's eye.


I dropped a little Bible stuff on Osborne, a passage that encourages self-examination, and it seemed to fly right over his head. But Osborne, by golly, still had plenty of insults to hurl. And when asked to provide evidence that might provide illumination on some of these issues, he resorted to a cover-up worthy of William Barr --without the jowls:

"Scam" has a specific meaning in law. It is synonymous with "fraud." IOW, to charge someone as a scammer requires that you can prove they got something of value by deceit. I got nothing of value by deceit in the Dry Alabama campaign as we never even solicited a donation. If I cared to make a court case out of this (which I do not), your use of this word would be a problem for you, not me.

I am not going to supply you with the names of third parties so that you can rope them into your crazyworld.

I am not supplying you with a receipt when I have no assurance that you will redact Melissa's address. She's had enough right wing lunatics coming after her for a lifetime, she doesn't need your crazy adding to her problems. And I will let her decide whether she wants to share anything with you.

I am not going to ask Doug Jones about his alleged girlfriend, and certainly not when that accusation comes from an unreliable source (you). I have no way of contacting him except maybe through his Senate office.

I am not in touch with RogerS and I have no idea how to contact that person, either. Can you contact some random commenter on this blog from five years ago? I don't think so. And I am no longer even at Breitbart Unmasked, so I have no way of even looking at the comment IP. That is not a rational request.

Finally, I mentioned Dana Jill Simpson exactly ONE TIME at BU, in passing, as it related to another story. The notion that Doug Jones was telling me to write hundreds of blog posts about her, on a site which focused on a completely different world from hers, is utterly insane and a perfect example of the real problem here: you people are nuts.


The word "scam" has a specific legal meaning, and Osborne suggested I was defaming him by describing him as a scammer -- even though he has admitted to multiple media outlets that he engaged in an electoral scam? This seemed like pretty weak broth:

You've admitted to engaging in a scam, so it is on target to describe you as a scammer. My use of the word is proper and accurate. So far, you've shown extremely limited knowledge of the law, but if you want to cite statutory or case law to support your claim about the legal meaning of the word "scam," have at it. It would be kind of a useless exercise because I'm using scam in its normal, everyday usage -- and in your own words -- it's accurate.

A few other thoughts:

(1) Your GF isn't a third party; she came to our home uninvited and could face legal consequences for that. She wants to remain out of this to keep from sinking deeper into the shit hole you've dug for her? Probably a wise move on her part.

(2) Melissa Brewer can redact her address herself. Problem solved.

(3) My understanding is that "RogerS" still comments occasionally at BU, so I'm sure it wouldn't be hard to ask him to contact me for a conversation. That of course might be a problem if "RogerS" doesn't exist.

(4) I don't expect to get an honest answer from you or Doug Jones about his girlfriend. But that story is in the works. BTW, you've yet to give an example of "unreliable" reporting on my part, and you never ID journalists who disprove my journalism or provide links to their work. Funny how that happens.

(5) You don't say who told you my brothers were trying to "help" Carol and me. Why don't you answer that question, and again, that person would not be a third party. Have at it.


Osborne next provided some information that did illumine things a bit. But unsurprisingly, he twisted it in what seems to be his standard disingenuous way.