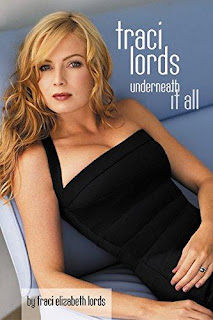 Traci Lords is one of the most famous actors in the history of adult films -- right up there with Linda Lovelace, Harry Reems, Ron Jeremy, Christy Canyon, John Holmes, and other luminaries. Lords' fame, to a great extent, grew from a court case. In a roundabout way, she helps prove that Missouri resident Scott J. Wells is innocent of federal child-pornography charges against him -- and he never should have been arrested or detained. Wells faces a trial in the Western District or Missouri, currently set for Feb. 12.

The U.S. Supreme Court (SCOTUS) found in a case styled United States v. X-Citement Video Inc., 513 U.S. 64 (1994) that the accused in a child-porn case cannot be found guilty unless the government proves he knew an individual in a suspect image was a minor (under 18 years of age). The feds' own documents in the Missouri case show Wells did not know the female depicted in a image sent to him via Facebook -- without him asking for it or knowing of its contents -- was a minor. (The criminal complaint and affidavit in U.S. v. Wells is embedded at the end of this post.)

Prior to X-Citement Video, the accused in a child-porn case could be convicted if he "knowingly received, possessed, or distributed a visual depiction of a minor engaging in sexually explicit conduct;" The term "knowingly" had been found to modify only the verbs "receiving," "distributing," etc. SCOTUS found in X-Citement Video that "knowingly" also modifies the word "minor." In other words, the accused now must know the image depicts a minor in order to be convicted.

Here is the court's central finding in X-Citement Video:

The Protection of Children Against Sexual Exploitation Act of 1977, as amended, prohibits the interstate transportation, shipping, receipt, distribution, or reproduction of visual depictions of minors engaged in sexually explicit conduct. 18 U. S. C. § 2252. The Court of Appeals for the Ninth Circuit reversed the conviction of respondents for violation of this Act. It held that the Act did not require that the defendant know that one of the performers was a minor, and that it was therefore facially unconstitutional. We conclude that the Act is properly read to include such a requirement. . . .

For all of the foregoing reasons, we conclude that the term "knowingly" in § 2252 extends both to the sexually explicit nature of the material and to the age of the performers.


That's a fancy way to say that Scott Wells (and others charged under Sec. 2252) cannot be convicted unless he knew the female in the Facebook photo was under age 18. And the following segment from the feds' affidavit shows he did not:

Wells admitted to communicating with another user with the Facebook account name of Kara Adkins, but claimed he never sent the user any images. Wells then stated that he quit communicating with Adkins because she sent him an image of a 19-year-old showing her butt.


Is there anything in the affidavit to suggest the feds can prove the girl was not 19, that she was under age 18? More specifically, can they prove Wells had no reason to believe she was 19. I don't see it.  That means, in essence, that the feds have no case -- that Wells never should have been charged or detained for two years, with his home searched -- producing evidence that likely should be suppressed as obtained contrary to the Fourth Amendment. Will Wells' court-appointed attorney, Shane Cantin of Springfield, pursue such defenses? We have asked via email, but Cantin has not responded. He has told Wells in writing that there are no defenses to the charges against him.

How does Traci Lords enter the picture? Well, she was at the heart of the X-Citement Video case. From the SCOTUS opinion, written by William Rehnquist (citations omitted):

These two transactions formed the basis for a federal indictment under the child pornography statute. The indictment charged respondents with one count each of violating 18 U. S. C. §§ 2252(a)(1) and (a)(2), along with one count of conspiracy to do the same under 18 U. S. C. § 371. Evidence at trial suggested that Gottesman had full awareness of Lords' underage performances. . . . ("Defendants knew that Traci Lords was underage when she made the films defendant's [sic] transported or shipped in interstate commerce"). The District Court convicted respondents of all three counts. On appeal, Gottesman argued, inter alia, that the Act was facially unconstitutional because it lacked a necessary scienter requirement and was unconstitutional as applied because the tapes at issue were not child pornography. The Ninth Circuit remanded to the District Court for reconsideration in light of United States v. Thomas, 893 F. 2d 1066 (CA9), cert. denied, 498 U. S. 826 (1990). In that case, the Ninth Circuit had held § 2252 did not contain a scienter requirement, but had not reached the constitutional questions. On remand, the District Court refused to set aside the judgment of conviction. 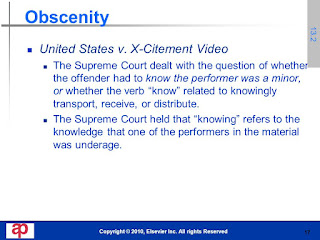 On appeal for the second time, Gottesman reiterated his constitutional arguments. This time, the court reached the merits of his claims and, by a divided vote, found § 2252 facially unconstitutional. The court first held that 18 U. S. C. § 2256 met constitutional standards in setting the age of majority at age 18, substituting lascivious for lewd, and prohibiting actual or simulated bestiality and sadistic or masochistic abuse. . . . It then discussed § 2252, noting it was bound by its conclusion in Thomas to construe the Act as lacking a scienter requirement for the age of minority. The court concluded that case law from this Court required that the defendant must have knowledge at least of the nature and character of the materials. . . .  The court extended these cases to hold that the First Amendment requires that the defendant possess knowledge of the particular fact that one performer had not reached the age of majority at the time the visual depiction was produced. . . . Because the court found the statute did not require such a showing, it reversed respondents' convictions. We granted certiorari . . . and now reverse.

That, in a deluge of legalese, is how a twisting and turning case involving Traci Lords wound up at the nation's highest court. If a federal judge in Missouri can properly apply the law -- and that's a big if -- Scott Wells should receive some measure of justice. The charges against Wells should be dismissed, but it's unlikely prosecutor James J. Kelleher possesses the ethical infrastructure to make such a request.

Perhaps a judge will make the decision for him, especially if Wells winds up with a real defense attorney.
Posted by legalschnauzer at 6:03:00 AM