Orkin Pest Control made the Rollins family millions, but fracking is taking them into billionaire territory 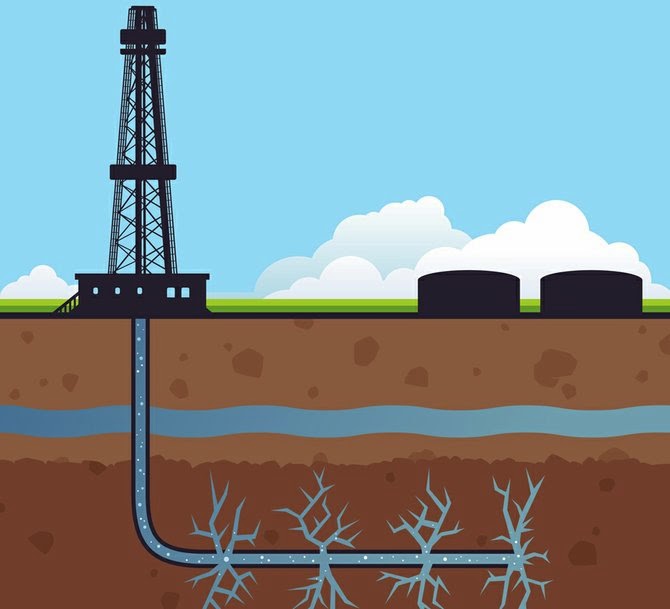 If the water contamination, air pollution, and health conditions associated with natural-gas fracking come to your community someday, you might be able to "thank" the Rollins family in part.

The Atlanta-based portion of the Rollins clan--another segment of the family is based mostly in Delaware and the Carolinas--is best known for Orkin Pest Control. But another firm under the Rollins empire is called RPC Inc., which is an oil and gas services company.

In a profile of the Rollins family in the current issue of Forbes magazine, reporter Clare O'Connor says RPC is heavily involved in hydraulic fracturing, also known as fracking. The process has significantly enhanced natural-gas production in the United States, but critics say it comes with a heavy price.

Fracking has paid off handsomely for the Rollins family, especially for brothers Gary and Randall Rollins, who serve as the company's chief executives. Before fracking came along, the brothers were comfortably in the millionaire class. But now they are worth about $2.7 billion each, ranking No. 225 on the Forbes 400.

What fueled the dramatic upswing in the bottom line? Here's how O'Connor explains it:

Even if their kids had troubles staying productive, Gary and Randall were masters of “meaningful pursuits,” using the steady money from killing vermin to bankroll an oil-and-gas-services holding company called RPC. In 1984 they spun it off from Rollins with a market cap of $52 million. For a long time it was just another good, solid, grimy business–a moneymaker that rode out the inevitable boom-bust cycles of three decades in the energy business.

Then came the fracking revolution, exploding Gary and Randall’s independent wealth far beyond the rest of the family’s. Between 2001 and 2013 revenues jumped from $265 million to $1.86 billion, 55% of which stems from fracking-related activities. Today RPC boasts a market cap hovering above $4.6 billion. Gary and Randall’s combined share is worth $3 billion. Much of this stock is held in yet more Rollins family holding companies and trusts; the two brothers control every last dollar.


What exactly does RPC Inc. do? A Web site explains all of the company's activities, but "pressure pumping" is the fastest growing segment--and it's tied to fracking, through a subsidiary called Cudd Energy Services:


RPC and Cudd have been to court over issues related to fracking. One well-known case, Scoggin v. Cudd Pumping Services, et al,, involved work in the Fayetteville Shale of northern Arkansas. Here is how one legal report summarized claims in the lawsuit:

In August of 2011, Defendants hydraulically fractured three natural gas wells which were located approximately 250 feet from the Plaintiffs’ home. Plaintiffs allege that, during the fracking process, large amounts of benzene, zylene, and methylene chloride were released into the environment, causing “dense clouds of a toxic mixture of atomized chemicals…” Air quality measurements taken in the Plaintiffs’ home revealed toxic levels of the chemicals.


Fracking within 250 feet of a home? Doesn't sound like RPB makes the most thoughtful of neighbors.

The two sides came to a joint stipulation for voluntary dismissal without prejudice. Our guess is that some sort of settlement was reached.

A 2011 news report on the Scoggin case stated:

The lawsuit is one of several that have recently been filed in federal court against natural-gas companies accusing them of harming people in the Fayetteville Shale. Other suits contend that fracking operations are contaminating groundwater and devaluing homes.

The shale-gas industry has boomed in recent years in the Fayetteville Shale in north-central Arkansas, jumping from only a handful of wells in 2005 to more than 3,000 this year.


Fracking litigation might be a hassle for RPC, but it doesn't seem to be putting a dent in the Rollins family bottom line.

American majority has been brainwashed. American "Elite" brainwashed the Americans in our majority or there would not be a billionaire class.

We have serious problems in the USA with the leadership.

When Government is elected to be the leader of the people that are also Government, then the Publics' Servants don't become billionaires. Corporations are welfare recipients of society, the CORPORATION was made into a PERSON by the Supreme Court and that corrupted decision further corrupted the corruption already from Bush Jr.

They were fracking 250 feet from a house. I assume the house had people living in it? Good grief!

Yes, the house had people living in it--250 feet from a Rollins fracking operation.

According to article at the link, there were children, ages 2 and 4, living in the house.

At this rate fracking will ensure the U.S.A. becomes as polluted as Communist China. Way to go boys!

If you can't figure it out, have a look at the demonstrators in Hong Kong. They know.

If things go "sideways" in Hong Kong will the U.S.A. accept any political refugees from Hong Kong or will corporate America simply turn a blind eye to it all. Can you just imagine if Americans got out and protested the way the people in Hong Kong are.