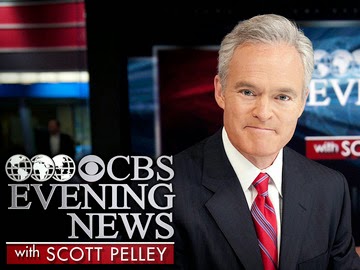 The most trusted organization in broadcast journalism produced a report last night on Mark Fuller, the Alabama federal judge who was charged in August with beating his wife in an Atlanta hotel room. CBS Evening News with Scott Pelley relied in part on nontraditional news sources in preparing the Fuller story.

How do we know? Legal Schnauzer was one of those sources. It's a classic example of how news gathering has changed, with the online press taking on more and more of a trusted role. It also is an example of a story that probably never would have reached the attention of CBS News, without aggressive reporting from nontraditional sources in the early stages.

The CBS piece, dated October 28, 2014, is titled "Ala. judge's spousal abuse case has some seeking his resignation."

Bianca Brosh, an assistant producer for CBS News, contacted me on October 14, and I posted that day on my Facebook page that a story about the Fuller case was in the works at the network. Brosh specifically asked about using a photograph of Fuller, taken by Phil Fleming of Montgomery, Alabama, that had run on my blog.

Blog statistics for Legal Schnauzer showed several visits from CBS Evening News to research our posts on the Fuller story. I'm guessing the network also checked out the reporting of Alabama attorney Donald Watkins, who has produced a number of important stories on his Facebook page about the Fuller case.

From the CBS story, written by Vicente Arenas:

Mark Fuller of Alabama may have his criminal record cleared, despite evidence on a disturbing tape. . . .

The caller is the wife of Mark Fuller, a prominent federal judge who has presided over some of Alabama's biggest cases.

Prosecutors filed a misdemeanor battery charge against Fuller. But the case did not come to national attention until the video surfaced of NFL star Ray Rice knocking out his then-fiancee, later wife, Janay in a casino hotel elevator.

Now Fuller has been relieved of all his pending cases, and there are calls for his resignation.


As we noted in a recent post, the nontraditional press has done most of the heavy lifting on the Fuller story. But it's gratifying to see CBS News step into the fray, adding its substantial clout to a story that now is national and international in scope.

I am glad that you are continuing to report corruption and other crimes committed by the decision makers in Alabama.

well better late to the party than not at all. Domestic violence is found in all walks of life, all level of income, all occupations, etc. If the media is going to report on NFL players because of allegations of domestic abuse, then all cases ought to be reported on.

Up to now it would not be unreasonable to conclude, as reported by the MSM, that spousal abuse was the perview of black foot ball players. After the CBS item, all will know that is not the case, rich white judges engage in spousal abuse also.

So good to hear your voice w/Peter B. Collins. I existed for several years in Dogpatch aka Montgomery, AL. My sis still lives there and voted for Lil' Bush TWICE. I'd admire you and your stalwart mate; sadly, you're rare. Good luck.

Would the "Schnauzer" be interested in going public with exclusive to offer CBS, since appearing established with them?