HSBC's Banking Scandal Hits Close To Home, Thanks To The Tentacles Of Bradley Arant Law Firm 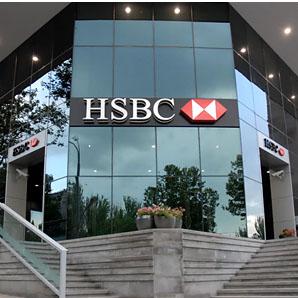 Today's biggest story in the financial world involves a record $1.9 billion in fines against British banking behemoth HSBC. The bank agreed to pay the fines to U.S. authorities for its failure to monitor illegal activities, including the laundering of drug money from Mexico.

The story has a distinct international flavor. But thanks to Birmingham-based Bradley Arant, our state's largest law firm, the story also has a taste of Dixie. That's because Bradley Arant has made it a habit to represent HSBC and other rogue financial outfits.

Bradley Arant became a major focus of our reporting because it represents Charlotte-based Campus Crest Communities and its CEO, Ted Rollins. Public records show that Rollins has engaged in all sorts of unsavory activity--perjury, child abuse, failure to pay child support, gross manipulation of a divorce case--and much of it has been centered in Alabama.

But as we reported in July, Bradley Arant is willing to bed down with a whole host of bad actors, including those who run HSBC. What kind of outfit is HSBC? Consider this from today's Reuter's report on the massive fines:

Mexico's Sinaloa cartel and Colombia's Norte del Valle cartel between them laundered $881 million through HSBC and a Mexican unit, the U.S. Justice Department said on Tuesday. . . .
Bank officials repeatedly ignored internal warnings that HSBC's monitoring systems were inadequate, the Justice Department said. In 2008, for example, the CEO of HSBC Mexico was told that Mexican law enforcement had a recording of a Mexican drug lord saying that HSBC Mexico was the place to launder money.

Mexican traffickers used boxes specifically designed to the dimensions of an HSBC Mexico teller's window to deposit cash on a daily basis.


You might think that Bradley Arant would want to keep a considerable distance between itself and HSBC. But you would be wrong. Bradley Arant lawyers seem to welcome HSBC, and its affiliates, as clients. From our July report:

George R. Parker, one of the firm's Montgomery attorneys, represented various HSBC entities in a 2008 federal lawsuit styled George D. McCarley v. KPMG International, et al. The case involved allegations of fraud connected to a home foreclosure, and considering that it started in the Middle District of Alabama and was appealed to the U.S. Eleventh Circuit in Atlanta, it should be no surprise that the corporate defendants prevailed.


Bradley Arant's ties to banking skulduggery do not end with HSBC. Reuter's includes Wachovia among other rogue banks that are under scrutiny. And here is what we reported earlier this year about the ties between Wachovia and Bradley Arant:

Officials for Wachovia Bank admitted in 2010 that they helped move $378.4 billion for Mexican drug cartels. Wachovia, which was purchased by Wells Fargo in 2008, paid $160 million in fines and penalties, and according to Bloomberg, that amount is less than 2 percent of the bank's $12.3 billion profit for 2009.

Wachovia had roots in Charlotte, and Wells Fargo is based in San Francisco, so where is the Birmingham connection? Well, that goes back to SouthTrust Corporation, which once was known as one of our city's "Big Four" banking institutions.

SouthTrust had $53 billion in assets and branches in nine states (Alabama, Florida, Georgia, Mississippi, North Carolina, South Carolina, Tennessee, Texas, and Virginia) when it merged with Wachovia in 2004. Wachovia was experiencing deep losses in the midst of the 2008 financial crisis when Wells Fargo plucked the bank off the scrap heap at a bargain-basement price of $12.8 billion. . . .

Throughout the SouthTrust/Wachovia/Wells Fargo mating dance--when Birmingham was hemorrhaging banking jobs--Bradley Arant had its dirty hands in the pie. And it looks like there was plenty of dirt to go around.


We are all for rogue bankers being held accountable. But when are authorities going to take a look at the law firms that are up to their necks in these dirty deals?
Posted by legalschnauzer at 3:01:00 PM

Oh the men and women of Bradley Arant, once again involved in crime. How do the spouses of these lawyers sleep at night? Oh, probably on a 5,000 dollar mattress, 500 thread counts sheets, in houses that cost millions....that is how they sleep, when the income is high enough I imagine the conscience goes into hibernation.

How many lawyers looked the other way when the HSBC scandal was going on?

Bradley Arant--always advancing the cause of justice.

Lets see here. Corporations are people too so as people they need to be represented & some one has to do it. O.K. it seems one firm seems to realllllly like it & you have to wonder how much they are paid to do this kind of work.

Now if the drug money was "dirty" & the banks laundered the "dirty money" & made a profit off it, it was "dirty profits". If this "dirty profit money" was used to pay these lawyers, then the money they were paid, was "dirty" & thus should be proceeds of crime. I guess the law could take the money from the lawyers unless the lawyers can prove it isn't "dirty money". Oh, right this is in Alabama & nothing is dirty there, just good ole boys trying to make a living so they can keep the current wife in style. yes, they are just people trying to get by.

You make an excellent point, I think. HSBC is a huge, international bank, and it probably hires law firms from all over. But you wonder how many of these firms got paid with what amounts to drug money. Seems some kind of forfeiture procedure would address such situations.

I like the part about Mexican drug dealers using boxes that fit a certain teller's window at HSBC.

The "BANKS" were then the same, different names.

Of course they drug launder how else can they keep the human global population under control.

Bradley Arant, just another name for the human capital GOY the FOREIGN CREDITOR owns TO commit atrocities for as long as "money" has controlled the ignorant people.

The southern people have been intentionally, in a majority obviously, duped into CHOOSING TO BE very very ignorant goy.

A good HuffPo piece on the HSBC scandal. Basically, says the bankers got off easy. Surprise, surprise!

Bradley Arant are A21 soldiers. They have their hands in every pie they represent. Microsoft is a client as well. Bill Gates is an agenda 21 backer along with the bipolar psycho Ted Turner and the infamous Soros. Not only do they defend the criminals, they are in on the crimes.

AL legislature banned Agenda 21 but the bill that was passed was to protect the state from liability. If AL is serious about protecting its citizens, they need to go back to the drawing table and include NGO's and nonprofits in this bill making it illegal for them to commit atrocities on AL citizens as well! Unless they do so, the bill is bogus!

LS, Neil Barofsky reminds me of your writing:

.. You can be forgiven if you watched the Department of Justice’s announcement yesterday of a $1.92 billion settlement with HSBC with a sense of disappointment--and déjà vu. The event checked all the boxes in a theatrical routine that has become all too familiar.

.. Broad boasts about the "historic" nature of the settlement that will certainly end the type of criminal misconduct alleged? Check.

.. Mea culpas from the offending institution with promises that it has really learned its lesson this time and will never ever engage in dastardly conduct again? Yep, that too. continued at

I hope Mr. Barofsky will keep his eyes on the law firms that are right in the middle of these dirty deeds.