The Truth About Ted Rollins: CEO Lied Under Oath To Greatly Reduce His Child-Support Payments 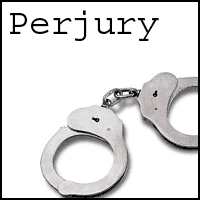 Ted Rollins, CEO of Campus Crest Communities, lied under oath in a child-support document he filed in his Alabama divorce case.

Sherry Carroll Rollins, Ted's ex wife and a Birmingham resident, makes the allegations in the third installment of a videotaped interview with Legal Schnauzer. (See the interview at the end of this post.)

Ted Rollins signed a CS-41 form stating that his only income was $4,166.67 a month, from employment at Reynolds Mortgage and Investment Co. of Brentwood, Tennessee. A CS-41 is an Alabama child-support document, an affidavit that is signed under penalty of perjury. The form was perhaps the single most important document filed in Rollins v. Rollins, a case that Ted Rollins initiated in Shelby County, Alabama, after Sherry Rollins' initial divorce complaint had been litigated for three years in South Carolina (where the couple had lived).

In a post titled "CEO With Deep Pockets Has Children on Food Stamps in Alabama," we published both a blank CS-41 form, plus a copy of the one Ted Rollins filed in Shelby County Circuit Court.

Based on Ted Rollins' sworn statement, his total income was $50,000.04 a year, and his child-support payments (for two daughters, Sarah and Emma Rollins) were based on that. The figure, however, seems to be greatly at odds with facts found by a South Carolina judge, as we described in a previous post:

How did Ted Rollins, who regularly flies around the country on private jets, manage to get a support judgment that might be expected for a janitor, a school teacher, or a journalist? We are continuing to investigate that question. But one answer appears to rest with a CS-41 form, an Alabama child-support document that is signed under penalty of perjury. . . .

The CS-41 is dated April 27, 2005, and published reports show that Campus Crest Communities already had started at that point, with Rollins as CEO. The South Carolina court found that Rollins was president of St. James Capital LLC, an investment firm he founded with his cousin--R. Randall Rollins, chairman of Rollins Inc. in Atlanta. The South Carolina judge found that the Rollins family is "extremely wealthy."

Sherry Rollins says both the amount and the source of Ted Rollins' income are false. From her interview with Legal Schnauzer:

The form said he made $50,000 a year and worked for Reynolds Mortgage company in Brentwood Tennessee, for a guy named Ken Reynolds--and that Reynolds Mortgage was withholding the support funds for the girls, and the state of Alabama would send it to me. The (child-support) check was late by two months . . . early in the first year (after the divorce) in Alabama. I called Reynolds Mortgage Company and got Ken Reynolds on the phone and asked why my girls' child support was late. I said I was Sherry Rollins, and I (had been) married to Ted Rollins. He said, "I know Ted Rollins," and he stated that Ted had never worked for him. . . . He had sold Ted some land in Murfreesboro, Tennessee, on which he built some apartments. That's when I learned that Ted had a company called Campus Crest. . . . Out of that conversation, I learned (Ted) had never worked for (Mr. Reynolds), and Ted had this company. Ted built one of his first complexes (at Middle Tennessee State in Murfreesboro).

It appears that Sherry Rollins caught her former husband red-handed in a lie--and it's not just a garden-variety lie. Ted Rollins' actions in his divorce case appear to constitute perjury and perhaps fraud on the court.

Is this a serious matter? Here is how the Code of Alabama defines perjury:

(a) A person commits the crime of perjury in the first degree when in any official proceeding he swears falsely and his false statement is material to the proceeding in which it is made.

(b) Perjury in the first degree is a Class C felony.

Did Ted Rollins commit a felony in the course of the divorce case he initiated in Alabama? We sent Mr. Rollins written questions via e-mail, seeking comment about allegations of fraud in the Rollins v. Rollins divorce case in Alabama. He has failed to respond to our messages.

Here is the Sherry Rollins' interview about the CS-41 form upon which Ted Rollins' child support was based:

Just looked up the Executive salaries of Campus Crest folks

Danny: Thanks for sharing this info. I've seen these figures at different places before and always found them curious. Ted Rollins is the CEO, head of the company, and hs compensation is listed at almost $316,000. Mike Hartnett, the chief investment officer and No. 2 guy in the company, has compensation of almost $2.2 million. Something strange is going on there. The No. 2 guy makes about 7 times what the CEO makes? I'm guessing that Ted Rollins' annual compensation is a whole lot more than that $316,000 figure. Either way, he sure isn't making the $50,000 he claimed in his divorce case back in 2004-05. It seems clear he was making way more than $50,000 a year back then, and he clearly is now. That means Sherry Rollins, under the law, is entitled to a significant bump in support payments. Not sure why that hasn't happened.

research clarksville tn homocide and look up the address of the "apartments" where the murder happened.

Hmmm . . . Clarksville, TN? That would be the home of Austin Peay State University? Am I getting warm?

If someone asked me, "What is the perfect crime in America?" my answer would be "perjury." My guess is that you are about 99 percent certain to get away with it. And considering what can be at stake in court testimony, depositions, sworn statements, etc., it's a crime that truly pays well. My personal court experience has been saturated with perjury from the start. If I had known how easily someone can lie under oath and get away with it, I never would have file the criminal-trespass complaint that started all of our headaches. And statements from UAB personnel in my pending employment case is riddled with perjury--and I've provided information to prove it's perjury. Do judges care? Nope.

Have the SEC filings been examined?

The answers will be there.

My understanding is that Sherry Rollins' efforts to conduct discovery in the divorce case were pretty much stonewalled.

SEC filings for publicly traded companies are available online.
Your response indicates you don't know what is there.

Here is an example.

It's probably all greek to the average reader, but you may be surprised the level of detail required in these SEC filings.

Thanks for the info. Ted Rollins' child-support affidavit was filed in the 2004-05 range. At the time, neither Campus Crest Communities nor St. James Capital were publicly traded companies. I think that is where much of the uncertainty comes in. There is a lot of information out there about his current "official" compensation from Campus Crest, now that it is publicly traded. It seems clear that Ms. Rollins is due to have her family support enhanced, given her ex husband's current financial situation. But the chances of that happening in a Shelby County, AL, court seem remote--especially when it never had jurisdiction to hear the case in the first place.

That is a detail that matters.

If there wasn't reportable ownership or management interest in a public company at the time in question then this is a different situation.