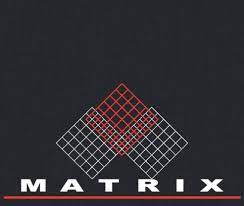 What might be called the Matrix Meltdown -- with Alabama Power and Balch & Bingham at the center of it -- has left a winding trail that federal investigators reportedly are following. Where will it lead, and who might come tumbling down as a result? A post at banbalch.com brings those questions to the fore, under the headline "Numerous Dirty Deeds? Matrix Meltdown Amplifies Alleged Criminal Misconduct." Writes Publisher K.B. Forbes:

The obscure political consulting group has a legendary if not a mythical reputation of engaging in alleged dirty tricks and alleged sinister if not criminal misconduct.

Is it true or fantasy?

Now everything is on the table and up for scrutiny. Will investigators connect the dots?

How ugly has the recent history become of those caught in the Matrix Meltdown? Forbes provides a rundown:

Since 2017, our blog has documented atrocious misconduct. As we have repeatedly said, in Alabama there are no such things as coincidences.

Let’s start with the Newsome Conspiracy Case. Burt Newsome, an innocent lawyer minding his own business who had no issues with Balch & Bingham, was allegedly targeted, falsely arrested and defamed by the once-prestigious, silk-stocking law firm in an alleged attempt to steal his business servicing banks.

Let’s review some of the alleged staged acts, beginning with the Verizon mess.

Newsome and his family wound up in somebody's cross hairs:

The trail then leads to Drummond Company and one of its former executives:

Now let’s look at the case of ex-Drummond executive David Roberson who filed a $75-million civil case against Balch and Drummond.

Forbes' own public charity, Consejo De Latinos Unidos (CDLU) has not been spared:

Then there is the orchestrated campaign against us, the CDLU, which                     utterly backfired, and has raised the eyes of investigators.

Alabama has been riddled with corruption for decades, but this current saga is both ongoing and unsettling:

Was Matrix, in anyway, involved in any or none of these dirty deeds?

Did Alabama Power (which pays Matrix millions) or its sister-wife Balch back any or none of these acts financially?

From what we have been told, investigators appear to be tracking down and interviewing the buffoons, idiots and morons involved in these alleged unsavory and criminal acts.

Disgraced ex-U.S. Attorney Jay E. Town fled in the middle of the night after resigning. He could have been a current candidate for U.S. Senate, but the photos of him slamming back cocktails with Alabama Power CEO and former Balch partner Mark A. Crosswhite were political suicide.

Now with Sloppy Joe and the Matrix Meltdown; the Crosswhite Scandal and secret million-dollar contracts; and Balch’s internal strife, who else truly wishes to hang themselves… or are they ready to cooperate with criminal investigators about these acts?

The public deserves answers about a lot of things, but especially the Burt Newsome car crash and the shooting at Roberson's car. Multiple lives were put at risk in those two events, They need to be thoroughly investigated.

Agreed. Unfortunately, I'm not aware of any serious investigation on either incident. Both could be viewed as attempted murder. If law enforcement isn't going to take that seriously, what does it take seriously? Why even have law enforcement if it's going to be that impotent.

Where were the infamous indiscreet imbibing photos taken?

Wasn't it something like Bob's Butt Crack Tippin Tavern?

Can someone check the expense accounts? Cause you know that a certain type of folk won't pay for nothing if they can expense it. They could start looking in the "Happy Ending" folder if they are half serious about figuring all this out!

I like your sense of humor -- and your investigative instincts. Here is URL to a banbalch.com post about the photos' origins:

Here are details from banbalh about the "cocktail caper":

The jaw-dropping photos were in an unmarked envelope stuffed in ex-Drummond Executive David Roberson’s mailbox during Thanksgiving weekend last year.

We couldn’t believe it.

Soon, after closely examining the photos, we confirmed they were taken at the Moon Shine Lounge at the Elyton Hotel in Downtown Birmingham.

Here is URL to Web page for Elyton Hotel and Moonshine Lounge. I think the lounge is on the hotel's rooftop, so it's a pretty snazzy place. Town and Crosswhie did not go el cheapo, which does makes you wonder about the expense-account issue.

If there was any justice in the world, K.B. Forbes and banbalch.com would have won a major journalism prize for their reporting on this. The chief law-enforcement officer for the Northern District of Alabama resigned almost immediately, suggesting the North Birmingham bribery trial was riddled with fraud from the outset. And the other guy (Crosswhite) probably should have been forced out, and he still could face major consequences. Huge story.

This was one of the most important stories of recent vintage in Alabama, and it was driven 100 percent by non-traditional media. I don't recall anyone in the MSM touching it.

What's the message of these photos? That Alabama' justice system, state and federal is "crooked as dog's hind leg," as my mother used to say. The Hugo Black Courthouse should have a sign out front: "Welcome to the Alabama Sewage Department." Sewage is what's mostly produced at that courthouse; it certainly isn't justice.

The Town-Crosswhite photos essentially are evidence of raw sewage flowing right out in the open in downtown Birmingham.

Here's more from banbalch.com re: the photos, posing number of important questions;

Why and by whom?

The photographs in the manila envelope were placed inside David Roberson’s mailbox during Thanksgiving. All evidence points towards that these photos appear to have been taken between late August and the middle of September of 2017, a few weeks before the indictments were handed down.

We believe the photographs were taken either by disgruntled law enforcement agents or a private investigator. Who was shadowing Crosswhite or Town and why? And why were they given to Roberson now?

Alabama Power’s problem is now with Mark A. Crosswhite.

And Crosswhite’s problem is with Balch & Bingham which has refused to resolve the Roberson and Newsome matters and put Crosswhite, his career, and his legacy on the brink.

Don't be too hard on Alabama Power!

They supported the Alabama Council for Excellent Government.