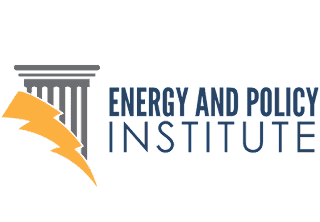 A prominent watchdog organization, known for exposing attacks on renewable energy and countering misinformation from fossil-fuel and utilities interests, has picked up on the story of Alabama Power's dubious contracts with Matrix LLC, of Montgomery. In its headline, the Energy and Policy Institute (EPI) refers to the power company's payment of "millions to shadowy consulting groups involved in scandals throughout the Southeast." Writes Daniel Tait, research and communications manager for EPI:

The records appear to be contracts between Alabama Power and companies controlled by Joe Perkins, a longtime Alabama-based political consultant whose companies have been connected to numerous utility-adjacent controversies, including the “ghost-candidate” election scandals in Florida and the North Birmingham bribery scandal in 2018, which has been referred to as “Alabama’s Watergate.”

The contracts were posted on the blog of Donald Watkins shortly after Christmas 2021. Watkins is an attorney who last year lost a $1.5 million defamation lawsuit brought by Perkins and is currently serving time in a federal prison on wire fraud and bank fraud charges.

An Alabama Power spokesperson was tight-lipped when EPI sought comment:

These new records appear to show two Alabama Power contracts, one for “consulting services” with Perkins Communications LLC, and another for “governmental relations” with Matrix LLC; both corporations are owned by Joe Perkins. The contracts were worth just over $2.5 million from January 1, 2018, to July 31, 2019. They contained reporting provisions that required Matrix and Perkins Communications to provide information to Alabama Power upon request and to keep detailed records of activities performed on behalf of the utility.

Perkins, who founded Matrix, is currently embroiled in a legal battle with the consultancy’s former CEO Jeff Pitts, who is now the head of a competing company called Canopy Partners.

UPDATE: After publication of this piece, Matrix LLC and Joe Perkins, via an attorney, demanded retractions. Their letter asserts in part, “Neither Dr. Perkins nor any Matrix employee provided legitimate services to or had any direct or indirect involvement in any of the Florida ghost candidate campaigns. To the extent Mr. Pitts or others were involved with any ghost candidate campaign, their involvement was without Matrix’s knowledge or consent and contrary to Matrix policy.” EPI stands by the reporting that Matrix LLC was involved with this scandal, involvement which was originally reported by the Orlando Sentinel. Jeff Pitts was CEO of Matrix LLC during the time period in question.

The purported contract between Alabama Power and Matrix LLC, worth $90,000 per month from January 1, 2018, through December 31, 2018, tasked Matrix with a variety of tracking and monitoring duties, such as to “monitor the policies of” existing environmental groups, and to watch for the creation of new environmental groups. The alleged contract tasks Matrix with monitoring the actions of regulatory boards and agencies – likely including the Alabama Public Service Commission – and maintaining relationships with those who influence state environmental policy. Alabama Power asked Matrix to “continue the development and maintenance of a grassroots database of organizations.”

Alabama Power’s contract with Perkins Communications LLC, worth $124,000 per month from August 1, 2018, through July 31, 2019, tasked Perkins with monitoring and providing “direct relations” with groups that impacted Alabama Power, such as the Alabama Education Association and the Alabama AFL-CIO. The contract was later broadened to include any external organization that may affect Alabama Power. Perkins was also tasked with promoting Alabama Power in the Black Belt (the region that gets its name from the rich soil that made it an agricultural hotspot, spanning across Mississippi, Alabama and Georgia). The company is listed as “Perkins Communication L.L.C.” by the Alabama Secretary of State’s office and is registered to Joe Perkins and Amy Todd Perkins.

The contracts allowed the two companies to collect fees from Alabama Power “without invoicing” or the submission of documentation to justify a payment. Under the contract, Alabama Power had the right to request a report describing the work the companies did for the utility, but it is unknown whether such reports exist.

The apparent contracts further required the companies to maintain records related to their work for the utility for at least three years and gave Alabama Power the perpetual right to audit and make copies of such records.

The records appear to show the Alabama Power-Matrix nexus was active during the North Birmingham Superfund bribery scandal, EPI notes:

The recently published records also appear to show that Alabama Power contracted with Matrix LLC and Perkins Communications during a period in 2018 when former state representative Oliver Robinson, then-Balch & Bingham partner Joel Gilbert, and former Drummond Company executive David Roberson were on trial for bribery. Robinson, who represented Alabama’s House District 58 from 1998 until he resigned on Nov. 30, 2016, sold his influence as a state legislator to aid Balch & Bingham and Drummond in opposing the Environmental Protection Agency’s efforts to prioritize and expand a Superfund site near Robinson’s legislative district. Drummond has historically been one of the largest suppliers of coal to Alabama Power, and the two have maintained a close relationship spanning decades, including a price fixing scandal in the late 1970s.

Alabama Power contributed at least $30,000 in 2015 to the Alliance for Jobs and the Economy, the shell group at the heart of funneling money for the North Birmingham bribery scandal.  Court records from the 2018 North Birmingham bribery trial show that Pitts met with Balch and Bingham regarding “community outreach”; court testimony indicated that such outreach was connected to efforts to stop a North Birmingham community from being added to the Environmental Protection Agency’s National Priorities List for Superfund sites.

Matrix LLC is a lobbying and opposition research firm that has provided political consulting services to Alabama Power for decades. Utility-backed front groups including JobKeeper Alliance and EnergyFairness, the latter of which was formerly known as the Partnership for Affordable Clean Energy, were born out of Matrix, and have supported the positions of Alabama Power.

The two front groups worked to stop a 2013 formal rate review of Alabama Power, which had not been completed since 1982. Terry Dunn, a Republican public service commissioner at the time, pushed for the formal rate review due to what he believed were Alabama Power’s excessive profits, saying, “They’ve [Alabama Power] had a free pass for the last 30 years. That’s what the problem is. It’s time to have a checkup.”

GASP, an environmental group, has said its website was hacked after criticizing the regulatory process in Alabama, and Dunn has said that he was trailed by private investigators. The Alabama Public Service Commission ultimately changed the formula used to calculate Alabama Power’s profits in an attempt to quell the public scrutiny, but an Energy and Policy Institute analysis found that Alabama Power still ranked as one of the most profitable utilities in the country, pulling in more than one billion dollars in profits on top of the electric utility industry average from 2014 to 2018.

JobKeeper Alliance and EnergyFairness have also worked on behalf of other utilities in the Southeast. EnergyFairness has supported Florida Power & Light (FPL)’s attempts to roll back net metering, a policy which requires utilities to compensate rooftop solar owners for excess energy they send to the grid.

Matrix and its former employees, such as Pitts, have worked to influence elections in Florida in the past few election cycles. Richard Alexander, whose sister worked for Matrix, chaired Grow United, the non-profit organization at the heart of Florida’s “ghost-candidate” election scandals, and is being investigated by prosecutors in South Florida, according to a report by the Miami Herald. Alexander also created groups to promote the agenda of FPL, according to reporting from the Orlando Sentinel. (UPDATE: The letter that the Energy and Policy Institute received from Matrix’s lawyer states, “To the extent Mr. Pitts or others at his direction were involved with Grow United, those activities were never authorized and were kept secret from Matrix and Dr. Perkins.”)

Pitts sent FPL CEO Eric Silagy a detailed proposal for how FPL money could be hidden through an array of entities which would then make campaign contributions to politicians to “minimize all public reporting of entities and activities,” according to reporting by the Orlando Sentinel. Silagy received the emails from Pitts under the pseudonym of “Theodore Hayes,” the Sentinel reported.

Editor’s note: In response to a letter from Matrix, LLC and Joe Perkins through their attorney, EPI has clarified some language in this article, while standing by specific factual assertions. Their full letter is available here.

My understanding is that Joe Perkins is owner and principal of Matrix, but he apparently didn't know what his employees were doing in Florida, and elsewhere?

Who was really running this ship?

I think you ask a couple of really important questions in this story. Makes you wonder if Perkins should have retired a few years ago. Maybe he checked out, without officially retiring. Strange.

Will be interesting to see if the story starts spreading from there.

I know the story already has spread to the South Florida Daily News, which I'm sure has been following the "ghost candidate" scandal in south Florida:

Unknown:
My plate is full at the moment, but I would be glad to talk. The best ways to contact me are through Facebook or Twitter. From there, we can set up a time to talk:

These dueling lawsuits in Florida and Birmingham, involving Matrix and some of its former employees, will be interesting to watch.

Yes, I imagine there is some pretty serious positioning going on at the moment. Will be interesting to see if there is any effort to consolidate the cases and hear them in one place. If so, the defendants seems to live and do business in Florida, so my non-expert guess is that would be proper venue. Not sure if there is any possibility it could wind up in federal court.

If a person had the intentions of hiding spending on things like caviar and hookers and blow do you think you would want to invoice that for reimbursement? Or do something else?

Thanks for sharing. The Sentinel has been doing some big-time reporting on this "ghost candidate" story. It's a big story down there, including the ties to Matrix and Alabama.

Thanks for gracing us with one of the funniest comments we've had in a while. It gave me an LOL moment, and those are always appreciated. Like a lot of great humor, it's funny partly because it has the ring of possible truth to it.