Balch & Bingham law firm steps in doo-doo again, creating a foul-smelling mess that could lead rainmaking partner, and others, to race for the exits 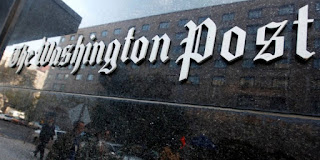 A rainmaking partner at Birmingham's Balch & Bingham law firm, and perhaps others, might be looking to hit the exits in the wake of the firm's latest encounter with doo-doo, the kind that sticks relentlessly to the shoes and seems to create an everlasting stench, according to a report at banbalch.com. Writes Publisher K.B. Forbes, under the headline "Will Balch’s Three-Headed Partner and Others Jump Ship?"

Get this: Balch & Bingham partner Christian B. Waddell serves as counsel to three different Mississippi state-sanctioned entities and agencies and has been involved as underwriting counsel for almost $1 billion in bonds and notes. Waddell has procured millions in contracts and has been, regardless of the cronyism, a money-making success.

Now everything appears to be at risk because of his association to the alleged racist and embattled law firm Balch & Bingham, and the investigative report of The Washington Post.

The Post report, which surely drew national attention, comes on the heels of several other debacles at Balch. We thought it could not get worse than having a former attorney accused of child-sex charges. But an expose in The Washington Post? That could be worse, almost as bad as responding to a knock at the door, and hearing a deep male voice say, "I'm Mike Wallace, from 60 Minutes" (especially since Wallace has been dead for more than nine years). Writes Forbes:

From the Mississippi rental assistance debacle to the alleged elderly exploitation scandal, from the criminal arrest of an ex-Balch attorney for alleged child solicitation to the never-ending but abhorrent Newsome Conspiracy Case, Balch is at a crossroads.

And when did Balch’s walls begin to collapse?

The late Schuyler Allen Baker, Jr., a long-time partner and General Counsel at Balch, foolishly vowed to fight the Newsome Conspiracy Case to the death.

An innocent competitor minding his own business, Burt Newsome was targeted, wrongly arrested, and defamed in a conspiracy allegedly headed by an ex-Balch partner now selling mattresses.

Newsome has been fighting Balch vigorously, even exhausting all legal avenues before eventually proceeding with a federal RICO and Civil Rights lawsuit.

Some Balch partners reportedly are angry that the firm's leadership has allowed a bad situation to deteriorate to a level that can leave reputations in tatters:

Schuyler Allen Baker, Jr. died last year. He obviously never thought or dreamt that things would escalate and deteriorate as they sadly have.

Our understanding from outside sources is that some Balch partners, across Balch’s footprint, are furious that the firm continues to throw gasoline on a case that should have been settled years ago.

Even Waddell allegedly is not pleased with the unneeded publicity and scrutiny. Is he, like former Balch partner William Stiers ready to jump ship?

We wouldn’t be surprised if Waddell and others ended up at Butler Snow or another reputable law firm in the near future.

Who can blame them or all three-heads?

Could things get worse before they get better for Balch? As banbalch.com reported on Saturday, The Washington Post already has shined a white-hot spotlight on Balch's three-headed partner:

If there is any kind of “strong track record,” greasing the political wheels through long-time inside connections and keeping the contract process closed sounds more accurate.

Chris Waddell, a Balch attorney, already served as MHC’s counsel, and Balch had just wrapped up work on another MHC aid program at the end of 2020. The board voted unanimously in a Feb. 10 meeting to hire Balch to help create RAMP. “As such, there was no request for proposals,” Spivey [MHC’s Executive Director] wrote in an email to The Post.

Present at the housing corporation’s Feb. 10 board meeting, according to the minutes, were Balch partners Waddell and Lucien Smith. Smith is the former chief of staff to Gov. Phil Bryant (R), for whom Reeves served as lieutenant governor before being elected to succeed Bryant in 2019. Smith also served as chair of the state’s Republican Party until last September.

Shameful! The counsel of MHC, Chris Waddell, a Balch partner and well-connected Balch partner Lucien Smith are present at an MHC board meeting (obviously closed to the public) when Balch receives a no-bid $3.8 million contract from Waddell’s own client using federal funds.

Chris Waddell focuses on affordable housing, economic development and public finance.  As counsel to Mississippi Home Corporation (the state’s housing finance agency), he has experience navigating both state and federal housing laws with particular expertise in Low Income Housing Tax Credits (LIHTCs), and single and multi-family development finance. As counsel to the Mississippi Development Bank, he frequently works with local governments seeking access to capital markets. He also represents the Mississippi Business Finance Corporation, a public corporation created by statute to encourage economic and industrial development in the state.

How many contracts has Balch received from these and other affiliated entities or agencies?

Goverment-made millionaires should not abuse their advisory roles to fatten-up their own wallets with no-bid, behind closed-doors, million-dollar contracts.

Now that federal funds are involved, the Office of the Inspector General of the U.S. Department of the Treasury and those in charge of CARES Act funds need to take a deep, forensic look at Balch and their government and political cronies.

I agree with Mr. Forbes. It's way past time the feds investigate this law firm.

This is the same bunch that engaged in criminal activity to pressure EPA to not test toxic soil in North Birmingham, on properties that mostly are homes to people of color. Disgraceful is the right word.