Dark money that boosted Florida GOP candidates traces to Alabama operatives, including ex employees of Matrix LLC, with its ties to Alabama Power 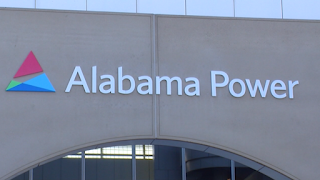 Dark money that benefited Republican candidates in Florida has been traced to former employees of a  Montgomery-based consulting firm with longstanding ties to Alabama Power and Southern Company, according to a report at the Orlando Sentinel. The case reportedly has the attention of criminal investigators in Florida, and it has a civil component -- in the form of a lawsuit that Matrix LLC founder Joe Perkins has brought against his former employees. Write Sentinel reporters Jason Garcia and Annie Martin:

The source of more than half a million dollars spent last year promoting “ghost” candidates in key state Senate races remained a mystery even as the scandal rocked Florida politics, but newly public records suggest the money is tied to political players in Alabama.

At issue is $550,000 donated last year by a dark-money nonprofit to a pair of political committees that promoted little-known independent candidates in three key Senate races: Senate District 9 in Central Florida and Senate Districts 37 and 39 in South Florida. The money paid for nearly identical mailers apparently tailored to persuade Democratic-leaning voters to support the independent candidates in each of the three races, all of which were ultimately won by Republicans.

Authorities in Miami-Dade County have since charged two people in connection with one of those races, including former Republican state Sen. Frank Artiles, who is accused of bribing one of the independent candidates to run. Prosecutors say it was part of a plot to siphon support away from the Democratic candidate in District 37 and tilt the election to the Republican, Sen. Ileana Garcia of Miami.

But investigators in the Artiles case have obtained records that suggest the nonprofits had ties to consultants working at the time for Matrix LLC, an Alabama-based communication and political consulting firm.

According to records from a separate civil lawsuit, those consultants all left Matrix at the end of last year amid a falling out with the firm’s founder, Joe Perkins, a Democratic strategist and behind-the-scenes power broker. Matrix recently sued its ex-employees — who now work together at a new consulting shop in Florida — accusing them of diverting fees from clients to businesses and nonprofits they set up for themselves.

Based in Montgomery, Alabama’s state capital, Matrix says it specializes in “assisting clients with highly sensitive and crisis situations.” There’s no indication the firm or Perkins are targets of investigators.

Perkins said he didn’t know anything about Proclivity or Grow United. He also said he had “no direct knowledge” of whether his former employees were involved in the campaigns. He declined to elaborate further, citing his lawsuit against them, to which they have not yet responded.

“The extent of any involvement that these other folks may or may not have had starts to get into the substance of my lawsuit,” Perkins said.

How did Sentinel reporters trace the dark money? It wasn't easy, with the funds following a winding trail that led to Alabama:

The Florida Center for Government Accountability, a government watchdog group, helped the Orlando Sentinel obtain and review documents to trace the dark money’s path to Florida.

“It was extremely difficult to unmask this trail of records, which does not appear to be unintentional,” said Michael Barfield, the center’s director of public access.

How exactly do the funds tie to Alabama? That's complicated:

At the time of last year’s elections, little was publicly known about Proclivity or Grow United except they were both set up in 2019 by Richard Alexander, according to Delaware corporate records, and they were 501c4 “social welfare” organizations, according to campaign finance records.

But investigators in the Artiles case obtained a copy of an $80,000 check from Grow United to one of the political committees used to promote the independent Senate candidates in Florida. The check, which Alexander signed, was issued by a bank in Alabama.

And separate tax and campaign finance records show that there is a Richard Alexander in Alabama associated with other nonprofits that have made significant campaign contributions in Florida.

In addition, Mothers for Moderation’s principal officer is Stephane Egan, according to a tax return. She is Richard Alexander’s sister.

Alexander and Egan have another sister: April Odom,the former chief spokesperson for Birmingham’s mayor who was working last year for Matrix LLC. According to litigation records, one of Odom’s colleagues at Matrix at the time was a Tallahassee-based consultant named Abigail MacIver.

And investigators in the Artiles case also obtained messages that appear to show that Alex Alvarado, the Republican political operative in Tallahassee who ran the two political committees that promoted the independent candidates, was working with both Alexander and someone identified in his phone as “Abbie M.”

"Abbie M" appears to be a key figure in all of this:

The person communicating with Abbie M isn’t identified in the records. But the messages were released as part of a larger batch of records that also include dozens of text messages from Alvarado to two other women involved in his political committees.

The texts with Abbie M began Oct. 6, a few days after Alvarado’s political committees received the $550,000 and a few days before they had to file campaign finance reports with the state.

“Get me C4 info when possible please,” an outgoing message said.

“Jeff was supposed to send to you. Let me follow up,” Abbie M responded.

In December, the records show Alexander emailed Alvarado to ask for a “correction,” writing that the source of the committees’ funding should have been listed in elections records as Grow United, not Proclivity. Alvarado responded he would make the switch “immediately.”

The Miami-Dade State Attorney’s Office refused to confirm whether Abbie M is Abigail MacIver or answer questions about the evidence made public so far. But Abigail MacIver’s boss at the time was then-Matrix CEO Jeff Pitts.

Alabama operatives tied to the scheme were not anxious to answer questions from the Sentinel:

Pitts declined to answer questions about his involvement in last year’s Florida Senate races. MacIver, Odom and Alexander could not be reached for comment. Pitts, MacIver and Odom are now working for Canopy Partners, a Florida-based consulting firm that Pitts co-owns, according to litigation records — and all three are among the ex-Matrix employees named in Matrix’s civil lawsuit.

“The firm has always followed the letter and spirit of the law and any insinuation to the contrary is absolutely false,” Al Vreeland, a lawyer representing Canopy Partners, said in a statement provided by a spokesperson.

Matrix has a deep history with some of the biggest names in the Alabama business world:

In its lawsuit, Matrix accuses Pitts and the other former employees of conspiring with one particular client to cheat Matrix out of fees. The lawsuit doesn’t identify that client by name but says it is a publicly traded company based in Juno Beach.

Based on Securities and Exchange Commission records, there is only one publicly traded company headquartered in Juno Beach: NextEra Energy, the parent company of Florida’s largest utility, Florida Power & Light, which turned a $2.9 billion profit last year.

Under Simpson’s leadership, the Senate Republican campaign committee paid more than $7 million during the 2020 election cycle to Data Targeting Inc., a political consulting firm tapped to oversee state Senate campaigns for Republicans. And Data Targeting gave a $15,000-a-month consulting contract to Artiles to work on Senate elections in Miami-Dade County. It also reimbursed Artiles for expenses that line up with steps authorities say he took to orchestrate the campaign of the independent candidate in Senate District 37.

Meanwhile, the head of Associated Industries’ political council is Ryan Tyson, who is also the executive director of another nonprofit called Let’s Preserve the American Dream that operates out of AIF’s headquarters in Tallahassee. Records show Alvarado works with Tyson and Let’s Preserve the American Dream, which paid Artiles $5,000 a month since 2017. Tyson said his nonprofit recently ended its contract with Artiles.

A spokesperson for NextEra declined to answer questions about whether the company had any role in promoting spoiler candidates in last year’s Senate races.

“All of Florida Power & Light Company’s corporate political and charitable contributions, which are funded by shareholders or employees, not customers, comply with all applicable laws and are properly disclosed,” spokesperson Bill Orlove said. “The company does not discuss its individual political contributions.

Why would Alabama political operatives be interested in Florida state Senate race?

Not sure. This is a complicated story, with many questions still unanswered, and that is one of them.

Just a guess, but it sounds like serious money was floating around, do that might have been one incentive.

None of the Alabama names mentioned are familiar to me.

Same with me. One of the Alabamians mentioned was ID'd as a Democratic, so not sure why he was in it.

Balch & Bingham has to be involved in this somehow, right?

At this point, I'm not aware of any Balch & Bingham involvement, but I would not be surprised to see their name surface. They have an office in Florida, and they always seem involved with energy companies, so wouldn't be surprised to learn if they have connections to Florida Power & Light or NextEra Energy. Of course, that wouldn't necessarily involve wrongdoing, but I could see the Balch name rising up at some point.

Here is info about Greg Gilbert, who is a VP at Canopy Partners and used to be at Matrix LLC. I's guessing he's a defendant in the Perkinds lawsuit: