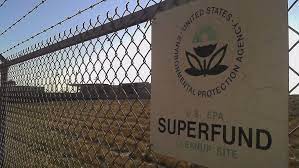 A prestigious East Coast law firm is investigating the apparent framing of former Drummond Company executive David Roberson in the North Birmingham Superfund case, according to a report at banbalch.com. At the heart of the probe is Jay Town, the Trump-era U.S. attorney who led the prosecution in the Northern District of Alabama. Writes Ban Balch Publisher K.B. Forbes, under the headline "Prosecutorial Abuse of Power? Disgraced ex-U.S. Attorney Jay E. Town’s Alleged Misconduct Becomes a Tinderbox":

Our sources in Washington, D.C. tell us that famed Baltimore legal powerhouse Venable appears to be engaged in looking into the alleged framing and set up of “fall guy” and ex-Drummond executive David Roberson, whose criminal lawyers rejected a no-brainer full-immunity deal with federal prosecutors.

As readers may recall, Balch & Bingham hired Venable in 2017 allegedly in an attempt to prevent the criminal indictments or prosecution in the North Birmingham Bribery Case. The effort failed.

So what is causing this stir and behind-the-scenes anxiety in Baltimore and Birmingham?

His alleged misconduct is stunning.

Who might have drawn Venable back into an Alabama mess that involves some of Birmingham's biggest legal and corporate names?

Now, we are wondering who is behind the latest efforts. Did one of the Three Stooges engage Venable? Was it Alabama Power, Balch & Bingham, Drummond Company or someone else?

Who are they trying to protect? Are more indictments coming? Is there a deep investigation happening as we write?

Tongues are on fire as the United States Congress investigates prosecutorial abuse of power. And sources tell us that as Venable snoops, Balch boosters and defenders are stressed out with excessive anxiety just as Town’s tinderbox appears to be ready to burn up.

Is it possible House Democrats have hired Venable as part of he effort to investigate the spying on members, journalists, etc.?

That's an interesting possibility. As you probably know, we have reported (via banbalch.com) on the possibility of a Congressional probe reaching into Alabama, largely because of Jeff Sessions' role in launching leak investigations.

We certainly can hope for federal intervention because Alabama needs a thorough cleansing, and much of the dirt circulates around Jeff Sessions and his cronies.

Perhaps Sessions is of interest because of his longstanding ties to Balch & Bingham, where the North Birmingham bribery scheme originated.