Michigan, Pennsylvania, and Arizona appear to hold the keys to Democrats' hopes of reclaiming the White House and sending Donald Trump to the sidelines 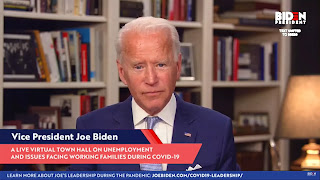 Democrats' strategy for reclaiming the White House in November should focus on strengths in Michigan, Pennsylvania, and Arizona, while building on signs of hope in the West, and to a lesser extent, certain areas of the South, according to an analysis at Axios.

Written by Doug Sosnik, White House political director for Bill Clinton's successful re-election effort, the report is built largely around the notion that the country has completed a political realignment that started with Clinton in 1992 and ended with Donald Trump's first term. That means Trump is running on different terrain than he faced in 2016. Key features of the realignment are expected to be central to the 2020 race:

* Suburbs, which constitute an increasing share of the U.S. population, are moving D.


As usual, the battleground states of the Rust Belt will bear watching, as will states where the political sands appear to be shifting -- at least a little. Writes Sosnik:

* Trump’s chance of winning Michigan, which he carried by 11,000 votes in 2016, has been significantly reduced by the impact of COVID-19 in the state, which has suffered the fourth most deaths in the country.

* Pennsylvania has almost been as hard hit as Michigan (fifth most deaths).

* Of the three Rust Belt states, Trump is best positioned in Wisconsin, where his job approval has remained higher than the national average.

West and South emerge as new Democratic base:

* Six states in the South and Southwest — Arizona, Florida, Georgia, North Carolina, Texas and Virginia — are in various stages of becoming blue states.

* Outside of Virginia, which has already become a blue state, Arizona is the state most likely to transition to a Democratic base state as early as November.

Joe Biden, the Democrats' presumptive nominee, has five best paths to victory -- and Sosnik spells them out:

* Michigan, Pennsylvania and Arizona: Biden wins all three states — his best option, given the political environment.

* Florida +1: Biden carries Florida, getting him to 261 electoral votes. A win in any of the other battleground states would put him well past 270.


Here is how Sosnik summarizes:

* Make putting Michigan out of reach for Trump the top priority.