Jessica Medeiros Garrison, an Alabama GOP operative tied to Luther Strange, might get caught in a storm created by shadowy facial-recognition company 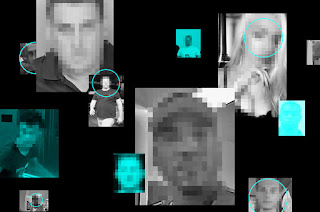 Alabama GOP operative Jessica Medeiros Garrison could be a target of a U.S. Senate grilling in the wake of reports about her involvement with a shadowy facial-recognition company that raises constitutional questions about privacy. Garrison is listed as the primary customer contact for Clearview AI, a startup that reportedly has pitched its services to more than 600 law-enforcement agencies.

Garrison, the one-time campaign manager and mistress for former Alabama attorney general Luther Strange, apparently has made her social-media presence go dark following a 1/18/20 New York Times report about disturbing issues surrounding Clearview. In addition to Congressional scrutiny, Clearview faces a class-action lawsuit, along with demands from at least one social-media giant to cease using its online images.

Sen. Edward Markey (D-MA) sent a letter last week to Clearview CEO Hoan Ton-That, asking for information about a number of prickly issues related to facial-recognition. From a report at cnet.com:

Democratic Sen. Edward Markey of Massachusetts issued an open letter Thursday demanding answers from the creator of a controversial facial recognition app used by US law enforcement. The letter to the CEO of Clearview AI, Hoan Ton-That, follows a New York Times investigation into the software company and its app, which can identify people by comparing their photo to a database of pictures scraped from social media and other sites.

In the letter, Markey requests information from Clearview, including a full list of any entities and law enforcement agencies currently using the technology, as well as details on any past security breaches and on Clearview's employee access privileges. Markey also asks if Clearview's technology is able to recognize whether the biometric information uploaded to its systems points to children under the age of 13.

"Any technology with the ability to collect and analyze individuals' biometric information has alarming potential to impinge on the public's civil liberties and privacy," Markey wrote in his letter to Ton-That. "Clearview's product appears to pose particularly chilling privacy risks, and I am deeply concerned that it is capable of fundamentally dismantling Americans' expectation that they can move, assemble, or simply appear in public without being identified."


If Clearview makes a serious attempt to respond to Markey's queries, could the letter wind up on Garrison's desk? Given that she is listed as the company's primary contact with the public, the answer likely is yes.  Clearview touts its technology as a way to fight crime, but Markey suggests it could help facilitate crime. From a report at mediapost.com:

Markey also warns that the technology could be “weaponized” in “vast and disturbing” ways.

“Using Clearview's technology, a criminal could easily find out where someone walking down the street lives or works,” he writes. “Widespread use of your technology could facilitate dangerous behavior and could effectively destroy individuals' ability to go about their daily lives anonymously.”


As for other issues now facing Clearview . . .

Twitter sent a letter [last] week to the small start-up company, Clearview AI, demanding that it stop taking photos and any other data from the social media website “for any reason” and delete any data that it previously collected, a Twitter spokeswoman said. The cease-and-desist letter, sent [last] Tuesday, accused Clearview of violating Twitter’s policies. . . .

Clearview’s database of photos dwarfs those previously used by law enforcement agencies. Other technology companies capable of building such a tool, like Google, have decided not to because of concerns about the potential for abuse.

Clearview AI, a start-up that reportedly sells "faceprint" databases to police departments, has been hit with a potential class-action lawsuit.

The company scraped billions of photos from Twitter, Facebook and other companies, used technology to create a faceprint database, then sold that database to police departments across the country, according to an explosive report Sunday in The New York Times.

In a complaint filed Wednesday in federal court in Illinois, state resident David Mutnick accuses Clearview of violating the state's biometric privacy law. That measure, considered one of the strongest in the country, requires companies to obtain consumers' written consent before compiling their faceprints.

Mutnick, who is represented by the Chicago civil rights law firm Loevy and Loevy, is seeking damages and a court order requiring Clearview to not only stop selling the material, but also expunge it.

Mutnick's lawsuit appears to be the first one against Clearview, but it likely won't be the last.

Attorney Jay Edelson, who has brought numerous privacy cases against Silicon Valley businesses, says he also expects to file suit against the company.

“What Clearview is doing is really game changing, in terms of individual autonomy and freedom,” he tells MediaPost. “And it's really scary that a startup -- just a couple of people -- can just change America.”

He adds that his goal would be to obtain a court order shuttering Clearview.

“I do not believe that what they're doing is proper, and we feel very good about being able to explain that to a court,” he says.