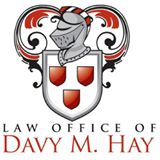 A hearing to reverse a $3.5-million default judgment against me in the Jessica Medeiros Garrison defamation case is set to be heard at 10 a.m. on Thursday (June 18) in Room 600 of the Jefferson County Courthouse. Judge Don Blankenship has postponed the hearing twice, on his own motion, but it looks like the hearing actually will take place this time.

Our guess is that Blankenship will hear oral argument and issue a ruling at a later date. But it should not be a complicated matter to decide.

Attorney Davy Hay, of Prattville, has filed a Motion to Vacate Default Judgment on my behalf, and he lays out multiple grounds for reversal. (You can view the motion at the end of this post.) Perhaps most importantly, default judgments have long been disfavored under Alabama law "because such judgments preclude a trial on the merits." Oliver v. Sawyer, 359 So. 2d 368 (Ala., 1978).

Bill Baxley, attorney for Garrison, has filed no written response to our motion, so it will be interesting to see what argument he makes directly to the court. If his client has a solid case for defamation, you might expect her to welcome a trial on the merits.

Despite whatever arguments Baxley comes up with, the facts and law already point to the default judgment being void, based on a case styled Abernathy v. Green Tree Servicing, (Ala. Civ. App., 2010). Abernathy focuses on the notice required for parties seeking default judgments. From the ruling:


Abernathy contends, among other things, that Green Tree did not provide her with appropriate notice of its November 12, 2009, application for a default judgment and that, as a result, the trial court erred when it entered the November 13, 2009, default judgment. Specifically, she argues that Rule 55(b)(2), Ala. R. Civ. P., required that her attorney be given three days' written notice before the entry of the November 13, 2009, default judgment and that the failure to provide such notice constitutes reversible error. We agree.


If the party against whom judgment by default is sought has appeared in the action, the party (or, if appearing by representative, the party's representative) shall be served with written notice of the application for judgment at least three (3) days prior to the hearing on such application.


That indicates the party against whom default is sought must be served and receive actual notice of the application--just putting the document in the U.S. mail and hoping it's received does not appear to be good enough. Evidence shows I never received notice of the Garrison default application, largely because I was unlawfully incarcerated due to the Rob Riley case for five months, and immediately upon release, walked into a foreclosure that forced my wife, Carol, and me to move from our home of almost 25 years. Our address changed during all of that upheaval, and the record indicates Baxley knew it had changed. But he moved forward with the default-judgment process anyway, even though it was clear I never received actual notice, as required by law.

What is the legal fallout from that? The Abernathy case spells it out:


Under the law, which we know often is ignored in Alabama courtrooms, Jessica Garrison's $3.5-million, get-rich-quick order is "void," which "requires a vacation of the default judgment." Bill Baxley surely will squawk about it, but his client's default judgment should be dead on arrival Thursday morning.

What actually happens will say a lot about Judge Don Blankenship, and whether he stands for the proposition that justice is possible for regular folks in Jefferson County, Alabama.


Roger Shuler--Vacate Default Judgment by Roger Shuler
Posted by legalschnauzer at 6:05:00 AM

I so hope that you can will yourself the power it takes to set down, shut up and let your lawyer do his job. You have to believe he is trying to help and do what is right. Without the legal training to work the process guys like you and I are out in the cold. With no money to hire legal help we get railroaded on a daily bases. You are lucky someone stepped up to help in your case, others are no so lucky. Wait and let him do his job, then when it's over if you are not happy, stab him in the back, file a complain with the bar association or better let one of the many big business lawyers who will be more than willing to destroy him (for standing up for you) file lawsuits against him. Can you see and understand what a brave man he is for taking your case? He will pay a high price for standing up against the power to bee's here in Alabama. You can jam well bet they want to sent a message to others lawyers that here in Alabama, we are the shot callers, we make the rules, we do what we damn well want to do and we can do it to anybody!!! Good Luck! It's not just about you Thursday, It's about good vs evil. May God help us all:-)

You are making assumptions about the relationships I've had with lawyers (mine, ones I've hired) that aren't necessarily true. My wife and I both have quietly put our faith in a number of lawyers--we haven't tried to do their jobs because we didn't want to--and things haven't worked out so well. This notion that I'm some kind of loud-mouth, know-it-all tells me you've never been around me--or my spouse. Also, I would welcome any examples you have where I've stabbed a lawyer, or anyone, in the back. I think you will have a hard time finding any.

We agree on this: Davy Hay is a brave guy, and I appreciate him stepping up to the plate to help. I also agree that this is about way more than me on Thursday, and beyond. We have a horribly broken system, and I hope Davy (along with Carol and me) can help make a difference. I appreciate your good wishes, and I hope we can meet someday so you can see what I really am like. Plus, I would be interested in hearing about your experiences with the legal system.

If I walked into a lawyer's office, and his words were, "You sit down, shut up, and let me do my job," I would go talk to a different lawyer.

Perhaps I should note that Davy Hay himself has never indicated he expects me to "sit down and shut up." We've talked a fair amount--he's asked me quite a few questions, and I've asked several of him. In one or two instances, I've provided my input on issues that I've researched, and he has responded in a professional, respectful way. I've responded to his ideas and queries in the same fashion. I think we are on a positive wavelength, and I look for it to stay that way. The big thing is that Davy knows, and acknowledges, that we are dealing with a broken system. He knows we have a major problem with compromised judges and dysfunctional courts in Alabama--and he wants to do something about it.

Roger, do as your conscience dictates. I am so tired of people telling other people to be quiet, when they are the victims of injustice. The motto of the law is: Qui tacet consentire. Silence gives consent to an act, not stands against it. Because the only thing which follows is more injustice.
Listen to your attorney, follow his advice, but be relentless in your quest for justice. If he says silence now, fine, but be ready once you win to show the forces of darkness, that they may sow the wind, but they are about to reap the whirlwind.
I hope that corrupt judge and police officer are brought to account for their immoral behavior as well.

I find it interesting, @6:43, that my post--and my lawyer's motion--make multiple references to the actual law governing default judgments, and you make not a single reference to law. That tells me that you don't know what you're talking about. Since you are apparently ignorant of the law, you then bring up the subject of "manliness," as if that has anything to do with matters at hand. For the record, I appeared twice in the Garrison case--transported from jail in shackles and chains because I had been kidnapped--to make sure my interests were represented. Is that "manly" enough for you? I'd like to see you try it.

You don't even have the courage to use your real name on a comment, but you are an authority on how a "man" should behave? Hah, what a joke.

So you admit, if you weren't in jail and forced to go to court, you wouldn't have gone. Your actions had already proven that.

How dense are you? I didn't say that at all. Here are a few facts for the hard headed:

(1) I made appearances in the Garrison case before I ever was kidnapped and sent to jail. Check the record.

(2) I didn't have to appear while I was in jail. The Jeffco court sent notice to Shelby jail and asked if I wanted to appear at a scheduled hearing. I responded that yes, I wanted to appear, and transportation was arranged to take me there. Check the record.

Schnauzer, I love it when you rip guys like this to shreds. It's very entertaining to see a lightweight like this clown try to take on someone who actually knows something about the law.

GOOD LUCK! keeping my fingers crossed for a positive out come for you and Mrs. Schnauzer. it actually maybe a reach but they may have included your wife, because from time to time you referred to her as Mrs. Schnauzer. Now in my opinion only a desperate fool would try to make that argument, but hey, with the mentality of your opposition, there is nothing that would surprise me.