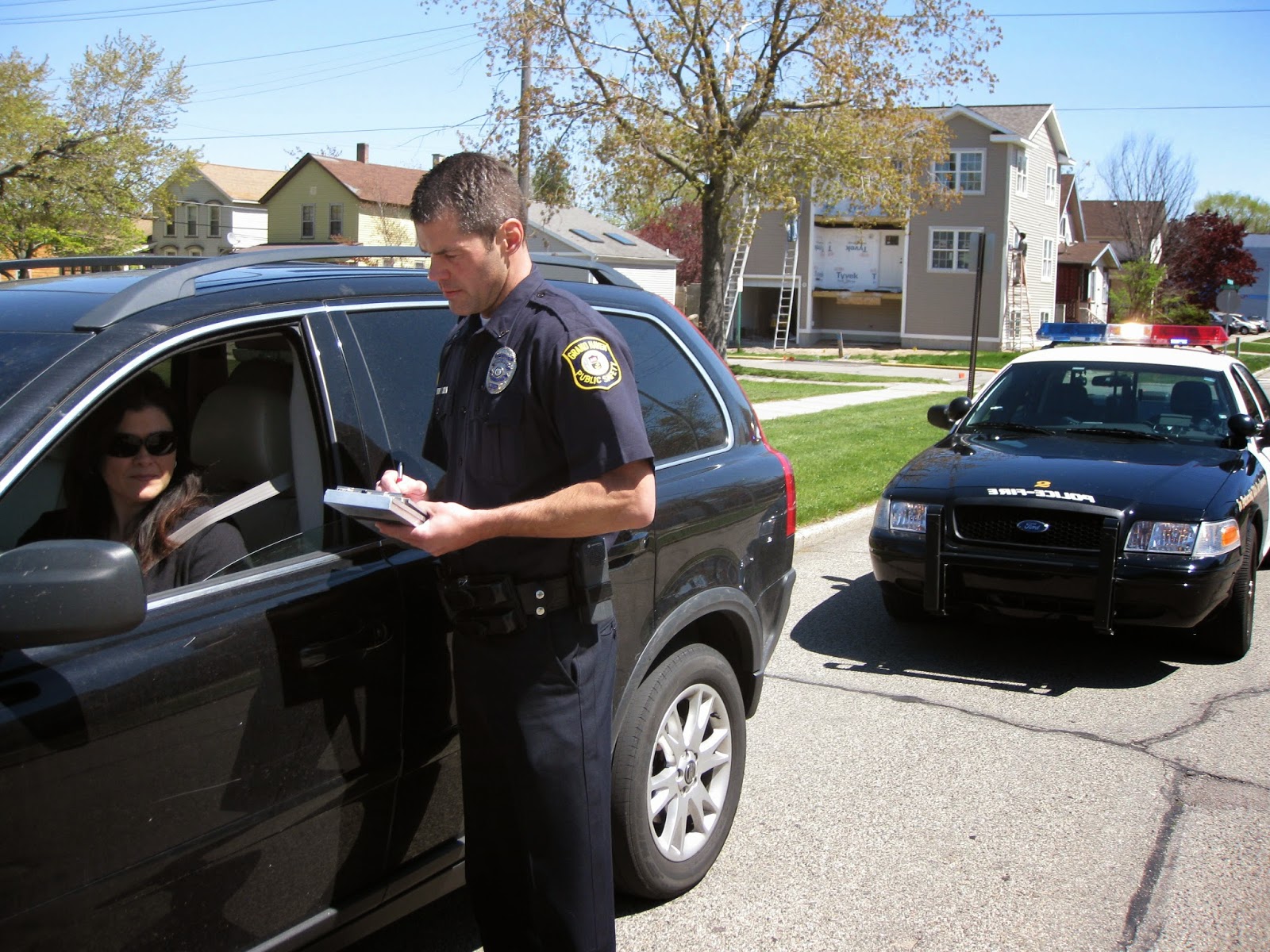 A U.S. Supreme Court ruling yesterday adds to the body of law that shows my wife and I were subjected to an unlawful traffic stop in the Rob Riley/Liberty Duke lawsuit that led to my five-month incarceration. The new ruling also adds to the law showing I never was lawfully served with the Riley/Duke complaint, meaning the court had no jurisdiction over me--as I argued in a court filing prior to my arrest and during a hearing after my arrest.

In Rodriguez v. United States, SCOTUS found that a stop prolonged beyond the time for an officer to complete his traffic-based inquiries is "unlawful," especially where there is no reasonable suspicion of any criminal activity connected to the vehicle. The majority opinion, written by Ruth Bader Ginsburg, says even a brief extension of a stop, once a citation or warning is given and traffic-related documents are returned, runs afoul of the constitutional right to be free from unreasonable seizures.

That means Shelby County deputy Mike DeHart violated the Fourth Amendment when he prolonged a traffic stop at the North Shelby County Library in order to serve me with court papers in the Riley/Duke complaint. That means service was unlawful, and I lost five months of my freedom because of a ruling from a court that had no jurisdiction over me.

We recently received documents from the court file showing that DeHart admitted his traffic stop, on September 29, 2013, was a "pretext" stop--meaning the real reason he stopped me was to deliver the court papers and not because of any alleged traffic violation. That strongly suggests DeHart's "pretext" reason for stopping me--that I had rolled through a stop sign--is false. If that's the case, the traffic stop was unlawful from beginning to end, and the Shelby County Sheriff's Office has stepped in some serious constitutional doo-doo. (More on DeHart's admitted "pretext" stop in an upcoming post.)

The Rodriguez ruling does not change the law as it relates to our encounter with DeHart. It just affirms a legal precedent under slightly different facts than the high court has addressed before. In other words, DeHart's stop already was unlawful--it's even more unlawful as of yesterday.

As we stated in a post on October 16, 2013--just one week before my arrest--the law already was clear that prolonged traffic stops are illegal, in the absence of reasonable suspicion regarding criminal activity connected to the vehicle. Even DeHart never made the slightest hint that criminal activity was associated with our car. The following paragraph sums up the law as it stood before yesterday's Rodriguez opinion:

Ordinarily, when a citation or warning has been issued and all record checks have been completed and come back clean, the legitimate investigative purpose of the traffic stop is fulfilled. United States v. Simms, 385 F.3d 1347, 1353 (11th Cir., 2004)


What element did Rodriguez add to the equation? A Nebraska officer had prolonged a traffic stop of Dennys Rodriguez in order to walk a drug-sniffing dog around the car. Given that it was unclear whether the officer had reasonable suspicion of a crime, SCOTUS found that extension of the stop violated the Fourth Amendment.

Our encounter with DeHart did not involve a drug-sniffing dog or anything else remotely related to an alleged crime. But yesterday's Rodriguez ruling drives home a legal principle that already had been clear in Simms and numerous other cases. Here, in the words of Ruth Bader Ginsburg, is the fundamental finding in Rodriguez (citations omitted):

Authority for the seizure ends when tasks tied to the traffic infraction are—or reasonably should have been completed. The Fourth Amendment may tolerate certain unrelated investigations that do not lengthen the roadside detention . . . but a traffic stop “become[s] unlawful if it is prolonged beyond the time reasonably required to complete th[e] mission” of issuing a warning ticket. . . .

The Government’s argument that an officer who completes all traffic-related tasks expeditiously should earn extra time to pursue an unrelated criminal investigation is unpersuasive, for a traffic stop “prolonged beyond” the time in fact needed for the officer to complete his traffic-based inquiries is “unlawful. . . . ” The critical question is not whether the dog sniff occurs before or after the officer issues a ticket, but whether conducting the sniff adds time to the stop.


In our case, the issue wasn't a dog sniff, but court papers--which DeHart handed me after giving me the traffic warning and returning my traffic-related documents. And his actions unquestionably added time to the stop. In the words of Ginsburg, DeHart's "authority for the seizure" ended the moment his traffic-related tasks were completed.

A trial judge in the Rodriquez case found that the dog sniff extended the stop by only "seven or eight minutes," and thus was a de minimis intrusion that is permissible by law. But the SCOTUS majority disagreed, saying an extension of any duration is unlawful, in the absence of reasonable suspicion regarding criminal activity. Wrote Ginsburg:

We granted certiorari to resolve a division among lower courts on the question whether police routinely may extend an otherwise-completed traffic stop, absent reasonable suspicion, in order to conduct a dog sniff. . . . Without additional reasonable suspicion, the officer must allow the seized person to depart once the purpose of the stop has concluded.


Even before yesterday's ruling, DeHart was required to let us depart once his traffic-related tasks were completed. Rodriguez drives home the fact that an extension of the stop, even a brief one, was unlawful.
Posted by legalschnauzer at 6:11:00 AM

Our police departments have been taken over by astounding arrogance. What was this officer thinking? What was the officer in SC thinking? Hard to fathom.

I don't think Officer DeHart was thinking at all. I think he was just following orders. The powers that be probably told him I had to be served that day, and he had to get it done no matter what laws were violated.

It's shocking to see a SCOTUS ruling that favors the citizenry over the police state. Can't remember the last time a ruling like that came down.

I can't believe Scalia and Roberts voted with the majority on this. Something strange is going on.

I agree, @9:12. It's especially strange when you consider that Scalia wrote the opinion in "Whren," which made pretext stops legal and essentially allowed cops to lie about the real reason they are pulling drivers over. Makes no sense that he would side with Ginsburg on "Rodriguez."

I can't believe Scalia and Thomas voted on opposite sides. Has that ever happened since they've been on the court?

Here is a 2013 article about a rare break between Thomas and Scalia:

Thomas and Alito are such pricks.

I think the recent string of police misconduct cases, starting with the Michael Brown shooting in Ferguson, Missouri, played a role in this ruling. We know this is a political court and they are sensitive to civil unrest. I think that's why they steered clear of ruling for law enforcement, as they normally do. I think that's why Scalia and Roberts voted with the majority.

You make a fascinating point, Jewels, one that had not occurred to me. Perhaps something positive finally has come from all of the recent police-driven mayhem. I think you are onto something important here.

I also think Jewels is onto something, especially when you consider the Walter Scott shooting came after a traffic stop that was butchered and probably was wholly unnecessary. SCOTUS has given law enforcement free reign for years, and this ruling looks like they are starting to backtrack from that.

I have come to learn that rulings such as this one from SCOTUS are for face value.

In my opinion, this is great for federal law, but federal law avoids areas that are presumed to require state action.

As rulings such as these are being handed down, state and federal actors are being granted immunity.

The state actors will have immunity, be justified in their actions, or have an exemption or exception.

If all else fails, they can be granted clemency or whatever other tactic to whitewash their record.

After all, seven years and a felony is erased. Not to mention those who probably know the judge and have records under seal, expunged, pardoned, dismissed and so on.

Theoretically, good. Operationally, questionable. I wish you all the best and hope that you find a lawyer who acts in good faith or a court that is fair and just.