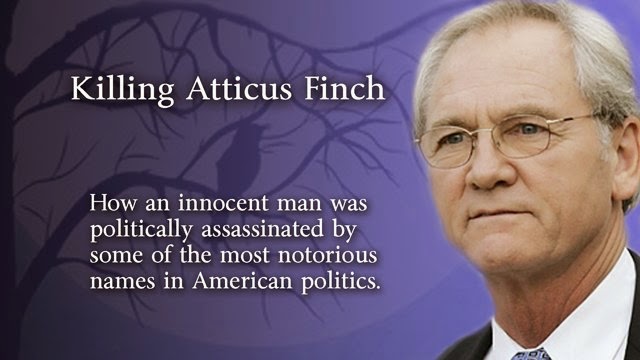 Former Alabama Governor Don Siegelman is seeking financial support for a proposed documentary about the political prosecution that caused him to unlawfully be sent to federal prison.

To be called Killing Atticus Finch, the film promises to expose Bush-era corruption in Alabama; Washington, D.C.; and around the country. The film's fund-raising site bills it as "the movie that Karl Rove does not want you to see."

From a federal prison in Oakdale, Louisiana, Siegelman sent a letter to the public, via Legal Schnauzer. The letter reads:

A LETTER FROM DON SIEGELMAN

Once again, I call on you to help me fight for justice, not for me, but for our criminal justice system. I thank you for helping with my personal fight to expose the truth about how Karl Rove used the Department of Justice as a political weapon, and to finally hold him accountable. Now I am seeking to make an important systemic change to help ensure fairness and reduce government misconduct. Please watch, share and support the Documentary Killing Atticus Finch. Help us tell my story!


Here is a summary of the documentary project and the effort to get it filmed:

THE MOVIE KARL ROVE DOES NOT WANT YOU TO SEE!

This film will expose the dark underbelly of corrupt politics that has remained secret for far too long.

Just like America's favorite literary figure, Atticus Finch, former Alabama Governor Don Siegelman believed in a judicial system that completely failed him. Don Siegelman needs your help! We need you to back this project so that the world will know about this travesty of justice. It's that important!

We have launched this GoFundMe Campaign to help produce a documentary that tells the whole story behind Don Siegelman's malicious prosecution and wrongful conviction. If you carry that same hunger for justice, please join us to shine a light on the truth.


Here is the trailer for Killing Atticus Finch:

If Karl Rove doesn't want me to see it, I want to see it.

I would love to see this project get traction and really expose Rove. If done right, the story is compelling enough that I think the doc could get an Academy Award nomination.