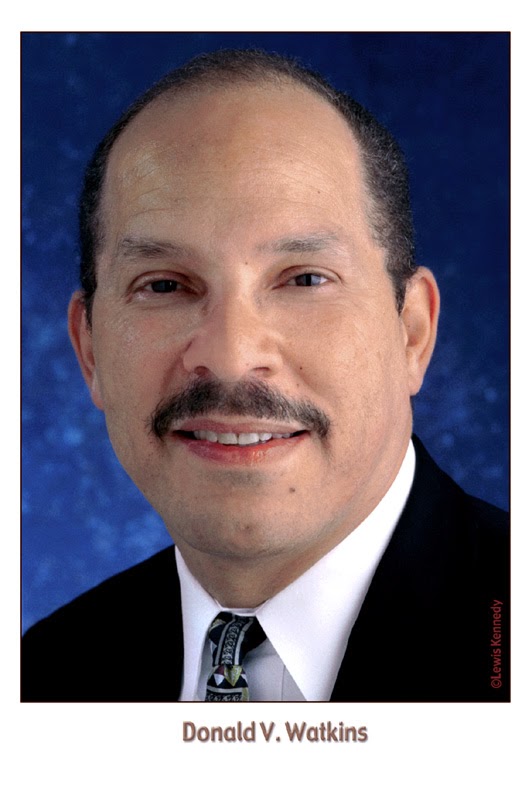 A federal judge was forced to step down in Alabama 12 years ago, apparently over rumors about womanizing. Judge H. Dean Buttram Jr., appointed by Democrat Bill Clinton, quietly resigned after only four years on the bench.

Current U.S. District Judge Mark Fuller is expected to keep his seat, even though he faces criminal charges of battery against his wife in an incident that allegedly started after she accused him of having an affair with a law clerk. Fuller is a Republican appointee, with George W. Bush picking him in 2002.

Prominent Alabama attorney Donald Watkins, in an article published on Facebook yesterday, points to the Buttram and Fuller stories as an example of the hypocrisy that reigns among corporate and legal elites in Alabama. Writes Watkins:

Buttram’s alleged womanizing never spilled over to the public arena. He was never arrested for battering his wife or any other woman. Whatever conduct compelled the judges to ask for Buttram’s resignation never rose to the level of a public spectacle. Buttram came to the bench as a scholar and gentleman, and he left as one.

Montgomery federal judge Mark Fuller was bailed out of jail in Atlanta. Fuller, in a drunken rage, had savagely beaten his second wife Kelli Fuller in an Atlanta hotel room just two days earlier. Fuller’s mugshot has been plastered all over the Internet since the beating. Both his first wife Lisa and current wife Kelli have accused Fuller of womanizing. Lisa divorced Fuller amid such allegations. Fuller caved in without much of a fight, rather than answer questions under oath about his alleged alcohol and drug dependency, his verbal and physical abuse toward Lisa, and his infidelity. Kelli accused Fuller of cheating on her with his law clerk. Kelli’s accusation triggered Fuller’s violent behavior. He hit, body-slammed, and kicked Kelli until her battered body was covered in blood. Paramedics had to treat Kelli at the scene.

What is more, Fuller apparently made false statements to the police officers who were called to the scene to investigate his beating of Kelli. His version of the events was contradicted by Kelli’s account, which was supported by the physical evidence at the crime scene. In Georgia, making a false and material statement to a police officer investigating a crime scene is a felony crime. Fuller’s conduct in making false statements to the police officers at the scene has provided Fulton County prosecutors with an opportunity to add a felony charge against Fuller.

Mainstream and social media outlets are clamoring for Fuller’s resignation.


Fuller likely will stay on the bench, and he is expected to avoid criminal prosecution. Why the radically different outcomes in the Buttram and Fuller cases? Watkins spells it out:

This is judicial hypocrisy in action. Buttram had to leave the bench, but Fuller can stay. When the accused judge is a Democratic appointee, he must resign. When he is a Republican appointee, he can come back to the bench after he “deals with these serious issues”.

We need one standard of personal and professional integrity for federal judges, and it must apply across-the-board. The judges who are pushing a double standard for the benefit of Fuller ought to be ashamed of themselves. They need to resign too.

Please join me in saying goodbye to criminal defendant Mark Fuller and his sympathizers. Fuller should leave the bench now. Wife-beaters, drug and alcohol abusers, philanderers, and liars are out. Truthful and clean living judges who have respect for women are in. No exceptions will be tolerated.

In case you did not know, Alabama is a state dominated by the Republican Party. This oligarchy included Governor Robert Bentley, both of Alabama’s U.S. Senators, all but one member of the state’s Congressional delegation, most of the state’s legislators, most of Alabama’s federal and state judges, and the Alabama Business Council, among others. . . .

The oligarchy has known about Fuller’s propensity to beat his wives and infidelity for years, but it did not matter as long as he was protecting their interest on the federal bench. He made them extremely proud during the seven years that he served as chief judge. None of Fuller’s comrades in the oligarchy have spoken out about his recent arrest for spousal abuse. In Alabama, money is power. . . .

After Fuller’s arrest in Atlanta, the oligarchy made it clear to mainstream media outlets in Alabama that there would be no media-feeding frenzy over Fuller’s wife-beating story. They were instructed to ignore the story, to the extent possible. This is why the stories reported by Alabama media outlets have originated from out-of-state media organizations and my Facebook posts.

Reportedly, the oligarchy is arranging for Fuller to enter into an anger management program, an alcohol and drug abuse program, and a facility for the treatment of Fuller’s alleged sexual addiction. They will try to buy his wife's silence with a nice financial settlement in divorce proceedings that is well above the amount specified in his pre-nuptial agreement. They are working feverishly to get Fuller’s criminal case dismissed. In Alabama, money is power.

When it is all said and done, a new and spit-shined version of Mark Fuller will be rolled out to the public. He will apologize for his bad behavior, pronounce himself as cured of his demons, wrap himself in God and the flag, and march back into his courtroom to dispense justice out to regular Alabamians.

“I'm tired of hearing sin called sickness and alcoholism a disease. It is the only disease I know of that we're spending hundreds of millions of dollars a year to spread.”

The law of averages says that a bad choice can be followed with a good choice, if you can tell the difference.

the judge needs to resign, but that isn't going to happen, as per the article you quoted. It almost makes one want to take out ads in local papers to "advertise" the news, or stand on a street corner, like pamphleters of old. How to get the message out, in these days of constant media is hard, when all the media is owned by a few.

The judge isn't "sick"> He's a spoiled kid who no one ever said no to and didn't have to learn what good manners meant. He was white, connected, and rich. The shame is his and those who support this type of behaviour.


The family with an alcoholic or substance abuser becomes dysfunctional and falls into chaos and crisis. It is no longer a healthy vibrant system. As the substance abuse progresses the family also becomes unwell: socially, financially, mentally,
emotionally and even physically – with poor health resulting from various stress-related issues.anger management atlanta