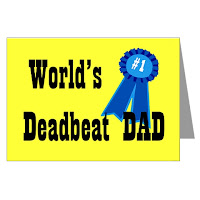 The CEO of a company that completed a $380-million Wall Street IPO in 2010 was a fugitive from justice for more than two years for failure to pay child support.

Ted Rollins, CEO of Campus Crest Communities, had a bench warrant for his arrest issued on October 17, 2002, in Greenville, South Carolina. Judge Robert N. Jenkins issued the bench warrant after Rollins had been found in contempt for failing to pay $4,500 a month in unallocated family support to Sherry Carroll Rollins and the couple's two children.

Campus Crest Communities is a developer of student housing, with strong ties to Alabama. The company is based in Charlotte, North Carolina, but its primary corporate law firm is Birmingham-based Bradley Arant. Also, the company has announced plans to develop a $26.3-million apartment complex near the Auburn University campus.

Court records show that the South Carolina bench warrant remained in effect for roughly 31 months and was not lifted until May 13, 2005, after the divorce case had unlawfully been shifted to Alabama.

Sherry Rollins and her daughters, Sarah and Emma, now live in Birmingham. They qualify for food stamps because of the grotesquely unlawful divorce decree that Shelby County Judge D. Al Crowson issued--even though he had no jurisdiction to even hear the case. Did Ted Rollins benefit from his ties to the powerful Bradley Arant firm? Those ties certainly seemed to work in his favor.

Why was the warrant against Ted Rollins lifted? That is unclear because there is no record in the court file that he ever paid the full amount of family support that was due while the bench warrant was in place. In fact, he didn't even come close.

As we reported recently, records indicate that Ted Rollins remains a deadbeat dad and still owes from $200,000 to $350,000. We have sent Rollins written questions on this issue, and he has refused to answer them.

The bench warrant states as follows:

It is ordered that the Sheriff of Greenville County, or his authorized deputy, is hereby authorized and directed to arrest and incarcerate Defendant Theodore Wayne Rollins and confine him in the Greenville County Detention Center for a period of 6 months, or until his obligations under this Court's Contempt Order dated October 17, 2002, are fully satisfied.

Records show that Ted Rollins did not fully satisfied his obligations for a period of more than 30 months. So why was he never arrested and jailed?

For that matter, records show that Ted Rollins still owes at least $200,000 in court-ordered payments. And his failure to make the payments has helped place his ex wife and daughters on food stamps. He also caused them to be kicked out of their home during the pendency of the divorce case, in direct violation of a judge's order.

Why is Ted Rollins a free man? Is it because he belongs to one of America's wealthiest family and can essentially buy his way out of jail time? It certainly looks that way.

It also looks like Campus Crest Communities is being run by a man who was a fugitive from justice for more than two years.

On its Web site, Campus Crest outlines a high-minded set of corporate values. It includes this statement:

"The student is the heart and soul of Campus Crest and the source of our inspiration, dedication and drive. Every day, we strive to go above and beyond to provide unparalleled service to them, their parents and the institutions they attend. With each class that graduates, we are helping build the future and we take that responsibility very seriously."

Campus Crest takes its responsibilities seriously? That's funny because public documents indicate its CEO should be in jail for failure to pay child and family support--and failure to maintain an "undisturbed" home for his wife and children during the divorce case.

Consider just this one issue I raised in an e-mail to Ted Rollins:

The South Carolina court ordered you to maintain mortgage and insurance payments on the family home. Sherry Rollins states that the monthly mortgage payment was roughly $4,500. A judge had ordered you to make sure that Ms. Rollins and your daughters had "undisturbed use of the home throughout the pendency of the case." The case went on for roughly another 33 months, and payments obviously were missed because Ms. Rollins was kicked out of the house and wound up having to provide for her own shelter--and the shelter for your daughters.

Mr. Rollins and his lawyer, Chad Essick, are quick to send threatening letters to me for reporting on the Rollins v. Rollins divorce case--and I suspect I will receive another one. But they seem to be in no hurry to answer questions such as the ones above.

Ted Rollins Bench Warrant
Posted by legalschnauzer at 6:05:00 AM

Our brand promise is delivering a most frugal student lifestyle experience in the interest of corporate profit. We want to encourage our residents to feel uncomfortable and socialize with the girlfriends of staff members.

Other student housing complexes suffer because we do things a little differently(Prefab). We focus on creating an extravagant lifestyle and atmosphere that is unmatched for corporate bigwigs. We want to bond you in the most unusual way. Get the residents to feel like they belong to a bondage club. This isn't just a place to stay; it's a place to have sex.

You would think the guy would at least pay his child support just to get you off of his case.

In Alberta, Canada, if you do not pay your child suppport and the government has to provide assistance, the government will take it out of any monies coming to you via a tax refund. Might be time the U.S.A. looks at something such as this.

Parents who do not pay child support are doing nothing but adding more debt to the state. They are also making life miserable for their children, not to mention their previous spouse.

Your column points out very clearly it is not only parents who can not afford to pay child support fail to pay it but those who can.

It is unfortunate there is no law which puts parents in jail for failure to pay their child support, when they can afford to do so.