CEO Repeatedly Violates Court Orders--And Gets Away With It 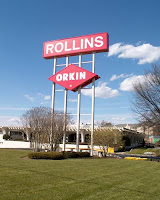 Ted Rollins, the CEO of Campus Crest Communities, violated at least three court orders in a divorce case that started in South Carolina and ended in Alabama. Court records indicate Rollins never was held accountable for any of the violations.

Is that because Rollins belongs to one of America's wealthiest families, the folks behind Atlanta-based Rollins Inc.? It certainly looks that way. Rollins Inc. is the parent company for Orkin Pest Control and other profitable enterprises. The company is led by brothers R. Randall Rollins and Gary W. Rollins, who according to an article in an Atlanta business publication, had stock worth of more than $700 million each in 2005.

And how is this for irony? Rollins Inc. has a history of working in home and business security, under the Rollins Protective Services brand. That unit was sold to Chicago-based Ameritech in 1997 and became part of SecurityLink.

A family with a history in the security business surely believes in law and order, right? Well, apparently not--when the law breaker is Ted Rollins, a cousin to the two brothers at the top of Rollins Inc. Ted Rollins has violated one court order after another, and no one in the justice system--or the Rollins family  hierarchy--seems the least bit concerned about it.

Let's consider some of Ted Rollins' actions in a divorce case that Sherry Carroll Rollins filed against him in Greenville, South Carolina, where the couple lived. After being litigated for roughly three years in Greenville, Rollins v. Rollins was unlawfully moved to Shelby County, Alabama, where Ted Rollins received an extraordinarily favorable divorce judgment. He was ordered to pay such a paltry sum in family support that Sherry Rollins and the couple's two teen-aged daughters now are on food stamps in Alabama.

How could that happen? For one reason, Ted Rollins never faced the consequences for violating court orders. These orders involved critical issues in any divorce case--discovery, shelter, and legal expenses. Ted Rollins was allowed to "skate" on all three issues:

* Discovery on financial assets--Division of marital assets, after child custody and support, probably is the critical issue in most divorce cases. In an order dated September 10, 2001, South Carolina Judge R. Kinard Johnson addressed the issue: "I find that Plaintiff (Ms. Rollins) is entitled to production of the complete file of Defendant's certified public accountant, Dennis L. Dabney, CPA, which was produced at the hearing in this matter."

Was this information from Ted Rollins' CPA ever turned over, as ordered by a judge? Sherry Rollins states that it was not. That helped ensure that Ted Rollins' interests in a number of businesses, including St. James Capital LLC, would not be uncovered.

* Shelter--When a couple separates, one household becomes two, and courts must address issues related to "the former marital residence." In an order dated February 8, 2002, Judge Johnson stated that Sherry Rollins was entitled "to the undisturbed use, possession and occupancy of the former marital residence, and contents "were to remain undisturbed during the pendency of this action." In short, Ted Rollins was ordered to maintain payments on the mortgage and insurance for the family home.

Did he do that? Sherry Rollins said the mortgage went unpaid, and bank officials forced her and her daughters out of their home. That's when they fled to Alabama, where Sherry Rollins had family--and where Ted Rollins filed a divorce case against her that could not be heard under simple jurisdictional law, as expressed in Wesson v. Wesson, 628 So. 2d 953 (Ala. Civ. App., 1993).

* Legal expenses--In Alabama, Circuit Judge D. Al Crowson administered a monstrous cheat job to Sherry Rollins and her daughters. But in an order dated July 18, 2005, Crowson wrote: "Plaintiff [Ted Rollins] shall pay to Defendant the sum of Fifteen Thousand dollars ($15,000) with which to pay her attorneys, MaryLee Abele and Conrad Fowler, as and for a portion of the reasonable value of their services rendered in this cause."

Earlier this year, I sought to conduct a telephone interview with Ted Rollins regarding Rollins v. Rollins and his company, Campus Crest Communities. He stated that he would reply only to questions in writing. In a response to me dated March 8, 2011, Rollins stated that there was "more than a fair process" in his divorce case.

That raises this obvious question: How could the process have been fair when Ted Rollins repeatedly failed to turn over information, take actions, or pay funds, as ordered by the court?

I put that question, and others, to Ted Rollins in an e-mail last week. He has told me several times that he would be "more than happy" to respond to written questions. I've sent him five sets of written questions, including the ones from last week, and his only response has been to threaten me with a lawsuit.

Below is an e-mail I sent regarding violations of court orders in Rollins v. Rollins. I have received no answers to these questions:

That's part and parcel with people who have enough money, connections and influence to make things like these go away.