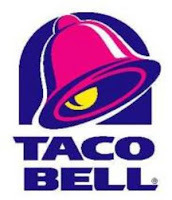 An Alabama law firm that sued Taco Bell for mislabeling beef has its own connections to alleged fraudulent behavior.

The Beasley Allen firm, of Montgomery, generated national headlines in January when it joined with a California firm to file a lawsuit against Taco Bell. The suit was filed on behalf of a single California client, but it sought class-action status. It claimed that what Taco Bell called "beef" was largely additives and did not meet federal standards for a product called "beef."

Both sides claimed victory Tuesday after Beasley Allen announced that it had dropped the lawsuit. But the story does not end there. For one thing, Taco Bell says it wants an apology for being forced to spend substantial sums of money defending a groundless lawsuit. The firm launched a public-relations campaign yesterday, taking out full-page ads in several newspapers with the headline, "Would it kill you to say you're sorry."

Law firms are not noted for issuing apologies, but the public should know this: Beasley Allen, while pointing an accusatory finger at Taco Bell, regularly affiliates itself with an attorney who has been charged in a federal whistleblower lawsuit with fraud. In fact, you might say that Beasley Allen engages the services of a lawyer who does not meet the general standards for a person called "ethical."

Homewood attorney Rob Riley, the son of former GOP governor Bob Riley, has worked with Beasley Allen on a number of cases. These include lawsuits against nursing homes and a rollover-death case involving a GEO Tracker. Founding partner Jere Beasley has referred to Riley as "a good lawyer" in press reports.

Beasley might want to check out a federal lawsuit, filed in 2008 under the False Claims Act (FCA), claiming that a firm Riley owns engages in Medicare fraud and other illegal activity. Performance Group LLC provides physical-therapy services and counts Riley among its owners. At least two members of the University of Alabama at Birmingham (UAB) medical staff have been affiliated with Performance Group.


A whistleblower filed the FCA complaint after gathering first-hand evidence about Performance Group's activities while managing one of the firm's clinics. No substantive action has been taken on the case, largely because U.S. District Judge William M. Acker refused to grant the federal government an extension of time to investigate the claims.

Our research indicates multiple extensions of time routinely are requested and granted in whistleblower cases. But Acker, an 83-year-old Reagan appointee who has long-time ties to Republican Party politics, refused to grant an extension in the Performance Group case.

Did Acker do this to protect Rob Riley, the son of a then sitting GOP governor? We have gathered evidence that indicates the answer to that question is yes. On a personal note, I've witnessed Acker's unlawful handling of my federal employment lawsuit against UAB, an institution that, as noted earlier, has ties to Rob Riley's ethically challenged company. We will be presenting loads of evidence that prove William Acker is a disgrace to the federal bench, a corrupt old phony who definitely is cheating me and probably is cheating a federal whistleblower in order to protect Rob Riley.

The Taco Bell/Beasley Allen story raises several issues that hit close to home here at Legal Schnauzer. Evidence strongly suggests that Rob Riley, or someone associated with him, helped cause me to be unlawfully terminated as an editor at the University of Alabama at Birmingham (UAB), after 19 years on the job. As we have reported several times, there is no doubt that I was fired from a public institution because I was blogging--on my own time, away from work--about the political prosecution of former Governor Don Siegelman:


Blog About Siegelman, Lose Your Job


And how do we know that? The proof is in this audiotaped conversation I had with UAB human-resources official Anita Bonasera a few days after I was placed on administrative leave. Between 1:35 and 2:30 on the audio, Bonasera admits that I was targeted because of my blog, specifically because of its content about the Siegelman case:


Audio: UAB and the Cost of Blogging About the Siegelman Case


A reader several months ago suggested that I contact Beasley Allen about possible representation in my employment lawsuit against UAB. I was unaware of the firm's ties to Rob Riley at the time, so I agreed to a telephone consultation with attorney Larry Golston. I later received a letter from Golston stating that Beasley Allen declined to represent me.

I had no problem with that, but this question now comes to mind: Did Beasley Allen decline to represent me because of its affiliation with Rob Riley? If so, does that mean Beasley Allen knows Rob Riley was involved in cheating me out of my job at UAB? If that's the case, it means Beasley Allen is violating Rule 8.3 of the Alabama Rules of Professional Conduct, which states:

(a) A lawyer possessing unprivileged knowledge of a violation of Rule 8.4 [Misconduct] shall report such knowledge to a tribunal or other authority empowered to investigate or act upon such violation.

Such a violation would place Beasley Allen in danger of being sanctioned by the Alabama State Bar--at least in theory.

That question should be put to Jere Beasley, who uses Riley's services with one hand while claiming Taco Bell deceives the public with the other. Here is another question for Beasley: Are you and your firm engaging in massive hypocrisy by pointing out alleged deception of others while working with a lawyer who has been accused of bilking the federal government.

What allegations are included in the whistleblower case against Performance Group LLC? We will be writing much more about the case soon, but here is an overview of key claims:

* The company routinely bills Medicare for services that were not rendered or were not medically necessary;

* The company filed false claims related to the issuance of back braces, neck collars, and other medical devices;

* The company violated federal Stark Laws by selling ownership interests to physicians and then encouraging those physician/owners to refer patients to Performance Group.

This is just an appetizer for a widespread fraud scheme that involves Rob Riley and individuals associated with UAB. We will be providing much more information in future posts.

Beasley Allen owes Taco Bell an apology. It owes the general public an explanation for its ties to Rob Riley.
Posted by legalschnauzer at 10:08:00 AM

This is just an appetizer for a widespread fraud scheme that involves Rob Riley and individuals associated with UAB. We will be providing much more information in future posts.
--
Mr. Schnauzer:

This is getting better than a soap opera.

Taco Bell did something for me that Jere Beasley's firm never would: they gave me a job and I was truly grateful. I think Beasley & his gang have been living in their ivory towers on Montgomery's East Side for way too long. There is NO expectation that Taco Bell's food is wholesome or nutritious, but it keeps millions of poor people and college students alive when they are working and commuting between two jobs or going to night school as I did for many years. I met all kinds of good looking women while I was working that Taco Bell drive through and in that's more than I can say about any law firm in Montgomery, Alabama.

The point of the lawsuit wasn't to say that Taco Bell's food isn't good for you. Most people know that already. (Though I've often stated that you could do MUCH worse than a steak soft taco, fresco style, when it comes to grabbing a quick drive through meal.)

The point was primarily to cause negative publicity for Taco Bell. That's pretty obvious. By saying that they couldn't call their taco meat "beef" (and with most people not bothering to look at details past the headlines) it would give a lot of folks the impression that there was no beef. In fact, the suit was alleging that because they mixed other ingredients in with the beef (like oats, spices, etc for flavor and texture) that it could not be called beef.

Considering what goes into my meatloaf and even my hamburgers that I make at home, I would not be able to call it "beef" under those same standards.

Is there anyway to move the Schnauzer couples case to the Western District of Michigan?

IT IS HEREBY ORDERED that Defendant Ranger Electronic Communications, Inc.'s Motion for Attorney Fees (Dkt. No. 364) is GRANTED

A lot of plotting going on:

Erik Prince was born in Holland, Michigan into a wealthy family, the youngest child of Edgar D. Prince, founder of the Prince Corporation (an automobile parts company that introduced lighted vanity mirrors for cars), and Elsa Broekhuizen.

Prince moved to Virginia Beach and personally financed the formation of Blackwater Worldwide in 1997. He bought 6,000 acres (24 km2) of the Great Dismal Swamp of North Carolina and set up a school for special operations.The name "Blackwater" comes from the peat-colored bogs in which the school is located.

Friday, May 19, 2006
Bush hits the campaign trail today, as does his wife, First Lady Laura Bush. The president attends a 12:40 p.m. ET fundraiser for Rep. Thelma Drake (R-Virginia) in Virginia Beach and then heads off to a 3:45 p.m. ET event at Northern Kentucky University in Highland Heights.
-

The plotting didn't help-though your SURE gave it a try.

Over the past several years, Congress has also conducted a series of investigations of Blackwater’s activities in Iraq and Afghanistan, including an inquiry by the House Intelligence Committee into the company’s involvement in a proposed Central Intelligence Agency assassination program.

In Virginia, two ex-employees have filed affidavits claiming that Prince and Blackwater may have murdered or ordered the murder of people suspected of cooperating with U.S. authorities investigating the company—charges which Blackwater has characterized as “scandalous and baseless.”
-

All Erik Princes' daddies billions did was to create a monster.

Undeterred, he decided to turn his daddies Rolodex into a roll call for what would in essence become a private army.

You want to know why Beasley Allen did not represent you in your employment claim? It's because you didn't have one. Alabama is an at-will employment state, genius. And, as such, you can be fired for good reason, bad reason, or no reason at all. That has been the law in Alabama for a century. That means that blogging about politics - on your own time - can end in your termination, even if everyone on planet Earth thinks it was a bad reason. From reading your post, I suspect there were other reasons. I have multiple claims against UAB for clients who's claims actually exist under the law.

I am not associated with Beasley Allen or Judge Acker. But I am an employment attorney. Before you jump to conspiratorial conclusions and make accusations about a sitting federal judge and a respected lawyer, take a look at the law. Ridiculous.

Your comment is so delicious, absurd, and ill-informed, 12:43, that I'm going to copy and paste it into comments at today's post, so readers can see it--and my response.

Don't blame you for writing this on a post that is almost five years old. If I had written it, I would want it hidden, too.