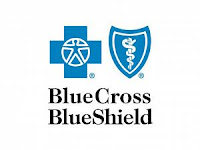 You might think that the company would be extra cautious about the people it hires. But according to our research, you would be wrong.

Few companies have done more to fight health-care reform in America than Blue Cross and Blue Shield. On any ranking of companies that put corporate interests over those of the nation at large, BC/BS probably would be near the top. Now we learn that the company, which has a long history of practicing Medicare fraud, is sloppy in its hiring habits.

We reported several months back about Latonia Davis, an employee at Blue Cross and Blue Shield of Alabama who pleaded guilty to trafficking in stolen identities. While we noted that the company apparently had been vigilant in that case, we wondered why BC/BS of Alabama has allowed my troublesome neighbor to work there for 20-plus years, even though he has an extensive criminal record.

My neighbor, the charming Mike McGarity, has been the subject of numerous posts at Legal Schnauzer--and will be the subject of many more. I have enough documentation on his criminal history to produce several weeks' worth of posts.

McGarity is directly responsible for the legal headaches my wife and I have experienced for almost 10 years now. But this issue goes beyond our personal tale of woe. Blue Cross and Blue Shield affiliates, because of their longstanding problems with Medicare fraud, have been charged by the federal government with being particularly strict about hiring practices. Is the company living up to its obligations?

Koko Mackin, a spokesperson for BC/BS of Alabama, said after the Latonia Davis story broke that the company takes seriously the security of its members' health information. If that is the case, how did somebody like Mike McGarity slip through the employment-screening cracks and stay there for almost 25 years? How many other people with criminal records have slipped through the cracks and have access to your private health and personal information?

This question becomes particularly compelling when you a conduct a little research into the problems BC/BS affiliates have had with fraud--and the resulting scrutiny its hiring practices have received.

As for Mike McGarity, whoever said "love thy neighbor" never met this guy. And apparently, BC/BS didn't bother to check out his criminal history before hiring him, in 1984 or thereabouts. It's not like his record is a secret; after he started causing my wife and me all kinds of legal headaches, I did some research and found it easily--a matter of public record.

Well, that's not how it's supposed to work. The various "Blues" around the country have long had problems with employee fraud. Former Blue Cross employees were sentenced in 2009 for their role in a major South Carolina fraud scheme.

The issue of fraud is particularly sensitive at BC/BS of Alabama, which is a regional Medicare administrator. Because of fraud concerns, government agencies such as the Centers for Medicare and Medicaid Services (CMS, formerly HCFA) have paid close attention to the hiring practices of Medicare contractors, such as BC/BS of Alabama.

In fact, the CMS manuals for claims-administration contractors recommends that "the employment application provide for the applicant's signed acknowledgement that falsification of his application could be cause for dismissal at any time after employment."

Is this serious business? Oh, yes. The hiring practices of Medicare contractors has been the subject of investigations by the U.S. Government Accounting Office (GAO) and the U.S. House of Representatives. One report was titled "Improprieties by Contractors Compromised Medicare Program Integrity." Another was titled "HCFA Oversight Allows Contractor Improprieties to Continue Undetected."

In short, the documents indicate that the "Blues," because of their problems with fraud, are not supposed to be hiring folks with criminal backgrounds. So why is Mike McGarity employed at Blue Cross and Blue Shield of Alabama?

It's not like his criminal record is small. He has at least eight convictions, and those were just the ones I could find--from checking Alabama, Jefferson County, and Birmingham records. That doesn't count the numerous other jurisdictions in metro Birmingham alone. And they don't count a drug-possession charge for which he confessed guilt, but the case was nol-prossed.

All of McGarity's convictions that I found are misdemeanors. But they are not all "minor" offenses. One is a violence-related offense, one is a sex-related offense, and several involve substance abuse.

My guess is that he probably has more criminal convictions than everybody else in our neighborhood combined. And who does he wind up living next door to? Mrs. Schnauzer and me. Has it been fun? No.

Here is a cavalcade of criminality from Blue Cross/Blue Shield employee Mike McGarity, with charges and offense dates, in chronological order. These records come from Birmingham Municipal Court:

Having McGarity as a next-door neighbor has provided one comical moment. After he filed a bogus lawsuit against me, I wound up representing myself and conducted a deposition of him. I asked about his criminal record and was curious about his two disorderly conduct convictions.

That is a broad charge--just ask famed Harvard professor Henry Louis Gates--that can apply to all kinds of offenses. In conducting research, I've seen it applied to everything from someone screaming at another person in public to soliciting gay sex in a men's room.

My research showed that McGarity's second disorderly-conduct conviction was for urinating in public. But I wasn't able to find the nature of the first charge. So I asked him. And his reply?

I'm not making this up, folks. The guy has been arrested so many times that he doesn't remember what they all were for! And he winds up as our next-door neighbor!

I guarantee you that if I had ever been arrested, I would remember it vividly. I bet most of you would say the same thing.

So here's the big question: How did Blue Cross and Blue Shield of Alabama come to hire Mike McGarity some 25 years ago, when his criminal history was fresh on the books? Did McGarity disclose his record, and the company hired him anyway? Did McGarity fail to disclose his record, and the company didn't bother to do a background check--even though it handles sensitive, private information with federal taxpayer dollars?

As we noted above, falsifying an employment application at a federal Medicare contractor is supposed to be grounds for dismissal. Is anyone paying attention at BC/BS of Alabama?

During summer 2009, in the midst of the Great Bush Recession, Blue Cross and Blue Shield laid off more than 150 people. Best I can tell, Mike McGarity was not one of them.

My guess is that those 150 people combined do not have as many criminal convictions as McGarity has by himself. And yet they were let go, while McGarity still seems to be drawing a paycheck.

I wonder how some of those folks would feel about knowing an accomplished criminal still works at BC/BS of Alabama--while they are out of jobs.

Again, is anyone in the human-resources department at Blue Cross and Blue Shield of Alabama paying attention?

Insurance is a legalized scam. Is it any wonder that they don't mind (or actually want) criminals working for them?

That's a very thoughtful, articulate comment. Care to enlighten us on what prompted this response?

I don't think that charges against him back in 77 should be held against him as people do change and you are being a prude.