Will Bar Complaint Take The Bite Out Of U.S. Chamber's Attack Dogs? 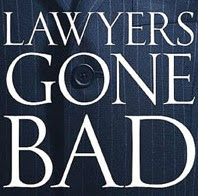 We long have been critical of lawyers for their failure to regulate themselves. Thanks to an offshoot of the WikiLeaks story, we are about to get another opportunity to see if the legal profession can police a few of its numerous bad actors.

Two watchdog groups have filed a bar complaint against lawyers who allegedly participated in a dirty-tricks campaign on behalf of the U.S. Chamber of Commerce. Lawyers from the firm Hunton and Williams were found to have engaged in apparent misconduct when the hacktivist group Anonymous leaked more than 70,000 of their e-mails. Anonymous has supported WikiLeaks' efforts to promote transparency in government and business, as have the targeted groups, StopTheChamber.com and VelvetRevolution.us.

Attorney Kevin Zeese filed the complaint with the Board of Professional Responsibility in Washington, D.C., against Hunton and Williams lawyers Richard Wyatt, John Woods and Robert Quackenboss. The Washington Post picked up on the story this morning.

"It is astounding that prominent lawyers from Hunton and Williams would conspire and solicit in writing to commit what seem to be obvious crimes, intentional torts, and ethical violations against reporters, NGOs (non-governmental organization) and unions," Zeese said. "Our complaint shows that Richard Wyatt, John Woods and Robert Quackenboss were willing to cross ethical boundaries to stop us from engaging in protected First Amendment activity.

"The e-mails show that they would stop at nothing to keep us from exposing questionable activities of the U.S. Chamber of Commerce. Our complaint lays bare for all to see just how egregiously the lawyers violated the Rules of Professional Conduct on behalf of a wealthy client. Not only will this complaint now be reviewed in various legal and law enforcement forums, but other clients and potential clients will get to see what really goes on behind the facade of Hunton and Williams."

How bad was the attorneys' behavior? A news release from StopTheChamber.com spells it out:

The complaint quotes from dozens of leaked emails and documents showing that the lawyers actively conspired with the investigators to engage in “dishonesty, fraud, deceit, or misrepresentation,” through the use of “false documents,” “fake personas,” “false information,” and “attacks” to “discredit” NGOs, unions and reporters. The complaint, by cross referencing these emails with criminal statutes listed by the Department of Justice in its manual on “Prosecuting Computer Crimes,” demonstrates that the lawyers “solicited, conspired with and counseled three of its investigative private security firms to engage in domestic spying, fraud, forgery, extortion, cyber stalking, defamation, harassment, destruction of property, spear phishing, destruction of property, identity theft, computer scraping, cyber attacks, interference with business, civil rights violations, harassment, and theft.”

Glenn Greenwald, a columnist at Salon, was one of the smear campaign's targets. He has written about the lead role Hunton and Williams lawyers played in the scheme:

But the real party here which deserves much more scrutiny is Hunton and Williams--one of the most well-connected legal and lobbying firms in DC--and and its partner John Woods. . . . Woods is at the center of all of it: the key cog acting on behalf of the Bank of America and the Chamber. It's Woods who is soliciting these firms to submit these proposals, pursuant to work for the Chamber and the Bank. . . . For a lawyer to be at the center of an odious and quite possibly illegal scheme to target progressive activists and their families, threaten the careers of journalists as a means of silencing them, and fabricate forged documents intended for public consumption--and then steadfastly refuse to comment--is just inexcusable. . . . In exchange for the privileges lawyers receive (including the exclusive right to furnish legal advice, represent others, and act as officers of the court), members of the Bar have particular ethical obligations to the public. At the very least, the spirit--if not the letter--of those obligations is being seriously breached by a lawyer who appears to be at the center of these kinds of pernicious, lawless plots and then refuses to account to the public for what he did."

We know from personal experience that this kind of behavior is all too common in the legal profession. As we have reported previously, I was unlawfully terminated from my job as an editor at the University of Alabama at Birmingham (UAB) and my wife was cheated out of her job at Infinity Property and Casualty--all because I dared to tell the truth on this blog about legal and judicial corruption in Alabama, and beyond. Evidence strongly suggests that members of the Alabama State Bar are largely responsible for our unemployed status, and as noted in the Zeese complaint, this probably amounts to criminal behavior.

Why do attorneys--who are officers of the court and are bound, as least theoretically, by voluminous ethical guides--engage in such behavior? In our view, it's largely because the law is our country's only truly self-regulating field. We took an in-depth look at this subject in a post titled:

The Hunton and Williams lawyers probably engaged in appalling behavior because they knew they were likely to get away with it. They certainly never counted on their internal communications becoming public.

Zeese filed his complaint with the D.C. bar, but this really is about the legal profession from one coast to another. It will be interesting to see if the American Bar Association has the courage to step up and take a stand on this issue, to help hold its members accountable.

America will be watching.

Below is the full bar complaint from Kevin Zeese.


Hunton and Williams Bar Complaint
Posted by legalschnauzer at 9:38:00 AM

these creepy lawyers engaged in this behavior because they've ALWAYS have acted this way.

just got caught this time. and the lawyers who were the targets- THEY REALLY DID NOT LIKE IT.

I stumbled upon "Will Bar Complaint Take The Bite Out Of U.S. Chamber's Attack Dogs?" to see if there is any encouraging news about lawyers being prosecuted for their conduct involving fraudulent foreclosures and judicial collusion.

I have been a drum major for justice along those lines for 6 years now. (see links like those below); and like so many others, I am also the victim of reprehensible judicial wrongs (see A Cry For Help).

Although I seem to never have a moment for myself, I took the time to read about the Shelby County (probably "simulated") auction, and the reprisal terminations from employment --all of which I know to well about blacklisting and illegal property extortion.

I am writing to say that I stand with you for justice and recovery of what has been wrongfully taken to ENRICH LAWYERS, but NOT return real estate to lenders. It has been a long battle, but at least more reporters and news media are exposing sufficient information whereby the average consumer can be diligent enough to be pro-active, and assist law makers in remedying consumer fraud scourge.

Lawsuits are emotionally, spiritually, and financially expensive --usually achieve little satisfaction. But, the outcome can be different when spotlights keep shining upon the facts, the truths, and the CULPRITS.

sheila bair should be absolutely beside herself that a bankster used his connections to skirt her examiners.

and it was done SO CORRUPTLY/DISHONESTLY.

video of a heist